Hundreds of Millennials Head Towards Israel for Jerusalem Day of Prayer 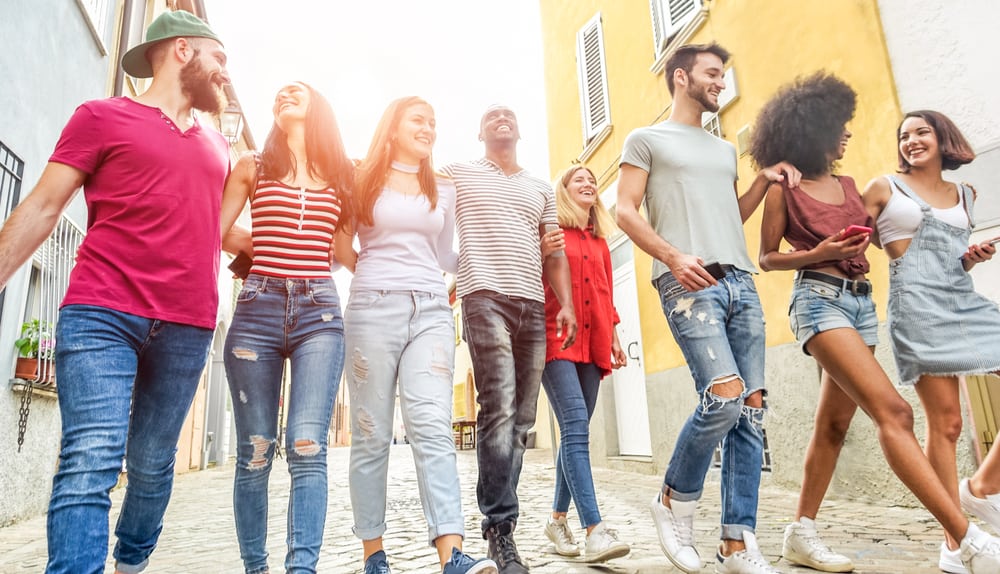 The first Sunday of every October marks the annual Day of Prayer for the Peace Jerusalem. Launched in 2002, by Evangelical Christian Leaders, Dr. Jack W. Hayford and Bishop Robert Stearns, millions around the world now join in on this annual observance. This year, however, hundreds of millennial evangelicals are not just praying, but they are engaging in a 21 day fast, and then traveling to Jerusalem, many of them for the first time.

The year the keynote speaker is MK Michael Oren. Joining him will be Rabbi Marc Schneier, former head of the World Jewish Congress as well as a host of other luminaries and leaders from Israel and around the world.

Robert Stearns, the host of the event, has long been a leading figure in the pro-Israel global community. He leads both Eagles Wings, a New York based organization, and a sister organization in Los Angeles, the Israel-Christian Nexus.

“We are hearing a lot of reports about a decline of next generation evangelical support for Israel,” Robert said. “But gatherings like this one are a strong part of the remedy to that. Millennial evangelicals simply need a re-introduction to Israel, not only from a Biblical basis, but also from a basis of things which speak to them, like human rights and social justice.”

32 year old Adam Mesa, senior pastor of the 8000 member Abundant Life Worship Center outside Los Angeles, was profoundly impacted by a journey to Israel with Robert Stearns. “Israel was very important to my parent’s generation because they witnessed the rebirth of the Jewish State and it fit in with their view of Bible prophecy.

“For me, I was not interested in Israel, until I went with the Nexus trip. I was amazed to learn other facts, such as the reality that Israel is the only nation in the Middle East where the Christian population lives in real security and religious freedom. An awareness and support of Israel is now a part of my daily life and ministry. I feel like my life has been married to Israel.”

Hundreds are expected to attend the event and are coming from approximately 20 different nations. In preparation, many have been on a 21 day fast, which began on Rosh ha Shana and is scheduled to end on the last day of Succoth.

The main “kick-off” event, The Global Day of Prayer for the Peace of Jerusalem, will be held on Sunday, October 7th at the Tayelet Haas Promenade at 4pm.

This will be broadcast LIVE globally by GOD TV and will take place in churches and congregations around the world that Sunday. GOD TV is one of the largest Christian television networks in the world with millions of viewers. Immediately following the Day of Prayer for the Peace of Jerusalem will be the Awake Jerusalem opening session, also, televised on GOD TV, from 6pm-8pm.

“I have seen Robert Stearns work for Israel up close. It is nothing short of transformational. If the Jewish community wants to know the future of Christian Zionism, look to Robert Stearns and Eagles Wings, and get behind him with all your heart and all your soul.” – Rabbi Pini Dunner.

After the main event, the group will be doing “prayer vigils” at key sites throughout Jerusalem, such as Yad Vashem and the Southern Steps of Temple Mount. The group will also be holding an event in Bethlehem, in cooperation with the Palestinian Christian population.

Palestinian Christian leader Maher Canawati said, “Robert Stearns and Eagles Wings are one of the primary Christian groups who always, faithfully remember the difficulties of the Palestinian Christians. Even in the most difficult of times, he has always brought his groups into Bethlehem and brought much assistance to the Christians living here. Robert is one who is building a trusted bridge between the sons of Isaac and the sons of Ishmael.”

Click to find out more about the Day to Pray for the Peace of Jerusalem.

This article was written by Wendy Miller