MIND THE MISSION GAP: LESS THAN 1% OF CHRISTIANS ARE ACTIVELY INVOLVED IN GLOBAL MISSION 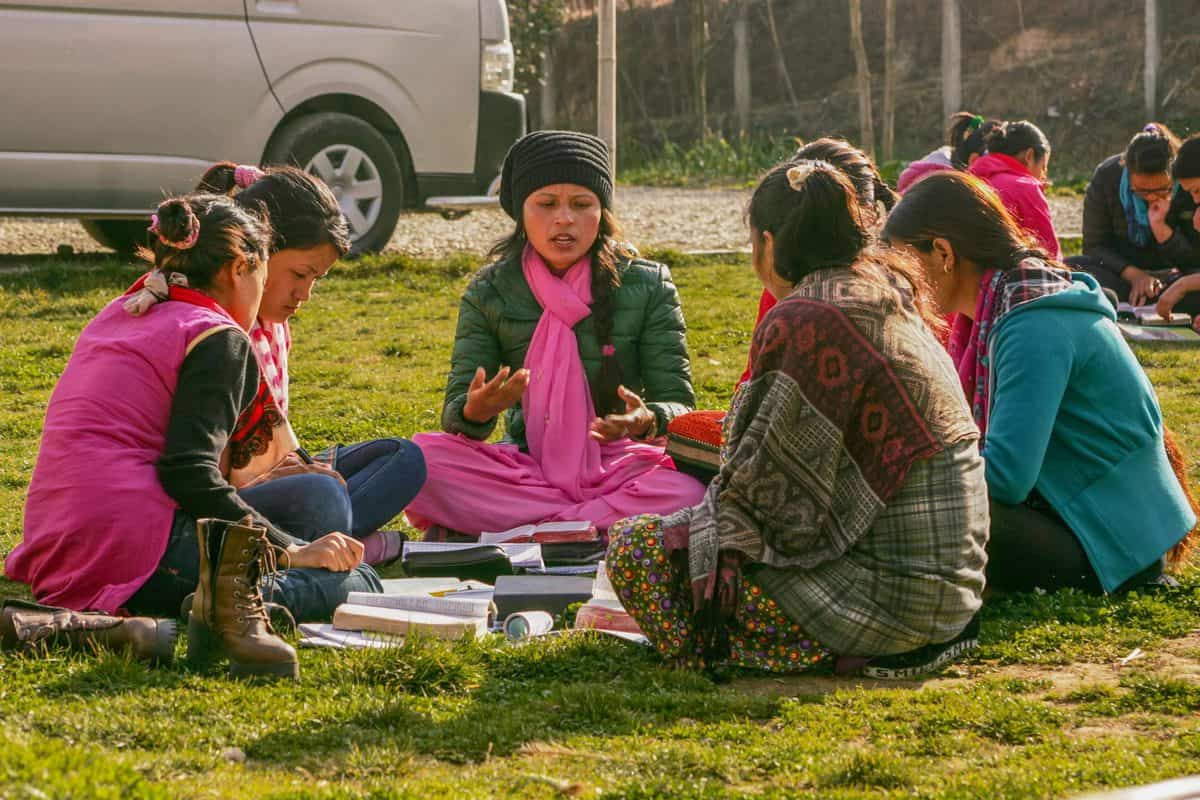 In recent years at Operation Mobilisation (OM) we, along with other mission agencies, have noticed a decline in the number of British Christians engaging in cross-cultural, overseas mission. The urgency to go out and reach the 2.1 billion people in our world with no gospel witness, no church to show God’s love through Christ, has significantly dwindled. Less than 1% of Christians around the world are actively involved in global missions, something we have termed the ’Mission Gap’.

Has the Church – in some quarters – moved away from the core belief that as followers of Christ we are all called to go to the ends of the earth, to every people group, to witness and make disciples?

A lot depends on your definition of mission. Mission can be the local mums and tots groups, the food banks, the Alpha groups and inviting people to online Christmas carol services. During lockdown the move to online church has seen a surge in people connecting with the message of Jesus and His church. All of this is good outreach. So, are people really moving away from mission?

In some senses no – the pandemic has highlighted this as churches rally to engage in local mission – but there are noticeably fewer followers of Christ willing to forsake life as they know it and take the leap abroad into places where there is little chance of the people hearing the Gospel. Why is that?

Is it a question of the depth of discipleship in our churches? Has it perhaps become all too comfortable to be a Christian in the Western church – to tick the box, but have no depth of commitment, as seen in the declining church numbers and meetings? Is a lack of depth in our commitment to Jesus and his Great Commission and the ease in which we all (myself included) can fall into self-centered Christianity behind why people are not queuing up for mission in foreign countries, saying along with Isaiah: ’Here I am, send me!’?

Then again, in our politically correct climate, it is not acceptable to say Jesus is the only way to salvation. If we begin to doubt that He is the only hope, what is the point of telling others? Or do we fear if we do tell others, we will be rejected and face persecution?

This year we’ve had to contend with the reality of COVID-19, including declined resident permits and visas alongside travel restrictions. The result has been a drop-off in enquiries for short and long—term mission. Like churches, we’ve had to adapt how we operate as a missional movement during lockdown.

We’ve found the pandemic is an opportunity to re-engage with mission in a fresh new way, both within our own borders and beyond. For instance, one of our mission partners who hails from Bulgaria, is a Turkish-speaking pastor in north London, whose services attracted 50 people before` lockdown. Four weeks later, in the height of the UK’s first lockdown, more than 1,600 Turkish-speakers tuned in for a live-streamed service from this same church.

The word mission comes from the Latin missio, meaning to be sent. We’ve traditionally thought of sent ones as missionaries going to foreign lands, but whether we are crossing continents or just crossing the road, we’re all sent if we are followers of Jesus.

My wife and I spent 20 years pioneering OM’s work in Moldova. Our vision was to be sending out Moldovan missionaries to the Muslim countries of Central Asia. This is now happening, and we have many Moldovan workers around the world, but it all started with prayer. If the church is not praying for the world, they will not have a vision to go. First comes prayer, then vision, then going.

As a church in the UK we are called to look after our flock, but also to be looking out beyond our own boundaries. When the pandemic started, Mark 4:35 came to mind: ‘Behold, I say to you, lift up your eyes and look at the fields, for they are already white for harvest!’

The phrase ‘lift up your eyes’ has stayed with me. Could this time of uncertainty be an open door for the UK church to step out, look up to the Lord of the harvest and ask Him to send out His workers? The number of people in the world who don’t know Jesus – and have little opportunity hearing about Him – is staggering and growing by 55,000 a day. If faith comes from hearing the message, and the message is heard through the word about Christ, are we prepared to share that message at any cost?

We at OM are here to help, encourage and inspire. We believe that Jesus can use the pandemic as a catalyst for His church to share God’s love and truth with those who need it most.  Together with many churches in the UK and around the world, we are praying for a move of God that would revive us as disciple-makers. Let us together lift up our eyes and see that the fields are ripe for harvest, not just locally but beyond our own shores.