Minister Of Defense Gantz Meets With King Abdullah In Jordan

written by The Israel Insider January 6, 2022 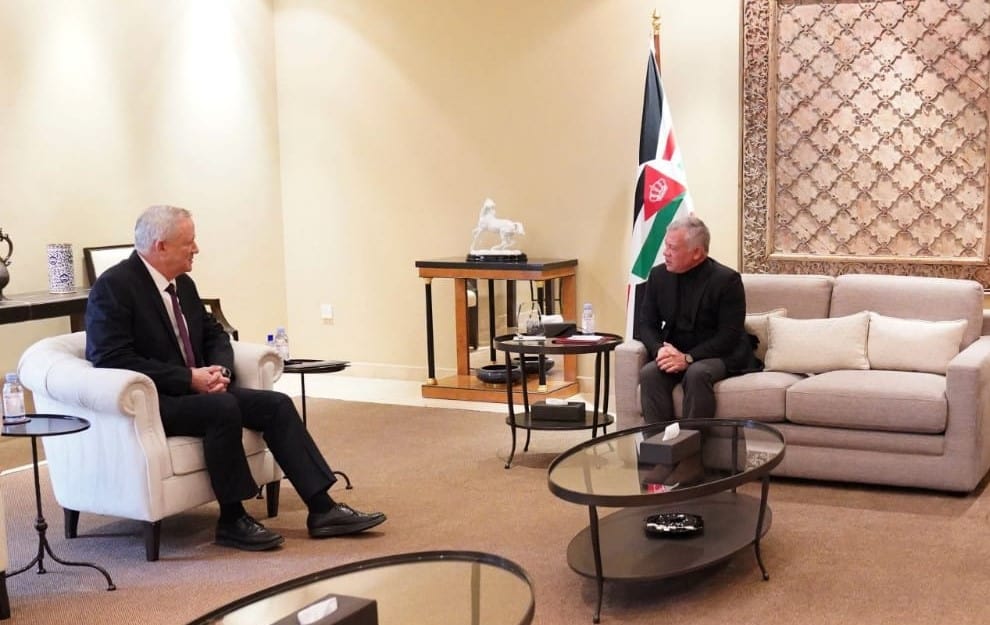 Israel’s Minister of Defense Benny Gantz traveled to Amman, Jordan, on Wednesday for a meeting hosted by King Abdullah II, the King’s latest meeting with a senior Israeli official.

In the meeting, Gantz “highlighted the strategic importance of strong and enduring relations between Israel and Jordan, which contribute to the security and prosperity of both nations,” the Defense Ministry stated.

The dialogue “focused on security and policy topics, and Gantz thanked King Abdullah for “his leadership and for the Kingdom’s critical role in maintaining regional peace and stability.”

Gantz further “welcomed the expansion of relations between Jordan and the current Israeli government,” and “expressed his commitment to further developing security, economic and civilian exchanges.”

King Abdullah “reiterated the need to maintain calm in the Palestinian Territories, and to take the necessary measures to create the horizon needed to achieve just and comprehensive peace, on the basis of the two-state solution,” Jordan’s official Petra News Agency reported.

This meeting is the latest in a series of summits between King Abdullah and senior Israeli officials.

The exposure of the meeting apparently caused embarrassment to the Jordanian monarch, who wished to keep the meeting a secret. Bennett’s office was reportedly forced to call the palace and apologize.

Bennett, Herzog and Lapid have met with Abdullah in recent months but only the meeting with Ganz was publicized with a picture of the two. Israel’s flag was not presented at the meeting while that of Jordan was.

Israel’s diplomatic relations with Jordan have been tense for years, and especially after the Hashemite Kingdom announced it would withdraw from part of the peace agreement with Israel.

While Jordan officially remains committed to the peace agreement, relations are limited largely to behind-the-scenes security ties and some environmental cooperation.

The Jordanians overwhelmingly reject the peace agreement and any form of normalization with Israel.