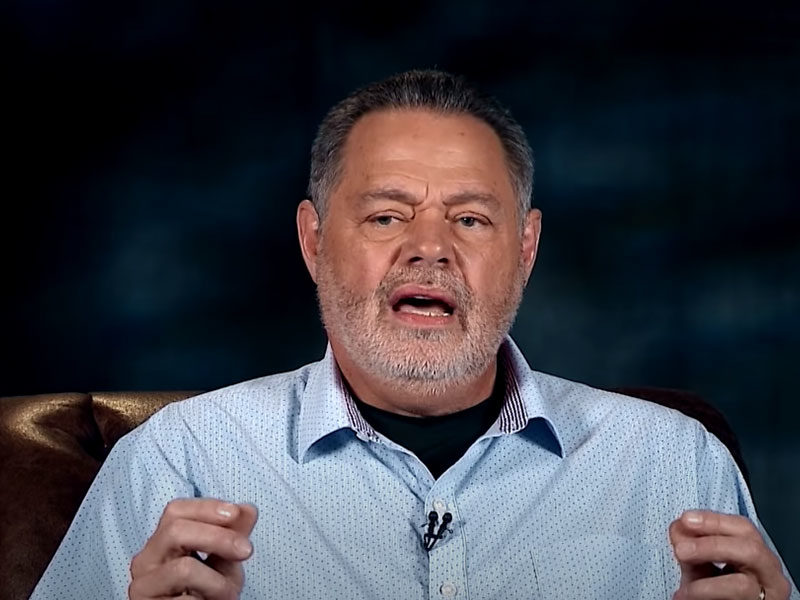 Dr. Rodney Hogue started volunteering in ministry in the 1970s. He became a staff member at different churches and even attended seminary. And one day, during a seminary class as a young man, the ministry leader learned about casting out demons. A pastor testified how he ministered to two demonized Christians whom Jesus set free. Back then, he did not believe in Christians having demons. He didn’t believe it was in his theology. So, he decided to get out of there.

Rodney left but wondered what he just heard. While driving down the road, he meditated, “How can this be? Christians having demons? How does this work?”

Suddenly, the Holy Spirit spoke to him so clearly in an audible voice, “Rodney, that’s what you have.”

He got upset and told the demon, “You can’t have me! In Jesus’ Name I command you to leave me!”

“Then I felt this thing leave!” he said. “Then I thought, ‘Oh no. Now I’ve just had an experience I don’t believe in.’”

Rodney didn’t want to tell anyone what happened, especially the pastor who shared with him about casting out demons. He was still so overwhelmed by his recent supernatural experience, it took some time to sink in. He tried to figure out what happened to him.

In 1982, Rodney and his wife moved up to Washington state. He started pastoring in that place and surprisingly ministered to his very first demonized Christian. It happened when his wife brought over a friend his wife suspected to be inflicted by a demon. She did this so he could minister to a woman

Rodney slightly panicked because he didn’t know what to do.

“This lady comes over and I still don’t know what to do. I’ve never seen a deliverance session. So like how do you get one of these started?” he recalled.

Then he read the Scripture and the lady simply looked at her, complimenting the “nice verses.”
They prayed, and when Rodney finished praying, the lady couldn’t open her eyes. So he commanded the lady’s eyes to be opened in Jesus’ Name. And they opened up!

Then again, the lady couldn’t hear anything.

“I can see your lips moving but I can’t hear anything,” the lady told him. It seems she has gone deaf, but once again, Rodney rebuked the ears to open up also.

That night, Rodney witnessed the face of freedom after deliverance. The Christian lady was delivered!

Since then, he told God, “Lord, I don’t like the mess. But I love that look. And Lord, I will do that whatever it takes to see that look of freedom, because I love freedom.”

For just $100 per month you can bring the gospel to 10,000 homes. Join us as media missionaries! GIVE NOW
VIEW COMMENTS
« Ivanka Trump And Paula White Distributes Over 500 Food Boxes To Those In Need 15,000 Cookies Were Delivered To Essential Workers After 2 Dads Made A Joke About Baking »