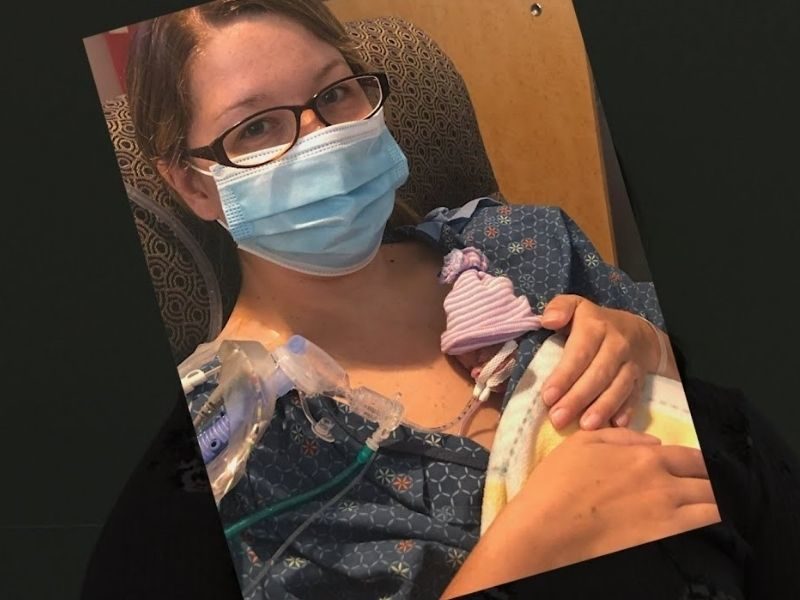 Harper Rose Schultz defeated all odds when she was birthed four months before her due date. Astonishingly, she weighed only less than a pound. But today, she finally goes home with her family. Patrick, Harper’s father, calls it “nothing short of a miracle.”

Covenant HealthCare, the hospital that Harper’s parents went to, uploaded a video showing Harper’s journey from birth to discharge. In the video, Patrick shared that he and his wife, Wendzik, went to the hospital because of the abdominal pain Wendzik experienced.

“We came in for some abdominal pain that was radiating down her sides, and we just thought, ‘Worst case, we’d go home on bed rest.'” The couple did not expect to see their baby that very day.

Wendzik recalled, “That day went by so fast. When they told me later in the afternoon, ‘we’re taking you in for an emergency section,’ my mind was blown. We expected somewhat early, just not that early.”

Just less than a pound

And on June 29, four months before her due date, Harper was born. She weighed just 11 ounces. But the Covenant HealthCare NICU did everything it takes to resuscitate Harper. And now, she weighs a healthy 6 pounds and 10 ounces.

Dr. Martin Nwanko revealed that Harper is “the smallest baby that we’ve ever resuscitated.” He continued, “To see her grow from where we started to going home now in reasonably good shape, it’s mind-boggling for us. We’ve never done this before.”

He added that half of the hospitals in the United States would not have attempted what they did.

Dr. Nwanko revealed that hospitals would not attempt to save Harper because the equipment is too big for her, a micro-preemie. So, there is a much greater risk of hurting or, even worse, killing her.

But thankfully, Harper proves to be the little champion she is. Patrick said, “She’s such a blessing, and we are just so thankful. The fact that they can take something so small and be life-sustaining is nothing short of a miracle.”

ALSO READ: Doctor Says She Will Deliver A Dead Baby But God’s Intervention Changed That Reality

For just $100 per month you can bring the gospel to 10,000 homes. Join us as media missionaries! GIVE NOW
VIEW COMMENTS
« Woman Who Had Abortion Meets Jesus & Her Aborted Daughter In Heaven Filling the Holidays with Fun, Meaningful Moments »