A Miraculous Escape: 10-Year-Old Girl Pries Open The Clenched Jaws of an Alligator 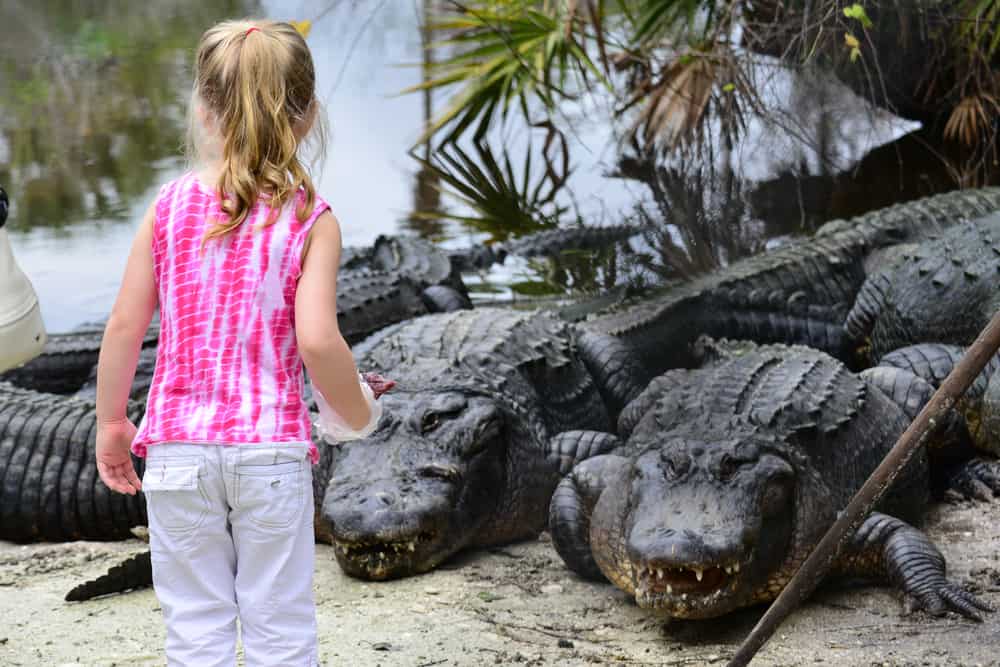 Do you ever feel like you are trapped in the locked jaws of life – stuck with no options left? Well, this past weekend, as 10-year-old Juliana was wading into shallow water in a designated swim area at Lake Moss Park, Florida, she really did become trapped – in the jaws of a hungry 8-to-9 foot alligator.

This is the stuff of legends, or at least the modern day equivalent – “I Survived” and “Human Prey.” Even a strong adult would have trouble escaping the alligator’s unflinching grasp. But not only did this courageous girl escape; by God’s grace, she escaped with all of her appendages – miraculously only in need of 10 stitches.

“To get an animal with the strongest bite on the planet to let go of you is a miracle.”

When the alligator’s jaws tightened around her, Juliana didn’t panic. Instead, she executed the get-away moves she had previously learned at Gatorland, a Florida adventure park. As she explained to local officials, she poked the alligator’s nostrils and pried its mouth open. How bold!

A Gatorland representative, Donald Alderelli, commented that Juliana’s escape was, indeed, a miracle: “To get an animal with the strongest bite on the planet to let go of you is a miracle.” He took pride in the fact that a Gatorland educational program had saved her life.

A local trapper captured and euthanized the aggressive alligator. Meanwhile, local parks and recreation officials have temporarily closed the park to conduct a review and discuss how to prevent future attacks.

When you’re open water swimming in the ocean, you expect the turbulence of waves, the salty-sting of the water in your eyes, and maybe even a distant shark fin (cue Jaws theme song). But if you’re a little girl on a weekend getaway with your family, inching your way into the designated swim area, you probably aren’t expecting much trouble.

Even on the bright, sunny vacation days of life, unimaginable horrors can pop up and trap you. Life is short, and tomorrow is no guarantee. But if you’re a Christian, you have been redeemed by God’s amazing grace. With this knowledge, you can approach life’s challenges with the calm confidence of knowing that God is on your side. As Romans 8:31 so eloquently asks, “If God is for us, who can be against us?”

Because of her training, Juliana approached the alligator attack with the calm confidence of a highly-experienced trapper. Jesus teaches us to follow Juliana’s example and be calm in the face of the unthinkable. In fact, when His disciples were shaking in their boots at the tossing and turning of a violent storm, Jesus was napping – wait what?! Yes napping.

With God’s love in His heart and on His mind, Jesus had nothing to fear – not even death. He knew His father would provide – and provide He did. Jesus calmed the storm, and He and His disciples escaped unscathed.

The Lord Goes Before You

Juliana had taken necessary precautions to prepare for the unimaginable. She knew how to fend off alligator attacks. Of course, Juliana had no idea that her education at Gatorland would one day save her life. God had simply equipped her to come out victorious.

Like Juliana, you may not know right now how God is molding you and equipping you for future challenges, but one day you will see. According to 1 Corinthians 12: “Now I know in part; then I shall know fully, even as I have been fully known.”

How is God preparing you today to handle the clenched jaws of tomorrow?