Missionary Disciples Over 1,000 North Koreans Before Being Killed By Authorities | God TV
Articles 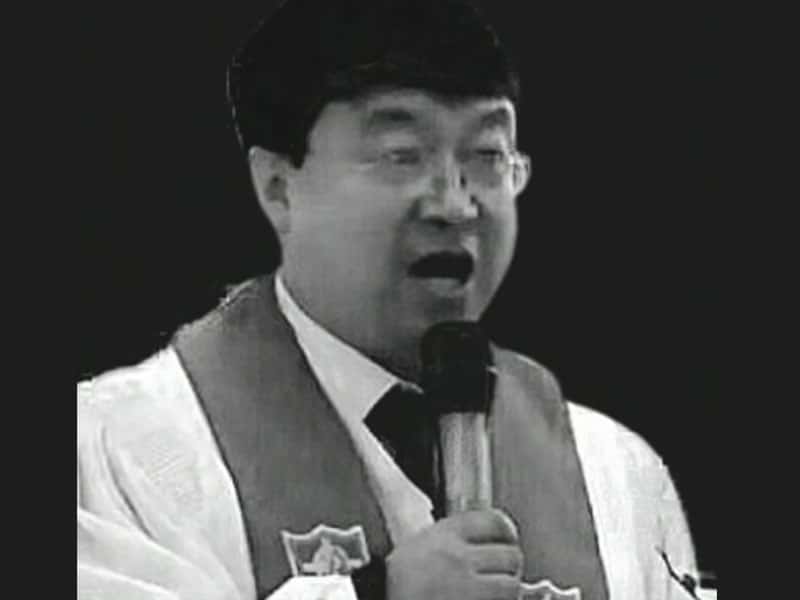 Rarely do we hear stories of North Koreans giving their life to Christ. For one, even mentioning the Christian God is an act of treason in their country. Thus, it is strictly forbidden. And two, North Koreans were taught that all missionaries are terrorists who will deceive and kill you. That’s why the story of the Chinese missionary, Pastor Han, leading over a thousand of North Koreans to Christ is amazing. His ministry tragically ended when assassins martyred him on April 30 of 2016.

According to the reports from Voice of the Martyrs, Pastor Han Chung-Ryeol and his wife were helping North Koreans ever since they arrived in the Chinese border town of Changbai in 1993. Pastor Han was sent to lead a small church of ethnic Korean Chinese in the area. North Koreans and Chinese are free to cross and re-cross the border. However, he and his wife never thought they would end up ministering to North Koreans.

“It doesn’t matter if we wanted to do North Korean work or not. They just keep coming. When you see them you can’t get away from doing this ministry. When they come to China they are really starving; that is why they come. They don’t have clothes. When you meet them face to face there is no way you don’t want to do anything,” Mrs. Han said.

Because of Mrs. Han’s compassion to North Koreans, she visited the country to provide rice for the orphans. Of which, she was arrested for acting suspiciously. After 72 days, she was released. But even that didn’t stop Pastor Han and his wife from helping people and sharing the Gospel with them.

After several years, Pastor Han had discipled over a thousand North Koreans near the border. One of them was Sang-chul.

“Pastor Han gave his life. But he gave hope to me and many other North Koreans,” Sang-chul recounted.

Sang-chul fled across the border to find food. He was hoping to make a living by selling mushrooms in Changbai yet he couldn’t because he didn’t speak Chinese.

“But in the mountains, I met a man. He said, ‘I can sell those for you.’ And he didn’t cheat me. He gave me all the money from the sell.” That was the first time he met Pastor Han.

Martyr John Chau’s Video Message to Christians Before His Death

Then he continued, “One day, I asked why he would do this, for he himself was in great danger for assisting a North Korean. ‘It’s because I am a Christian,’ he said. That made me afraid. Was he going to eat my liver?”

After some time, Pastor Han told Sang-chul, “God is real. There is hope for every person.”

“Nobody says that word. We know it is an act of treason. To speak the name of God can lead to soldiers coming in the night. There will be no trial,” he recalled.

Eventually, Pastor Han’s boldness to share Jesus bore fruit. Because Sang-chul himself was secretly leading people to Christ too, inside the borders of North Korea.

One day, they heard the news of North Korean authorities giving honor to assassins for killing a “terrorist-missionary” near the border of Changbai. Automatically, they knew that it was Pastor Han.

According to Mrs. Han, Pastor Han received a phone call at 1:30 in the afternoon. She didn’t know who her husband was talking to and he left alone. Around dinner time, she became worried for he was already late. Normally, he would already be at home during that time. So she called the police.

And by 7pm that evening, they found his body in his car. His heart was stabbed, his neck was slit and he had deep wounds on his head—a method commonly used by North Korean assassins.

Pastor Han died but the legacy he left to thousands of North Koreans continues.

Sang-chul spoked lovingly of the man who led him and so many others to Christ, “Despite the ever-present danger, many of us will continue to share the message that God is real. We hope that our sacrifice – when the day comes – will be worthwhile, just like it was for Pastor Han.”

For just $100 per month you can bring the gospel to 10,000 homes. Join us as media missionaries! GIVE NOW
VIEW COMMENTS
« Water Poured Out Changes to Wine Are You Wearing Holy Spirit Glasses? »