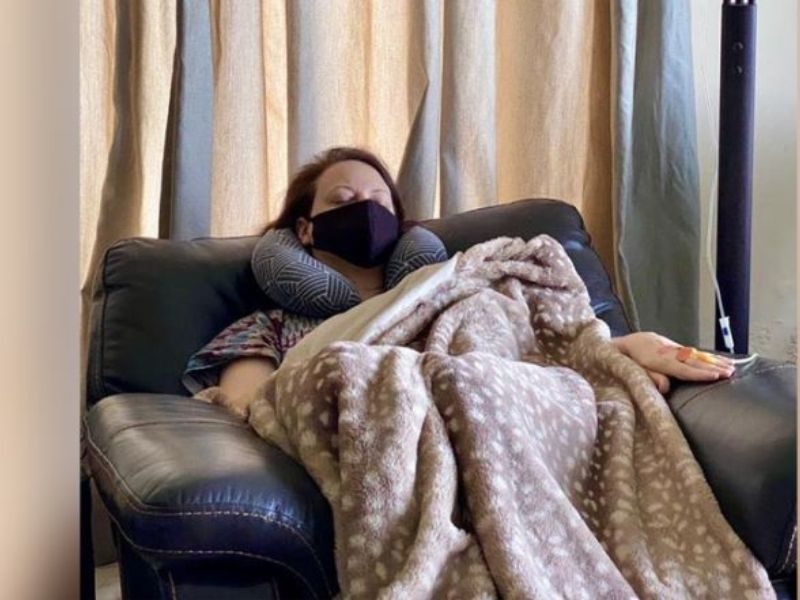 During the pandemic, a missionary infected with Covid-19 who served in Africa praises God for the healing she experienced after God prompted her to sing and worship.

LaVonna Ennis and her husband, Scott, were not exempted from the impact the pandemic brought. The missionary couple was having a hard time ministering to the church because of the restrictions.

They were given a chance to go back to the United States. But the couple decided to stay and serve the community they were in.

They continued holding Bible studies and mentoring while observing safe health protocols. However, they began experiencing the symptoms at the end of July.

LaVonna recalled her condition getting worse. “On the night I was the sickest, the electricity went off (nothing unusual), silencing the soothing praise music. As I woke up, I saw demonic spirits of death flying near the ceiling. I could almost feel the harsh breeze caused by their wings,” she said.

“I whispered, ‘God, I am ready to meet you if you are ready to take me. But, I rebuke these spirits of darkness.'”

I raise a hallelujah

She then felt the Holy Spirit prompting her to worship. She continued, “I felt a gentle nudge from the Holy Spirit: ‘You’re going to have to PRAISE your way through this.’ I wasn’t sure exactly what that meant, but I began to worship God in a whisper.”

LaVonna chose to sing Bethel Music’s ‘I Raise A Hallelujah.’ She whispered the first verse of the song as she no longer had a voice at the time.

Then, she saw the light piercing through the darkness amid the demons. So, she continued. “I felt the evil spirits move to the edges of the room and the center was filled with light. As long as I praised, the darkness remained at bay. But when I stopped praising, they fluttered back to surround me. I continued to whisper praises and worship songs for about six hours. Finally, well after the sun was up, I no longer sensed evil in the room, though my body was still weak and ravaged with the disease.”

After her supernatural experience, LaVonna started healing and gradually regained her strength. “We are so thankful to God for His hand of healing and direction through this journey. He has taught us much about trust, obedience, and His faithfulness!”

For just $100 per month you can bring the gospel to 10,000 homes. Join us as media missionaries! GIVE NOW
VIEW COMMENTS
« Dogs Attack 11-Year-Old Boy, Then God Sends Off-Duty Officer To Rescue God’s Word For You Today: Claim Every Promise Of God For Yourself »