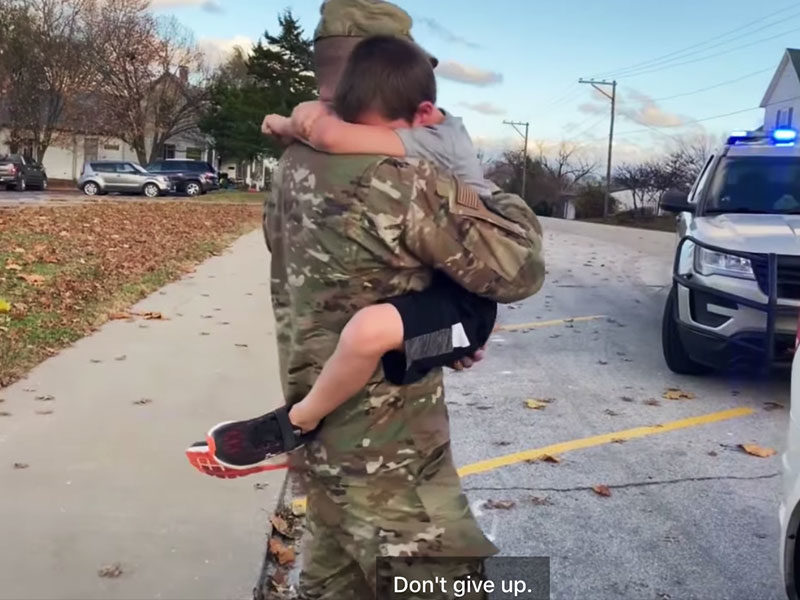 A Missouri deputy sheriff surprises his son with his homecoming after being deployed for Afghanistan, and it was an emotional reunion for the father and son!

Veterans Day is here again, a day that the United States honor military veterans for their sacrifices and service to protect the nation. Thus, heartwarming homecoming videos of militaries are flooding the internet. But one recent video of a deputy sheriff surprising his son with his return touched the hearts of over five hundred thousand. 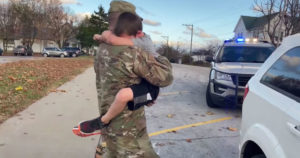 In a video shared by ABC 13 – WSET, Deputy Sheriff Clint Thomas and his little boy had an emotional reunion. He came from Bagram, Afghanistan, to serve with the United States Airforce. Hence, he was away from his family for four months.

At first, the son did not know. The video footage showed that the deputies in a police car pretended to stop the car his son was in. They pulled over, and one deputy acted talking with the sheriff’s wife. But the son did not know that his dad was coming to him. 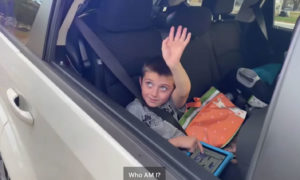 Then Deputy Sheriff Clint looked through the window and said, “What’s up dude?”

While playing with a gadget, he simply smiled. But when he realized it was his dad, he immediately climbed out of the car’s window and tightly embraced his dad. The little boy cried and stuck his head on his dad’s chest while tightly hugging him like a koala stuck on a tree. And for an extended period, the son did not let go of his dad.

After a 4-month deployment with the U.S. Air Force in Bagram, Afghanistan, it is evident that the two have missed each other a lot. Indeed, watching them is heartwarming.

Today, we honor all the veterans who have put their lives on the line to keep the people safe and secure. God bless the Veterans!

For just $100 per month you can bring the gospel to 10,000 homes. Join us as media missionaries! GIVE NOW
VIEW COMMENTS
« 6-Year-Old Initiates Chain Reaction At McDonald’s Drive-Thru With Car Paying For Customer Behind 11-Year-Old Who Died In Accident Becomes A ‘Miracle’ For Others »