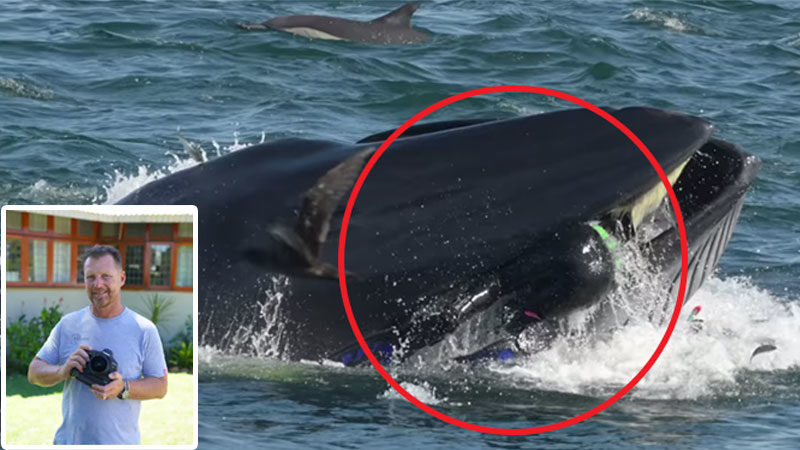 They are saying it is the Photo of The Year 2019, a picture of a diver in South Africa in the jaws of a Bryde’s whale. It sounds unbelievable but the photo proves it! Could  this support the Biblical account of Jonah in the Old Testament? And could it be a prophetic warning for us today?

According to a Fox News Report, diver Rainer Schimpf, survived after being scooped up into a whale’s mouth off the coast of Port Elizabeth, South Africa last month. He and his team were recording the annual sardine run when underwater photographer Heinz Toperczer,  captured the images of the local tour operator  in the mouth of the whale.

“We were very astonished that out of nowhere this whale came up,” Rainer told Sky News. “Then suddenly it got dark… Once you’re grabbed by something that’s 15 tons heavy and very fast in the water, you realize you’re actually only that small in the middle of the ocean.”

Bryde’s whales are named after Johan Bryde who built the first whaling stations in South Africa in the early 20th century. 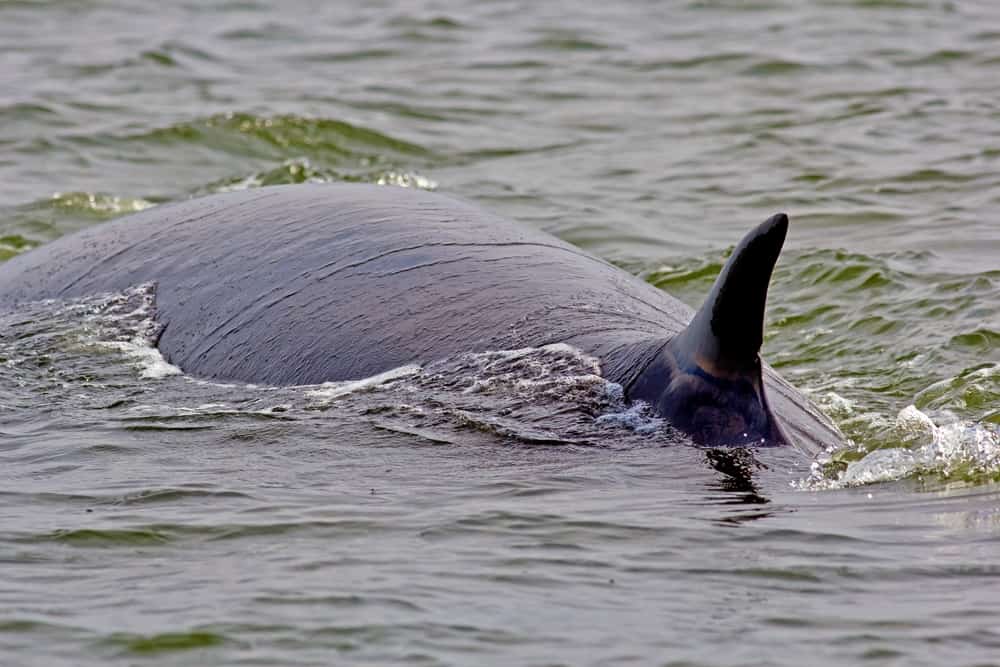 In the book of Jonah we read the story of how the prophet refused to go to the city of Nineveh and warn it of impending disaster.  He was thrown overboard but survived by being swallowed by a whale. Only, unlike Rainer,  Jonah  stayed in the whale’s belly for three days and three nights.

Through this supernatural encounter, Jonah repented and finally went to Nineveh and the city was saved. This is an illustration of what God can do in our lives even when we refuse to co-operate at first, and how He can turn all things towards good.

Not everybody believed the Old Testament account about Jonah but Jesus did. He referred to it in Matthew 12:39-41 – “He answered, ‘A wicked and adulterous generation asks for a sign! But none will be given it except the sign of the prophet Jonah. For as Jonah was three days and three nights in the belly of a huge fish, so the Son of Man will be three days and three nights in the heart of the earth. The men of Nineveh will stand up at the judgment with this generation and condemn it; for they repented at the preaching of Jonah, and now something greater than Jonah is here.”

Watch the video below and be amazed. If a whale can grab a fully grown man in its mouth, it doesn’t take much more to swallow him, proving what happened in this ancient book of the Bible. Furthermore, Jesus talked about Jonah being a sign of what He accomplished for us on the Cross. Complete forgiveness from sin so that we do not have to visit hell but make our home in Heaven.

To me, this incredible feat of nature must carry some prophetic warning for today. It’s almost as it God is saying, what I did in the book of Jonah I can do again in your generation. Let this be a caution to you to repent and share the Gospel to the city where God has called you, while there is still time.

For just $100 per month you can bring the gospel to 10,000 homes. Join us as media missionaries! GIVE NOW
VIEW COMMENTS
« Christian Teenager Brings Katy Perry To Tears During Her American Idol Audition The Front Line Of Love »