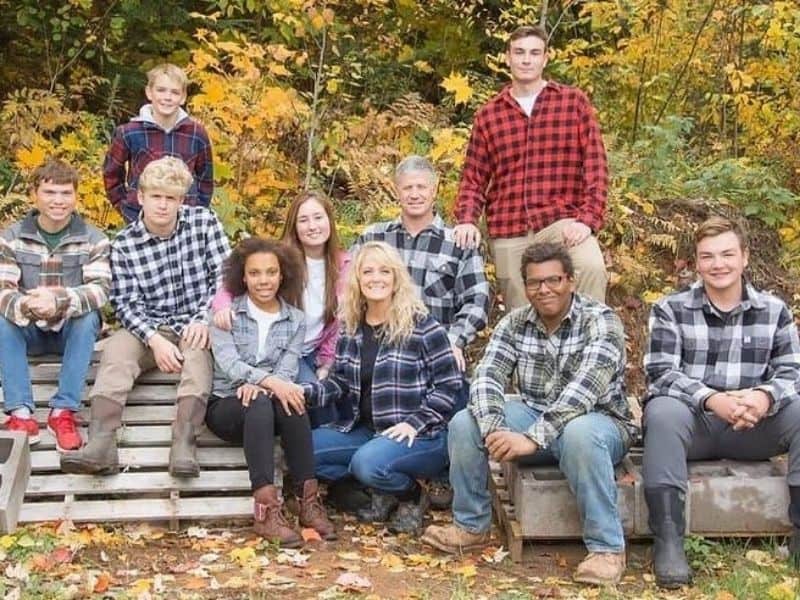 Mom of 8 children, 7 of which are adopted, has gained a following on her social media platform after sharing fun and inspiring videos about her family. Her uplifting posts was attempting to normalize a big, adopted family.

Heather Bell and her husband always wanted to have a large family. But before they got married, Heather had undergone surgery to remove her ovary due to endometriosis. It is a disease where tissues that are supposed to be formed inside the uterus are found in the ovaries, pelvis, or bowel.

Subsequently, the couple tried to bear a child for years. After 4 struggling years, they opted to try in vitro fertilization. They went through the whole process, but a week before actually doing it, Heather backed out.

“I just didn’t have an easy feeling, so we decided not to do that,” she said. So, they decided to go for adoption. 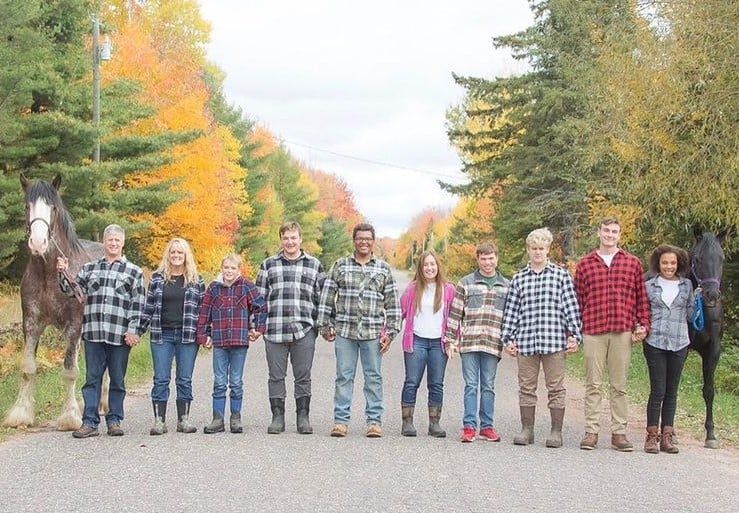 Adopted children are blessings to the family

They then looked for a private adoption agency, but it costs $12,000 to adopt a child. At Christmas time, Heather’s parents and her husband’s parents gave them the money for adoption. And finally, they adopted their first son, David.

The couple wanted to have more children, but they couldn’t afford the cost. So, they went into foster care. There, they met their second adopted son, Joshua.

Apparently, Joshua suffered brain damage after being shaken by his biological father when he was still two-years-old. Today, Heather calls Joshua their “miracle baby” after surviving all the odds.

In 2004, Heather got pregnant with Gideon. She and her husband were surprisingly delighted because they were told that they could not have any kids. But after having three children, they were not yet satisfied.

Then, Isabella came into their home when Isabella’s mother dropped her at a friend’s house.

Shortly after, the foster care called Heather because they had a 9-year-old little girl who wanted a big family. So, the Bells welcomed Hailey into their growing family.

God knew we needed each other

And then, Noah came into their foster care. She fostered Noah because Noah’s siblings, Robert and Brendan, were living next door. But when Robert and Brendan’s dad had a heart attack and died, Heather knew she needed to step up for the boys. So, they ended up adopting Noah, Robert, and Brendan.

All in all, they now have 8 children, and each of them has a unique and special contribution to the family.  “God knew we needed each other to be a family,” Heather shared.

To see more of their videos, check out Heather’s Tiktok page.

@heather_liftsandfarmsEverybody has been asking for my story. Here it is ##storyofmylife ##momsoftiktok ##foryoupage ##fyp ##adoption♬ What If (I Told You I Like You) – Johnny Orlando & Mackenzie Ziegler

Daughter Dies In Home Explosion, But Christian Family Chooses To Bless The Lord