Son Came Back To Life After His Mother’s Prayer 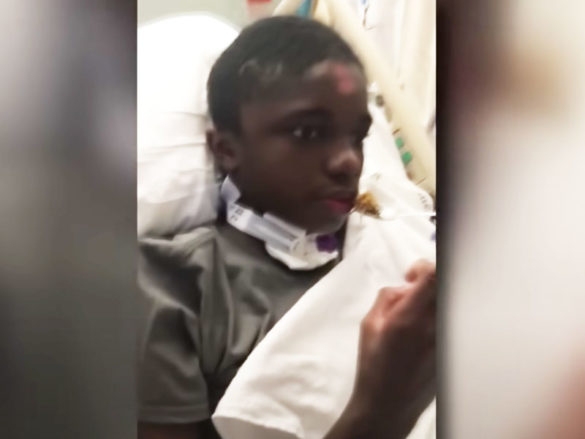 A mom whose son met a horrific car accident and was pronounced dead witnessed a miracle as she prayed and laid hands on her son’s lifeless body.

A year ago, La’Kisha Brinson received a heartbreaking call that significantly tested the mom’s faith. She apparently got a call about her 15-year-old son, Torianto “Junior” Brinson, who met a horrific car crash. Near their home in Missouri City, Texas, he was found lifeless because of an accident. 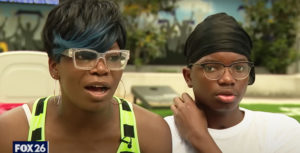 “Mom, you need to get here now,” La’Kisha’s daughter told her hysterically at that moment.

So, the mom and her husband immediately responded and drove towards the scene. That’s when they saw Torianto laying in the street, thrown from the wrecked car.

“There were four emergency services working on him,” she recalled. “And he wasn’t responding, he wasn’t breathing, he wasn’t moving. He was just laying there.” 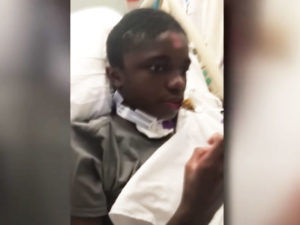 The situation seemed hopeless. And when the teen arrived at the hospital, doctors pronounced him dead.

“They told us that he was gone,” La’Kisha recalled. “There was nothing they could do, and I remember asking them, ‘You’re just going to let my baby just sit here?’ and they were like, ‘There’s nothing they can do.'”

The teen boy suffered from brain damage and was in a critical condition. But despite what seemed like a dim circumstance, the mother never ceased and hoped in God for a miracle. She prayed for her son with her family and witnessed God’s power before their eyes.

“I was holding his hand, and I prayed and told him: ‘Junior, I need you!'” La’Kisha recalled. Then one minute later, she saw her son’s hand move.

Following the miracle, the medical team sent Torianto int emergency surgery. For months,  he was in a time of recovery.

In a post that La’Kisha shared on Facebook, she testified to God’s goodness in the impossible situation.

“But God…. But God….. But God….,” she wrote. “After almost a year of praying, work, affirmations, work, prayer, affirmations, faith, FAITH, and more Faith. What Satan attempted to steal from my son, God restored back to him..”

Then finally, the mom remarked, “Every mother, every Father, every person. It does NOT matter what man says, all you need to know is what GOD says. For he has the final Say. “I pray this story ministers hope to your souls.”