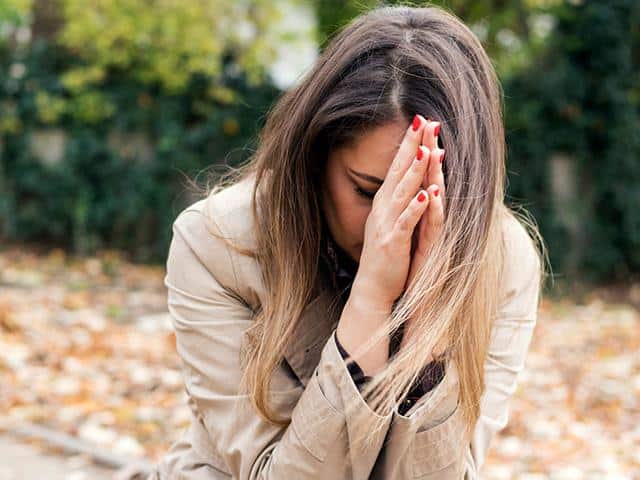 What makes the best kids is the best you. At the risk of sounding all Joel Osteen, I believe the number one way to be your “best self” is by remaining close to God. You + God = happy mama, and everyone—the hubs, the kids, and the snarky school secretary you almost assaulted during last month’s estrogen surge—really does agree.

It makes total sense—when you’re with God, you manifest His characteristics: patience, long-suffering, kindness. Did I mention long-suffering? And you’ll be much more equipped to handle your two-year-old dispersing fireplace ash around the carpet or your son telling you his waterfowl report is due tomorrow. And he needs pictures. And the printer’s out of ink. At times like these, “I can do all things through Christ who strengthens me” translates to not crashing your car in fury while driving to Staples for HP tricolor economy ink. That quiet-time dose of 2 Peter might just have saved you.

It’s so easy to convince ourselves that we’re spiritually mature enough to make it days, even weeks, without being in God’s Word and prayer. Just another crafty lie from the enemy that affects our kids and our home life more than anything.

Reserving alone time for God can seem nearly impossible when you’re sleep-deprived with an infant, or working full time, but it’s just worth it. We might have been awake at 5:00 a.m., and the house clutter could pass for an ADT security billboard (Don’t let home invasion happen to you!), but God still wants us to make time for Him, for our own good.

I used to think because I’m home with the kids, in a safe, Christ-dwelling place, that the Ephesians 6 warning to put on all the whole armor of God was less relevant. It’s not like I’m out there fighting evil in a corrupt workplace or being influenced in the worldly atmospheres I used to face. Lie from the enemy. Sometimes when we’re home, and isolated, feeling defeated and strained, the worst attacks can happen. And the consequences are more lethal, because they’ll affect our children and our marriage.

Ten minutes with God every day not only protects our hearts from defeat, but God usually multiplies your time and your energy as a reward for putting Him first when you had none.

One time I prayed silently at 6:00 a.m. because my lips were too tired to move, asking for energy and grace for school shopping with toddlers in tow. Three hours later a friend showed up at my doorstep with a surprise venti pumpkin latte saying her remodelers had commandeered her house and asking if she could hang with the kids while I shopped. I’ve been gifted with many joyous moments in life, but I swear that made top 10. If I were an Israelite seeing manna drop out of the sky for the first time, I would’ve felt less awe. God is always faithful.

The single greatest blessing in my life is having healthy, kindhearted kids, and I take zero credit. If anything, someone like me procreating should have done the world a disservice. But since I’ve been saved, God has given me a constant sense of joy and peace that I attribute to the great boys I’ve been able to raise (so far … still praying).

Our kids are a direct product of the environment we create at home. If we have a worshipful spirit and our hearts are centered on God, they’re going to benefit. You rarely come across a total terror of a child whose parents are true Christians, operating in the fruit of the spirit. (“We don’t know what happened. All of a sudden we were having home church and he started dropping the f-bomb!”)

No matter what our home circumstances look like, no matter how many kids we have, if we keep our relationship with him front and center, we’ll be much happier moms, and our kids will turn out great. Don’t forget to access the power God’s waiting to give and don’t feel guilty for asking God for patience by the hour. I called down the heavens once during a second hour of Play-Doh time. “Jesus, take the wheel!”

Jessica Kastner shares her “fluff-free” commentary at jessicakastner.com. She just released a new book, Hiding From the Kids in My Prayer Closet, and she serves as CT coordinator for Straight Ahead Ministries, leading Bible studies at juvenile detention centers.

Hiding From the Kids in My Prayer Closet is available wherever books are sold, and on Amazon HERE.

For just $100 per month you can bring the gospel to 10,000 homes. Join us as media missionaries! GIVE NOW
VIEW COMMENTS
« Israel Wins Eurovision, the World’s Largest Singing Competition Israel at 70 on GOD TV. Celebrating a Nation That’s Repairing the World »