written by The Israel Insider September 16, 2019 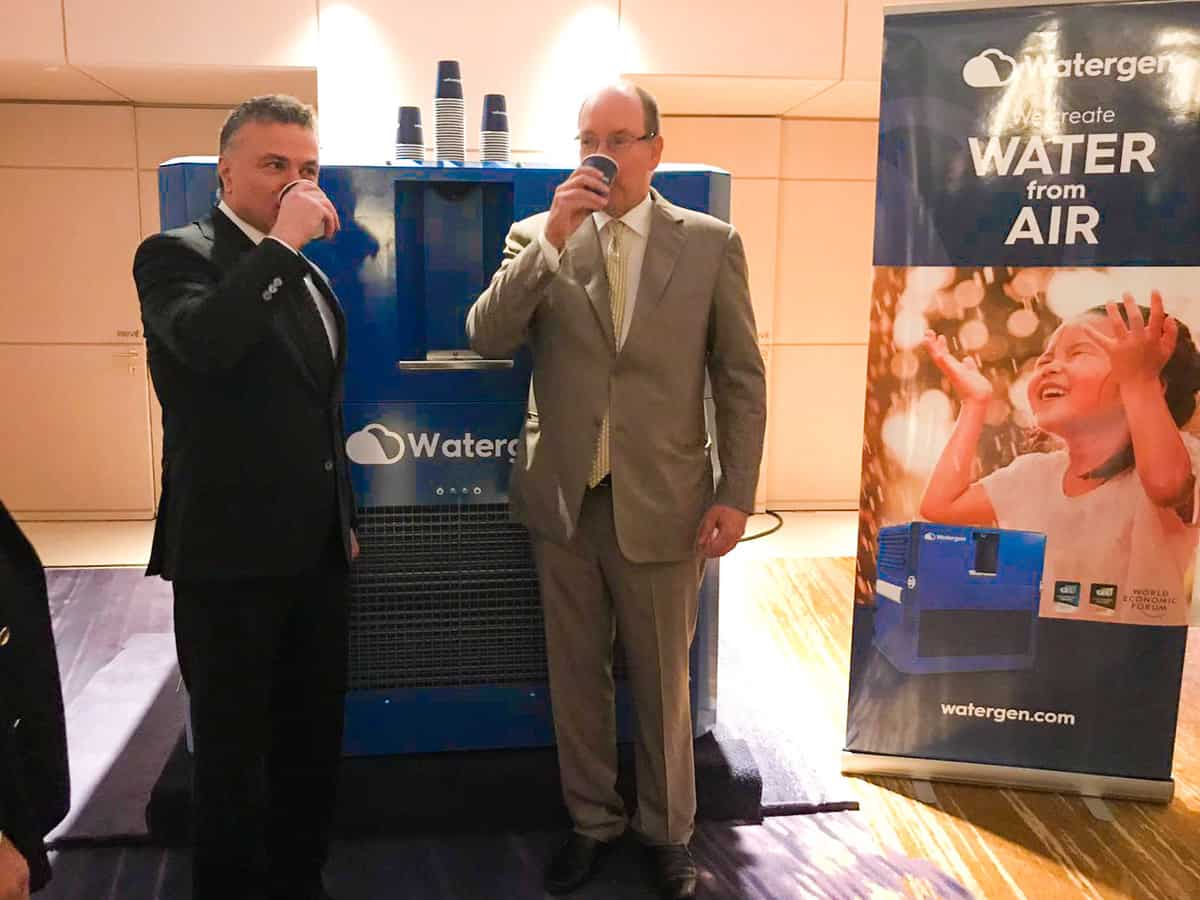 Monaco’s Prince Albert II has installed a machine in his palace that creates drinking water out of air. The innovative and environmentally friendly product is the product of the Israel-based company Watergen.

Prince Albert II is known for his environmental efforts, combating plastic pollution and global warming. The technology was presented to the prince on Monday during a meeting with Israeli businessman Michael Mirilashvili, Watergen’s president.

The prince was also given a detailed work plan as to how Monaco can completely remove any need for plastic water bottles, significantly reducing plastic pollution.

The meeting took place as part of an event hosted by Tel Aviv University and businessman Aaron G. Frenkel, launching the “Combat Pollution Initiative,” which aims to use Israeli technological innovation to battle pollution in the Mediterranean region.

The machine, which will be installed in the 700-year-old palace, is an atmospheric water generator (AWG), which can produce up to 900 liters of high-quality drinking water every day.

According to the pollution reduction plan presented to the prince, approximately 220 of Watergen’s machines would completely rid Monaco of its reliance on plastic bottles at restaurants, tourists’ sites and entertainment venues. Twenty-five hundred small scale AWGs would be enough for all hotels in Monaco to no longer use any plastic bottles.

“One million plastic bottles are used every minute around the world. More than half a trillion bottles are used every year. In thirty years we are going to have another 2 billion people around the planet. We are moving towards astronomical numbers of plastic waste and a significant amount of environmental pollution as a result. Our technology completely solves this problem,” said Maxim Pasik, Chairman of Watergen at the presentation of the machine to the prince.

Watergen was founded ten years ago in the Israeli city of Rishon LeZion, and has since gained international recognition, in light of its unique and effective contribution to environmental efforts. Watergen was on the World Economic Forum’s list of the world’s top technology pioneers in 2018. It has also been included in a list of the 50 most innovative companies in the world, by Fast Company magazine.

In recent years, Watergen’s machines have been installed in many countries around the world including India, China, The Philippines, Vietnam, Sierra Leone, South Africa, Uzbekistan, Costa Rica and Chile. The machines have also been used in major events including the 2018 FIFA World Cup in Russia.

Watergen’s technology has also been used on several occasions in regions across the US after being hit by disastrous hurricanes and other natural disasters.