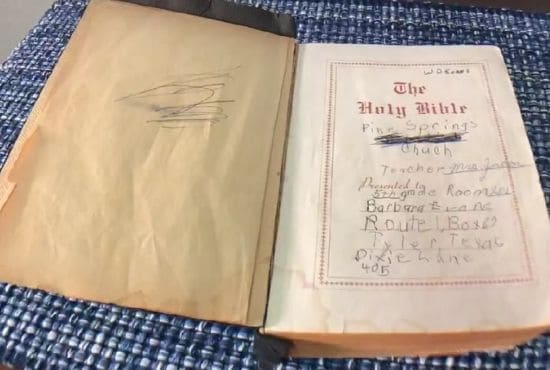 A mother rejoices over the mysterious reappearance of her deceased daughter’s Bible.

Joyce Evans from Tyler, Texas believes that motherhood is a gift and it was God who blessed her with her three daughters. As a Christian, she tried to influence them with her faith by showing them the love of God.

“If I showed them the love of God and the faith that I have, then they’re going to pick up on that,” she said in an interview with KLTV.

However, some children just take up their own path in life. So, when her daughter Barbara died in 2011, she wondered whether she had been saved or not.

“She’s not perfection. But, how many are? I could never stop loving one of my kids. God gave her to me.” 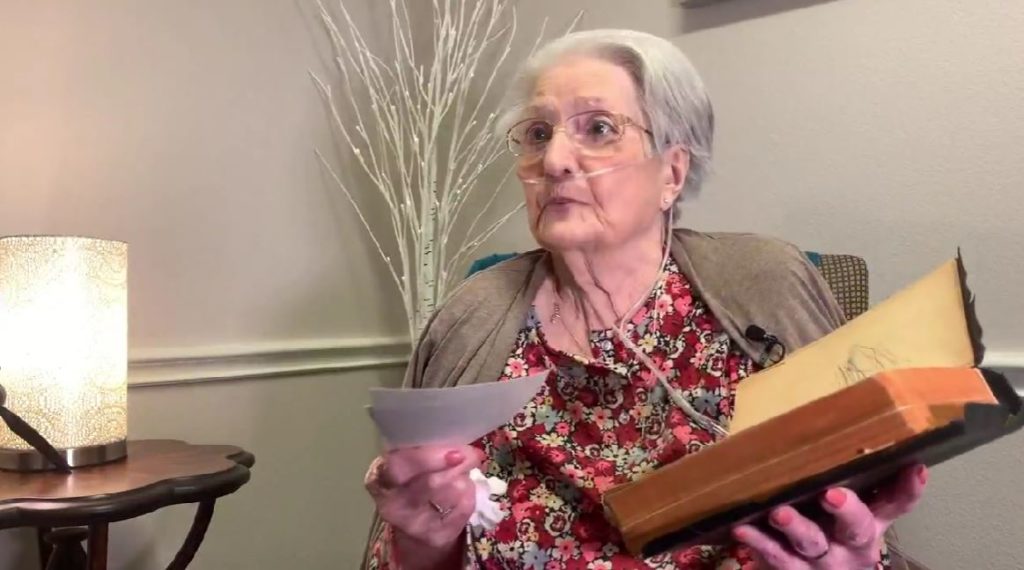 Joyce has been left with many questions about her spiritual life and about her belief. After 8 years of praying and asking God about her daughter, she finally got her answer.

While in the lobby of her senior living center, she noticed a worn-out leather-bound Bible on a couch. She picked it up and opened it. To her surprise, it was her late daughter Barbara’s Bible. On the title page of the book, Barbara’s name was written on it, and Joyce identified the handwriting as her daughter’s.

“I turned the page over and I saw this page,” she said. “And it excited me so, that I couldn’t get up for a minute.”

The reappearance of the Bible was a mystery as no one knew how it got there. But for Joyce, she knew it was God who placed the Bible there to answer all her questions. On the back of the Bible, Barbara wrote some scriptures about salvation.

“They didn’t know where it came from or how it got there. I do. God put it there as an answer to my prayer,” Joyce said.

This miracle has brought closure for the family and assurance that Barbara died knowing Jesus Christ.

“We have miracles every day, but we just don’t watch for them. If you’ll just look around, you can see miracles done in other people’s lives all the time. It’s what God is there to show us.”