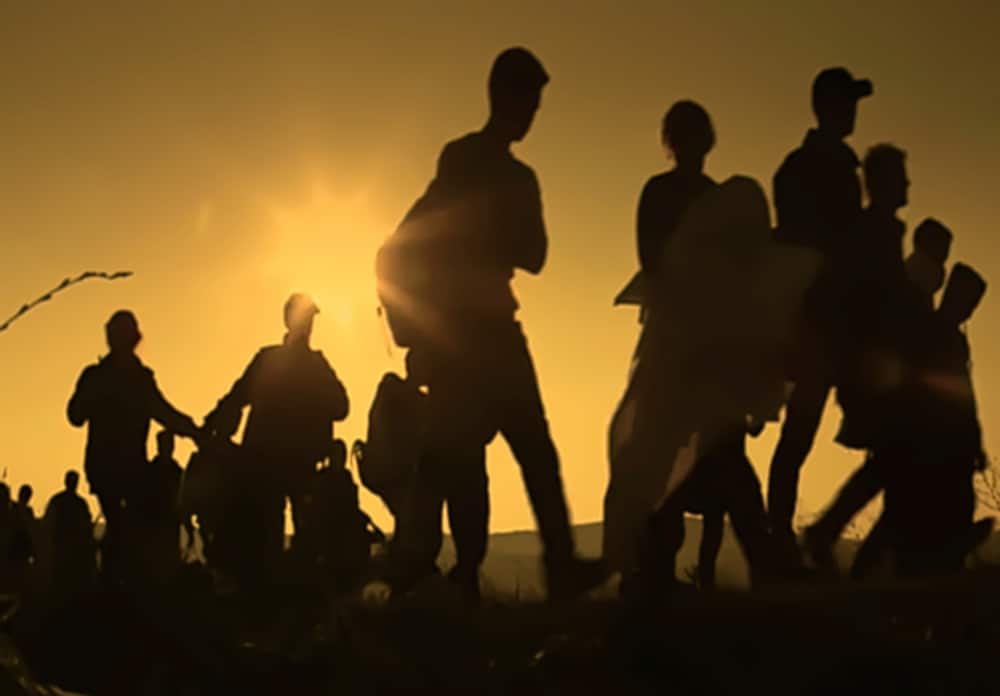 A group of Iraqi Muslims living in the Koutsochero Refugee Camp in Greece recently attacked a group of Iranian Christians who were holding a Bible study. These Christians are all converts and are active in sharing their faith.

According to International Christian Concern citing 222 Ministries, seven Iranians “crossed from Turkey to Greece in the area of Thessaloniki and ended up in a refugee camp about 150 km south in Larissa. While they were there, they met as a small group together in one of the Conex containers they were housed in, gathering a few others.”

“Somehow, they came to the attention of the other camp residents… a mob formed on Sunday June 27th as they were holding a Bible Study. The mob attacked them, threatening them with knives and beating the men, resulting in hospitalization for two of them. The two women and two young children were also threatened with knives. Petrol was poured into their Conex. They were called ‘kaffirs’ and told to leave the camp.

One of the men had a previous heart condition and the attack caused him to pass out.  An ambulance was called but the mob tried to prevent its entry into the camp. The Greek police present did nothing, being massively outnumbered by the mob of 30-40 people,”  222 Ministries account stated.

Pastor Apostolos Theodorakos of the Free Evangelical Church in Larissa said, “Before I even woke up for my work, a lady called me and told me she was in the University Hospital because she and her husband were assaulted by a group of Muslims. I ran into the hospital and I found this beloved soul with her child, terrified, with jabs.”

He continued, “A group of 30-40 people had come… accusing them of being Christians and going to church. In fact, one took a liquid inside the container and someone tried to ignite a fire.”

ICC said all of the victims of the attack have since fled to a safe house. A police complaint has been filed and a lawsuit opened against the attackers.

Claire Evans, ICC’s Regional Manager, said, “Whenever a Muslim converts to Christianity, he or she does so at great risk. Muslim background believers are often shunned by their families and violently targeted by their peers, who regard them as apostates. Often they must flee their homes and begin life from scratch. It is no coincidence that these believers in Koutsochero were singled out by a mob and attacked.

“While we are thankful that no one was seriously injured, it is alarming that this mob was allowed to continue their violence without police intervention. Those who perpetrated this violence must be held accountable according to due process of law.”

International Christian Concern is a non-partisan, charitable organization focused on human rights, religious freedom and assisting the persecuted Christian Church around the world.

This article was written by Michael Ireland, Chief Correspondent for the ASSIST News Service. Michael is an ordained minister and an award-winning local cable-TV host/producer who has served with ASSIST since in 1989. ASSIST was founded by author, broadcaster and journalist Dan Wooding, to “give a voice to the voiceless” – our brothers and sisters in Christ who do not have a voice to tell the world of their suffering for naming the Name of Christ at work, at home, or in the marketplace.

Founded by Dan Wooding, The Assist News Service (ANS) brings news about persecuted Christians around the world, world missions, popular culture, and Christians who are making a huge difference in our world. ANS seeks to cover news from around the world from a Christian perspective, offering insight, commentary, and relevant information on a host of contemporary and important issues affecting the world, Christians, and the church.