BREAKING
Israel-led Team Solves Mystery Why Lightning Strikes Fewer Times Over The Ocean...
Tourism In The Holy Land Is Soaring Back Up To Pre-Pandemic Highs
Lapid Speaks Directly To Palestinians—Offers Them “Another Way” Out Of The Ongoing...
Home Articles My First Visit to Israel

My First Visit to Israel 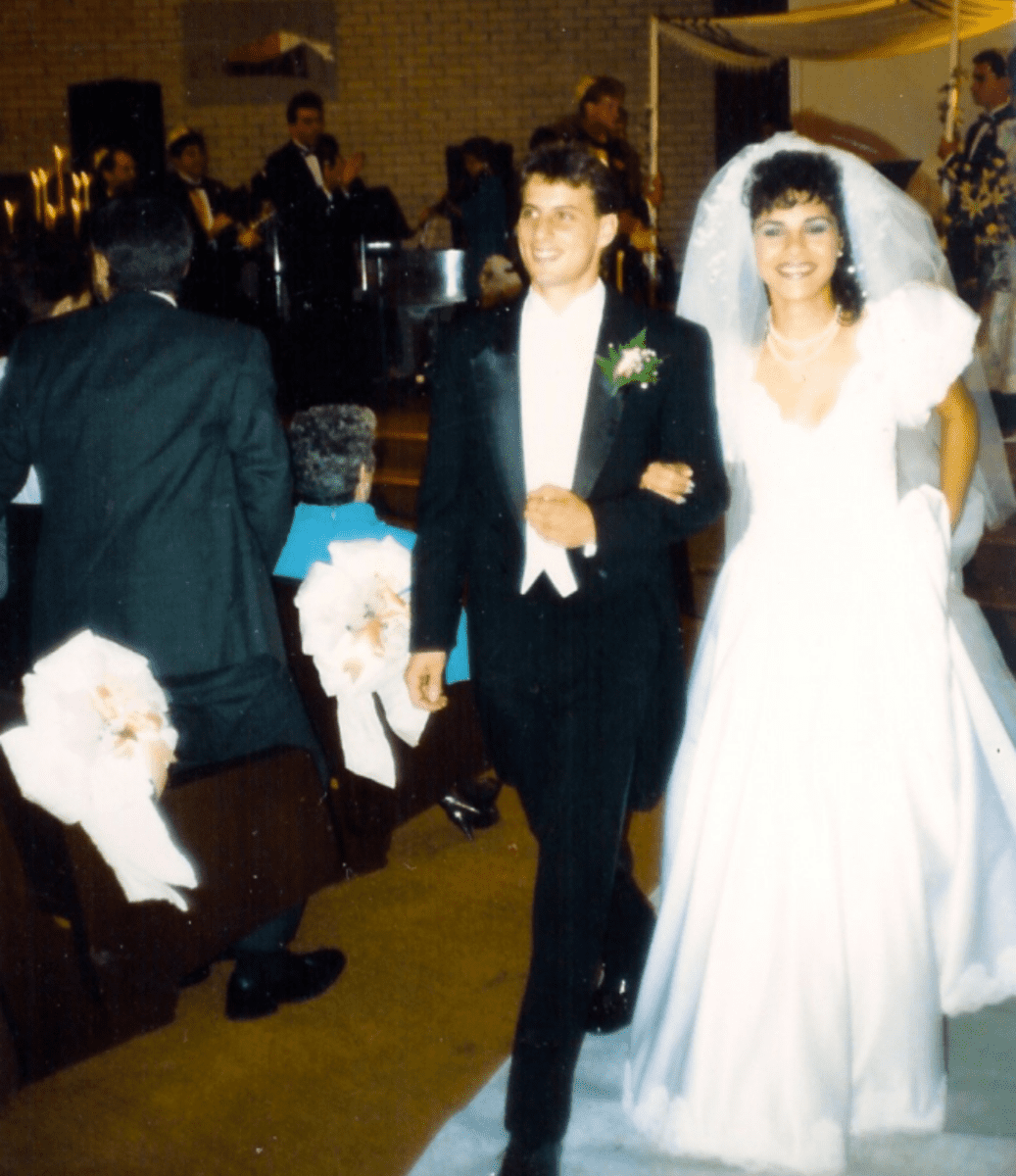 Last week, I shared with you about my first day in Israel as a resident, but let’s go back 12 years to my first time in the Holy Land.

Is it possible to fall in love with someone before you actually meet them? Just based on the description. Well, that’s what happened to me.

As a new believer, I had one deep desire…probably though not what you’re thinking. I needed to find a wife. I hoped I would marry someone Jewish. Not because I think that Jewish people are better, but because I knew it would be much easier for my family after my coming to the conclusion that Jesus was the Messiah. But where was I going to find a beautiful Jewish girl who also believed in Jesus? Well, I didn’t have to find her, she came to me… and from Israel, no less.

It was a big deal to my parents when many of my friends were marrying non-Jews that the “Jesus-nut” didn’t just bring home a Jewish girl, but a drill sergeant in the Israeli Defense Forces! They fell in love with her. Up until that time in my life, I can’t remember my father ever giving me serious life advice, but he cornered me and said, “You need to marry that girl. I know she believes in Jesus, but at least she is Jewish!”

I went right to the Jerusalem part. His description of the culture and the people brought something alive in me. These were my people! In June of 1991, we took three weeks off of work and went to Israel.

My brother-in-law picked me up at the airport in a car that I was surprised was still working. Because of the luggage, the hatch would not close. Therefore, all the exhaust was coming back into the car through the open hatchback. I was feeling sick. That, plus the jetlag, and the fact that I half expected a terrorist to jump out of the bushes, made for a rough beginning.

Then, we pulled up to an apartment building, I sure hope my wife doesn’t read this, but it looked like something out of a war zone. I did not understand that most of Israel was urban and that many people were relatively poor by American standards. Elana grew up with six people in a two-bedroom apartment.

I had never experienced jetlagged before. I was so tired! I was called out for Shabbat dinner, and that was the night that I had the revelation that Moroccan Israelis were known for their delicious food. Well, if I’m honest, it was my second experience with Elana’s mother’s cuisine.

The first was when I had some teeth pulled about a week before the wedding. I was given painkillers, and when I woke up, Elana was holding my hand. She took me downstairs, and her mother put a plate of food in front of me. I have never tasted couscous before and certainly not with soup and chicken all over it. I don’t know if it was the drugs or the food or both, but to this day, it was the most delicious meal I’ve ever had.

I went out to the dinner table, and we said the Shabbat prayers. And then, starving, I proceeded to eat. After consuming quite a lot, I realized that it was just the first course. But I could not keep my eyes open, so I did the unthinkable in Moroccan Jewish culture: I excused myself and went to bed. Everyone was offended, but they quickly forgave me.

When I woke up in the middle of the night and found that Elana and Sharon, our two-year-old, were also awake, we went for a walk. I could not believe that such a downtown, urban, poor area was completely safe at 3:30 in the morning. Elana did not have a concern in the world. She was just so excited to show me her hometown of Ashkelon.

For the next few weeks, we traveled all over the country. We went all the way to the southern border city of Eilat. On the way, we noticed that the road kept getting narrower and narrower and then turned into a dirt road. This was my first time in Israel, and I was starting to get nervous. Surely this could not be the right way. We saw some Arab workers right as I was really starting to panic. They told us that it was not the correct way, but if we would just continue, it would take us to the main road…and it did.

After Eilat, we traveled all the way north. We were getting close to the northern border with Lebanon, and I felt we should go back to Tiberius, where we were staying. But I had this sense that we had to go to the border. So, we continued north. When I got 100 yards or so from the border, the Holy Spirit spoke to my heart. He said, just as you’ve gone from Eilat to the border of Lebanon, you will take my message to all the cities of Israel. I stopped the car and got out of it and started jumping up and down. I knew God had spoken to me.

Now to be clear, as I matured over the years, I began to see how arrogant such a vision was. Who am I to think that I would do such a thing? There are many more qualified, native Hebrew-speaking evangelists for such a task. So, I just gave that vision back to God, not knowing what it was all about. But a year ago, we launched our 24/7 digital Hebrew-language gospel channel, and by the grace of God, we are now reaching Israelis in every city of the country through television!

I’ve been diagnosed as having ADHD. It’s not just that I don’t concentrate well, but I can’t stop moving while I’m also not concentrating. For most of my life, people told me to stop joking, to calm down, or to be serious. The one thing I noticed about Israel is that the entire culture seems to be like me. Most Jewish people can’t explain why they feel at home when they come to Israel for the first time, but for me, it was finding a country that can handle somebody who has ADHD.

I also noticed that Israelis are quite aggressive. They can get into an intense argument, so intense that in America, you would think that things were about to come to blows. And then suddenly, the same two people are wishing each a pleasant Shabbat. I loved it! Well, I don’t fancy getting in shouting matches with everyone I meet, but I loved being in a culture with a bit less restraint and more honesty. I felt like I could be me here.

Elana stayed behind to spend a few more weeks with her family, and I had to go back to America. This was the most depressing day of my life! I did not want to leave, ever!

I got on the airplane to fly home, and I wept uncontrollably for quite a while. It would not be until 12 years later, which seemed like an eternity before we would actually move to Israel. But this crazy country has been home now for almost 20 years. And I can’t imagine living anywhere else.