Naftali Bennett Speaks Ahead Of Yom Kippur: We Will Not Allow Hamas To Accumulate More Rockets! | God TV
Articles 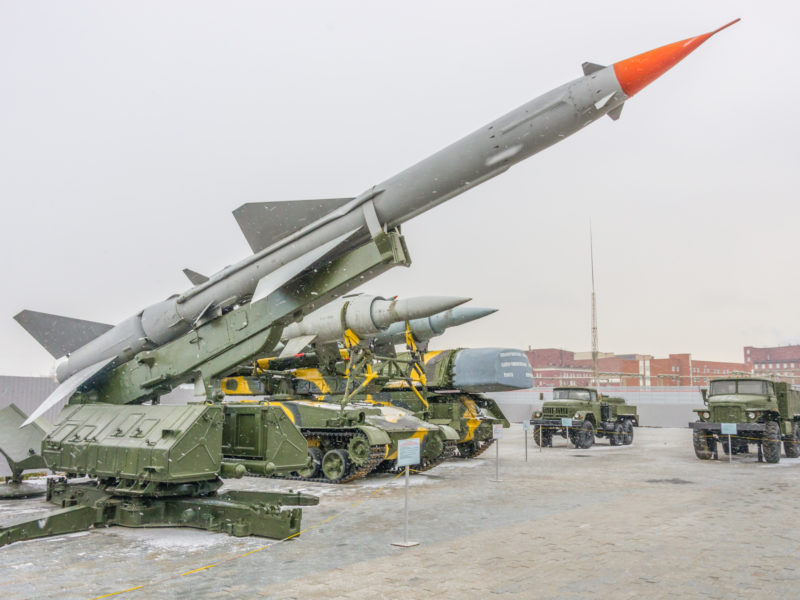 Prerecorded interviews with Prime Minister Naftali Bennett aired this evening, Tuesday, on all three of Israel’s broadcast channels at the start of their evening news programs. Each network was able to interview Bennett separately with its own reporter in the Prime Minister’s office. The interviews were given on the occasion of the eve of the Yom Kipur holiday which begins tomorrow night at sundown.

The interviewer from Kan 11, Romi Neumrak, asked a tough question about Israel’s current security woes, including the recent launch of missiles at southern Israel from Gaza and the escape of six security prisoners from the Gilboa prison.

“First of all I suggest looking and understanding – we have enemies who want to destroy us, even before we were born as a country,” said Bennett

He then mentioned the fact that a month before he took office, missiles were fired at Jerusalem and Tel Aviv, asking that matters be seen in proportion. “We are attacking back in Gaza for launching [fire balloons], with a heavy price,” he said. “The situation in Gaza is not good. For 15 years, tens of thousands of missiles were fired at us, masses of civilians and soldiers were unfortunately killed. I want to change that, it’s taking time.”

On the threat from Hamas, Bennett told Channel 12, “Hamas is an organization that has jihad engraved on its flag and it intends to continue this thing. My mission – to give security to the citizens of Israel and in particular to the residents of the south.”

“We will not allow Hamas to accumulate more rockets, as happened with Hezbollah,” he said. “I do not want operations or wars. The Defense Minister undertook a move to regulate and long-term calm in Gaza. If it succeeds what good, if not – there are also alternatives,” added Bennett.

Bennett was also asked by Kan 11 how he would respond to another round of violence from Gaza, should there be one, since his government depends on the support of an Arab party, Ra’am, the Joint Arab List.

“No problem! We do everything as usual,” exclaimed the Prime Minister. “I will always make the security decisions on a professional, clean basis, and [think about] the political consequences afterward.”

The Prime Minister added that Mansour Abbas, the leader of Ra’am, is generally only involved in domestic civil matters.

Prime Minister Bennet recently met with Egyptian President Abdel Fattah el-Sisi. El-Sisi called on Israel to adopt the two state solution. When asked about this, Bennet said emphatically, “I oppose a Palestinian state. I think it would be a terrible mistake to bring the very bad situation in Gaza and import it into Judea and Samaria, to turn the lives of the residents of Kfar Saba and Raanana, where I live, and in fact the entire central region, into hell. I will not do that.”

Bennett also said that he supports the so called “Netanyahu Law,” which would bar someone from serving for more than two consecutive terms as the Prime Minister of Israel and require a minimum period of time before serving a third. It would also prohibit someone under criminal indictment from serving as the premiere. The proposed law would be applied retroactively, so it would affect Netanyahu.

On the threat from Iran, Mr. Bennett told the Chanel 12 news that if the world does not act against that country’s nuclear program, “Israel will inherit a situation where Iran is at the most advanced point ever in the race for the nuclear bomb.”

In a slam at Binyamin Netanyahu, he said, “Do you remember the performance of my predecessors at the UN with the bomb and the red line?”

“Iran has long crossed that red line,” Bennett added. “In the last two and a half years Iran has made great progress, and the gap between rhetoric and speeches and deeds is very large.”

So how will his government deal with Iran? Bennett said that it has formulated a multi-dimensional action plan that addresses four of Iran’s axes of progress. These are the uranium enrichment axis, the ‘weapons’ axis, the ‘missile’ axis, and the regional axis.

“All of Iran’s expansion into Iraq, Syria, Lebanon and Yemen – are literally an empire looking to take over the region,” he said. “We built an action plan in front of all four deputies. We are working – and the gaps must be closed and fast.”

Bennett said that he presented a plan of action to the American government at his meeting with President Biden last month. “We will be happy that alongside our independent actions, partnerships will also work,” he said. “Either way – now the responsibility rests on this table.” Bennett said the last words while pointing at his desk.

In other Naftali Bennett news, earlier today he met at the Prime Minister’s Office in Jerusalem with the family of Avra Mengistu, who is being held prisoner in the Gaza Strip.

Bennett told the Mengistu family that he is personally obligated to bringing home the soldiers and civilians found in the Gaza Strip and that his door was always open to them.

For just $100 per month you can bring the gospel to 10,000 homes. Join us as media missionaries! GIVE NOW
VIEW COMMENTS
« Discover The Hebrew Word For Biblical Wisdom Yom Kippur – The Two Feet of Our Spiritual Journey »