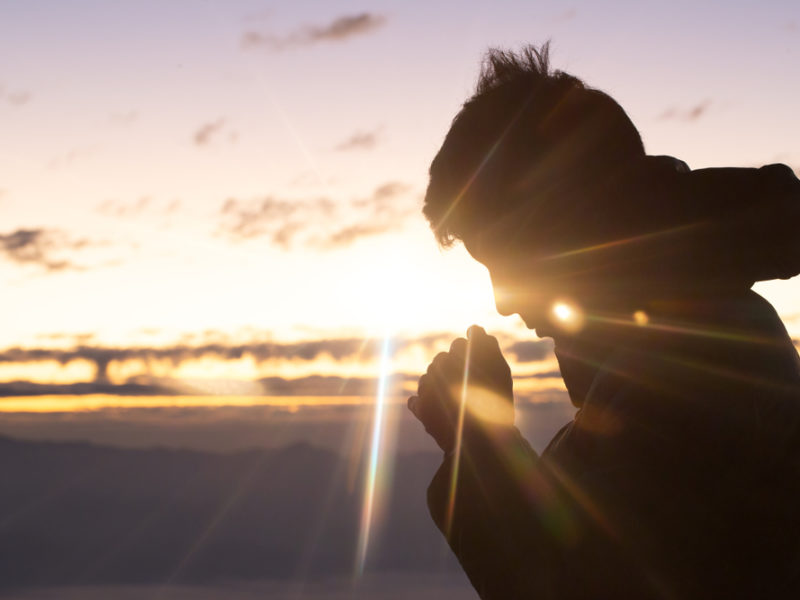 Do names determine direction, or do parents intuitively know the names they give their children will determine a huge part of each child’s identity/ destiny/ character? In the Bible, certain people were given new names that spoke powerfully about their destiny’s that God desired for them.

We know giving names to people can open up opportunities and even withhold opportunities from them! Names can bring blessings or hurts.

Jesus lived out of His identity as He walked on the earth: Son of God, Messiah, Savior, Wonderful Counsellor, and Prince of Peace.

Jesus never sinned. But we do. Jesus’ critics tried to curse and kill Him. But He kept His ground and remained certain about His identity and destiny. Jesus accepted everything His Father taught Him. We need to do the same. We were made in God’s image. It is God’s will to heal that sin-broken-image in us. When name calling has a cursing property then we need to know how to deal with it so it does harm us. We can naively take on names and labels that others throw at us, or that seem diagnostic and wise. Motives can determine whether the words we use are helpful or not. Some names ought to be given up. Other names are healthy and diagnostic in nature.

If someone drinks a lot then they may be called a drunkard.

If someone lies a lot then they might be called a liar.

If someone lives for money then they may be called greedy.

If someone lives for food then they might be called a glutton.

If someone lives for the sword they may die by the sword.

If someone is attracted to the same sex then they might be called a homosexual or lesbian or bisexual.

I ask: do the labels given above have power of their own that helps keep or push each person to be stuck in or become more of a slave to certain sins? It depends on the persons, contexts, lies, trauma and hurt.

Names do have power.

Names give identity and have power to aid or harm us!

Temptations together with unhealthy identity have power to ruin our lives.

Whatever we believe for can come true even if we don’t want what we believed for!

Homosexuality is a name/ label that has power to break lives.

People don’t outright choose homosexuality, and it isn’t determined by genetics either. But it is developmental in nature. It isn’t caused by only one factor. People identify with homosexuality for many reasons.

If violated by a pedophile, a child can get confused, will become wounded and be insecure in their sexual identity. If they land up hating the person who abused them then they may very well imitate some of what they hate. One needs to forgive from the heart the agents of the hurts, and to confess to God the reactive sins one does in this context (such as hatred of the agents of hurt, and doing homosexual acts). Then repent in faith in Jesus’ name from the sins mentioned for their power and attractions to be broken by Jesus’ grace in such contexts. One also needs to cautiously give up in faith with Jesus’ help the labels that help form the identity of homosexual that was wrongly accepted as true.

If one feels weak in ones sexuality then same sex relationships might seem like a way to recover a stronger sexual identity. This is very unhealthy and foolish. It too needs to be confessed and repented from in faith with Jesus’ help for freedom to have a chance and to recover a healthy sexual  identity.

Often behind these sin complexes or sin anatomies, labeling one to be a homosexual because one feels drawn to the same sex is self-defeating and can cause one to feel an ironclad homosexual identity. Each homosexual identity formed in this way will have a life of its own. Giving up in prayer with Jesus help through faith the labels that put people into the box of “homosexual” is a healthy start to help breaking such sins. But we need to learn and go deeper until with Jesus’ help the strongholds are gone and we are free.

Unhealthy sexual identity isn’t an all or nothing thing. Some people feel terrible attractions to homosexual acts and others less so. Lack of self-control can cause a lot of experimenting sexually despite warnings of the dangers of such sins. Compulsive or addictive sins like homosexuality can be caused by sins or attitudes like: judging, selfishness, coveting, pride and fear together with confusion and trauma caused by broken boundaries, sexual violations, lies and hurts about what is healthy or not. Such sins can be connected and there are healthy ways to dismantle and uproot them with Jesus’ help.

For a straightforward methodology on how to process and reclaim one’s sexual identity get a copy from Amazon.com or Amazon.ca of my book called: “Dismantling the Tree of Knowledge of Good and Evil Within So Love Can Thrive”. It offers a systematic path to uproot sin strongholds. The method given in the book applies to all kinds of sin strongholds. The method works best through gently committing to love God, and our neighbours as our selves. Prayers said with the wrong energy or attitudes can do a lot of harm (the book teaches us about what unhealthy prayers look like. It also models what healthy prayers look like). Satan can’t cast out satan. We need to approach the prayer method in the book with our eyes wide open.

Our prayers have power, and learning to pray as outlined in the book will give hope and healing in many contexts and ways in our lives that will surprise us. God can do infinitely more in us than what we can hope or imagine. The way is through healthy confession to God, repenting in prayer through faith in Jesus (without arrogance, meanness and contempt), renewing the  attitudes of our minds/ hearts, and reclaiming the healthy identity God wants to give us by walking in grace.

For just $100 per month you can bring the gospel to 10,000 homes. Join us as media missionaries! GIVE NOW
VIEW COMMENTS
« God’s Word For You Today: If The Battle Is Too Big, It’s Not Yours, Give It To God Just Love ’em! »