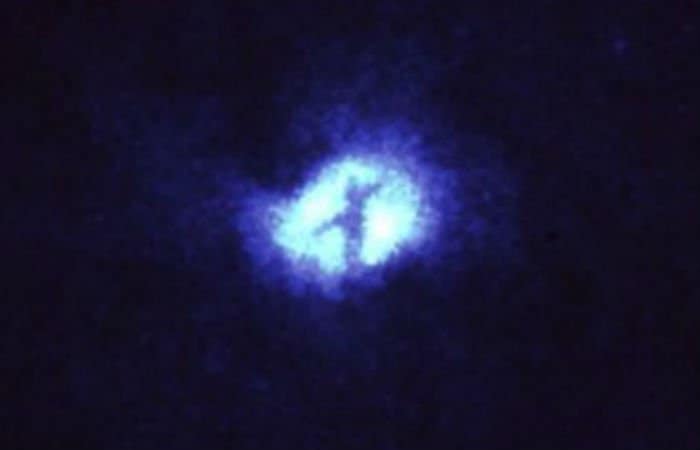 A surprising image from NASA’s Hubble Space telescope is now circulating the internet. The captivating image is a symbol Christians are greatly familiar with. A picture of a cross that some people have believed to be a sign from God.

The captured image from a far off galaxy is in shades of blue color. With it’s outline shape in dark blue and the center depicting a cross-shaped image. 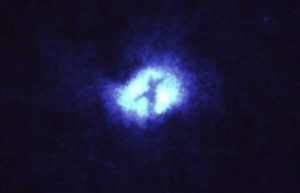 What Does NASA Say?

According to the Hubblesite, “the cross is due to absorption by dust and marks the exact position of a black hole which may have a mass equivalent to one-million stars like the sun.”

It is said to be 1100 light-years away from planet earth.

The report says that the space agency released the image in June 1992. It was when Wide Field Planetary camera took a picture of the image from their famous telescope. However today, the puzzling photo reemerged on social media. And many are wondering if that was heaven.

“The edge-on torus not only hides the black hole and accretion disk from being viewed directly from earth, but also determines the axis of a jet of high-speed plasma and confines radiation from the accretion disk to a pair of oppositely directed cones of light, which ionize gas caught in their beam.”

Then continues, “The second bar of the ‘X’ could be a second disk seen edge on, or possibly rotating gas and dust in MS1 intersecting with the jets and ionization cones.”

What People Are Saying About The Cross

Some people claim that the image could be evidence that heaven can be found at the center of the universe.

One comment said, “This is surely a sign that God exists and he is showing us that heaven resides at the very center of our galaxy.”

But a lot of people are also doubting such claims.

The various speculations from people might not determine the truth. Is it just a coincidence? Or is it truly a sign from God? Only God knows. But His Truth is found in every atom, seen in natural every day, and the earth speaks of His glory.