BREAKING
Israel-led Team Solves Mystery Why Lightning Strikes Fewer Times Over The Ocean...
Tourism In The Holy Land Is Soaring Back Up To Pre-Pandemic Highs
Lapid Speaks Directly To Palestinians—Offers Them “Another Way” Out Of The Ongoing...
Home Articles Texas A&M Pitcher Nathan Dettmer Says “Baseball Does Not Define Me” But God Does 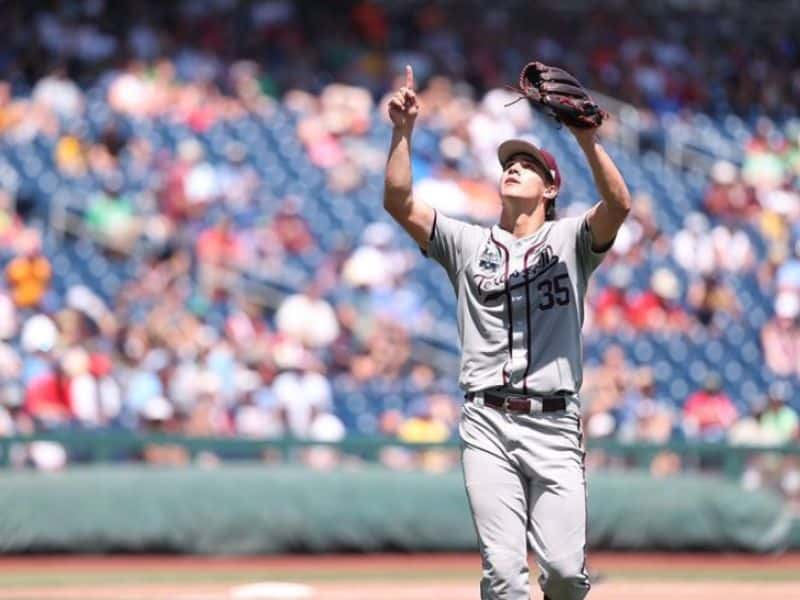 Nathan Dettmer, Texas A&M’s pitcher, maintained how baseball does not define him. His connection with God makes him confident that only God can define him and not his games.

In a post-game conference, the 20-years-old shared how God carried him through his failures and mistakes.

In their game against Oklahoma last June 17, the Aggies lost as Nathan gave up four hits, three walks, and seven earned runs.

“I just prayed to Him [Friday] night,” the star pitcher said. “And He just told me that that’s not my story. He’s got a plan for me, and that one game wasn’t it.” 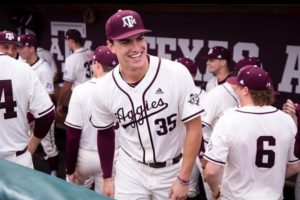 He continued, “Sure enough, I just had to trust in His plan. I knew He had a plan for me. I had success today, and it was awesome. Great feeling,” referring to their win against the Notre Dame on June 21.

On June 21, Nathan led the team to victory against Notre Dame with a score of 5-1. He was able to pitch seven innings with no runs and only allowed three hits.

Notre Dame’s Brooks Coetzee praised Nathan’s outstanding work. “His pitches had depth,” he said. “He had the sinker going. He had the fastball’s run going, had the changeup going. Nothing was going straight, and he was pitching everybody differently. He didn’t fall into tendencies.”

“All my worth is through God.”

God’s revelation of love compelled Nathan to boast about it on his Instagram page. He posted a picture of him, pointing his finger upward as if looking up to God. Then, he captioned the Bible verse, Proverbs 3:5. “Trust in the Lord with all your heart, do not depend on your own understanding.”