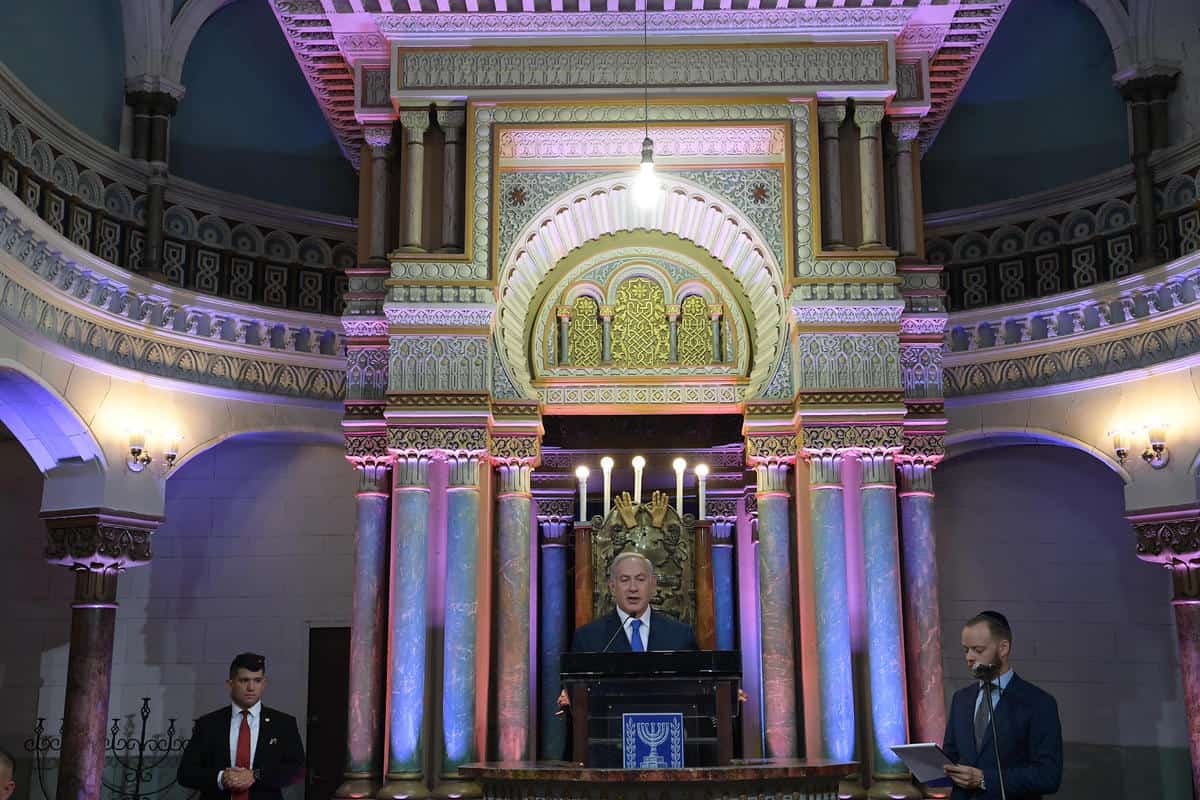 Top Nazi Hunter at the Simon Wiesenthal Center Efraim Zuroff has lambasted Israeli Prime Minister Binyamin Netanyahu over his comments praising Lithuania and its efforts to commemorate the Holocaust while visiting the country over the last few days.

“You have taken great steps to commemorate the victims of Holocaust, to speak openly about this horrible crime that must never be repeated,” Netanyahu said on Friday.

On both on Friday and Sunday, Zuroff was heavily critical of the prime minister saying that he was “sickened” and “disgusted” by the comments.

“Lithuania is the country which glorifies anti-Soviet fighters who helped murder Jews during the Shoa [Holocaust]…, refuses to acknowledge the massive scope of Lithuanian participation in the murders, and is doing everything it can to undermine the uniqueness of the Holocaust, by promoting the canard of equivalency between Nazi and Communist crimes.”

He called Netanyahu’s actions a “total moral failure” saying that the prime minister is “the person who is supposed to lead the defense of the Jewish narrative of the Holocaust. He obviously has learned nothing from the fiasco of the Polish Holocaust bill!”

Continuing his remarks on Sunday, Zuroff said that “the Government of Lithuania has, over the last 25 years, been making great efforts to eliminate the crimes of thousands of Lithuanians that were directly involved in the murder of Jews.”

“In addition,” he said, “they are working energetically to establish an international memorial day for all the victims of totalitarian regimes, which will harm International Holocaust Remembrance Day and help make them victims instead of murderers.”

He concluded by saying that “all Bibi has to do, is read the book I wrote with Ruta Vanagaite to realize that to praise the Lithuanian government’s efforts to commemorate the Shoa is like commending the KKK for improving race relations in the US.”

Over 90 percent of Lithuania’s Jewry, which at its height boasted over 200,000 Jews, died during the Holocaust at the hands of the Nazi’s and their Lithuanian collaborators.

Over the years, the country has been criticized for not fully recognizing the actions and crimes committed by collaborators.