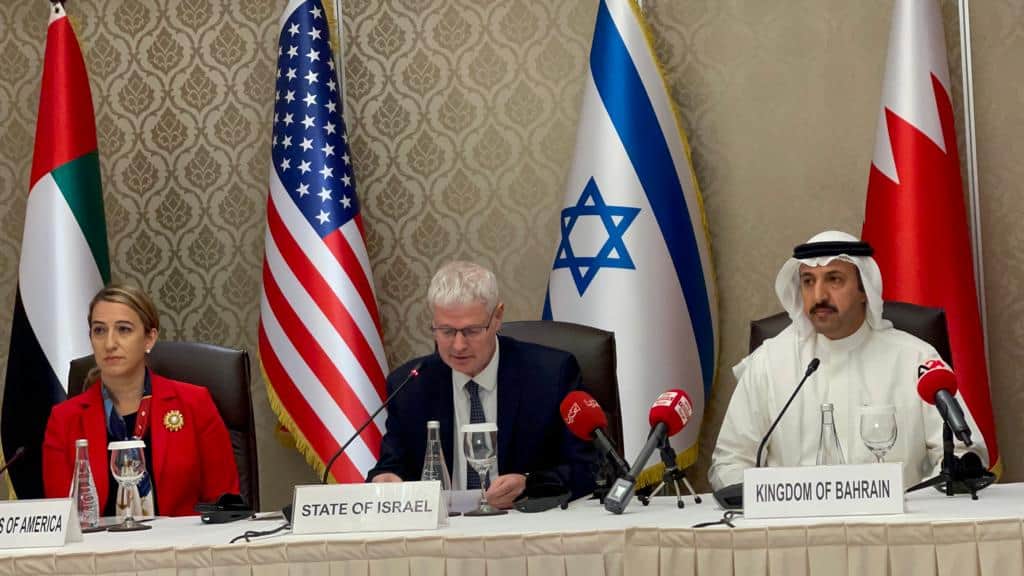 The Negev Summit’s Steering Committee met for the first time since it was established during a summit of Middle East nations held at Israel’s Kibbutz Sde Boker in the Negev. The meeting was held on Monday in Bahrain.

The six founding countries decided to work decisively to bring security, prosperity, and stability to the Middle East.

Israel was represented in Bahrain by the Director General of its Ministry of Foreign Affairs, Alon Ushpiz. In a statement, Ushpiz commented that the members of the steering committee are creating a “real and positive change in energy, health, food & water security, regional security and so much more.”

The steering committee said that this meeting was of particular importance in light of the upcoming visit to Israel by US President Biden. President Biden is also expected to visit other Middle East nations.

Within the framework of the Steering Committee, the member states discussed the operative ways in which to promote cooperation in a manner that will lead to tangible achievements for the region and its people.

The members stated that the very convening of the Steering Committee is further proof of the importance that the Summit’s member states see in anchoring this framework and the regional cooperation that it has fostered in a variety of civilian, security, and prosperous areas that will contribute to the region and its people, without geographical or political boundaries.

Israel’s Foreign Minister released a statement expressing his belief that the Negev Summit will become an ongoing process based on 6 working groups. “The aim of the conference,” he said, “is to determine the work process, continue to strengthen ties between countries and bring security and prosperity in the Middle East.”