Netanyahu and Putin Meet in Moscow 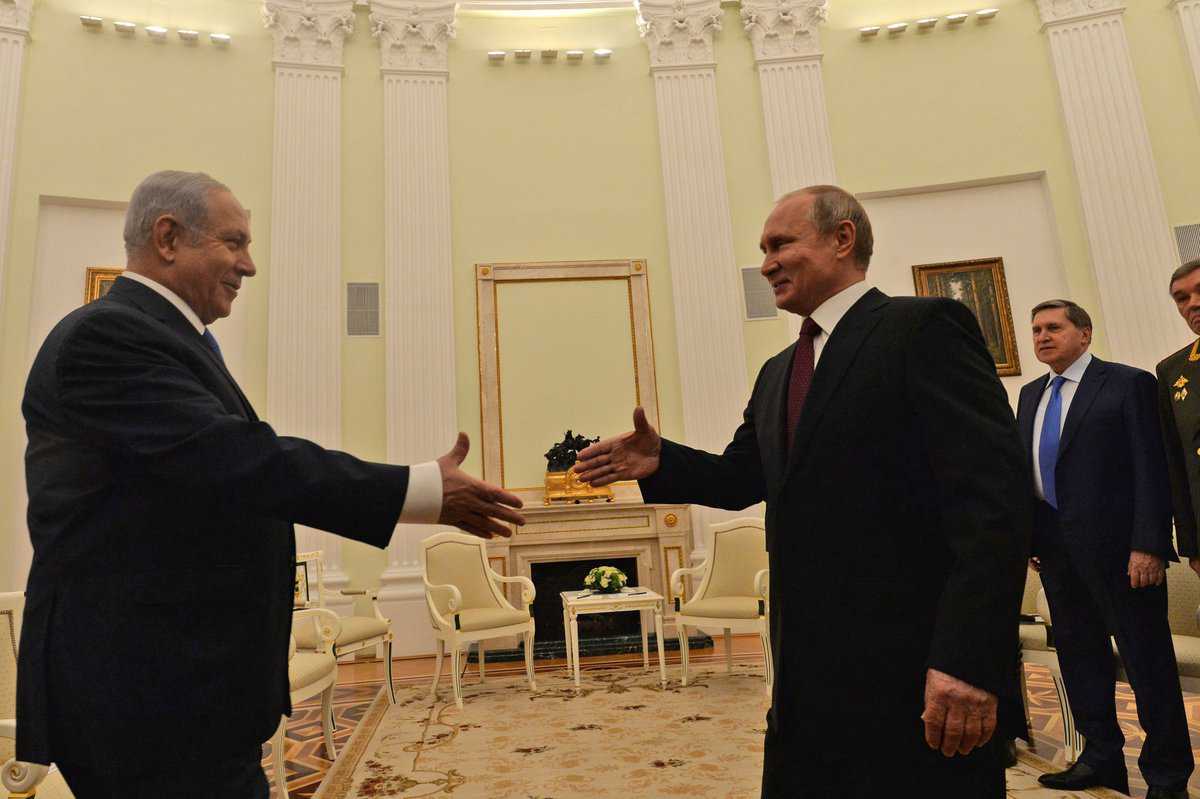 “I would like to congratulate you on a very successful World Cup Tournament, which Russia is organizing,” Netanyahu told Putin. “The whole world is watching it and it’s a huge deal, even us in Israel, and even me personally. So thank you for the invitation to watch the game later tonight.”

Speaking about Iranian presence in Syria, Netanyahu said “our stance is known, Iran must leave Syria, this is nothing you to you.”

“The cooperation between us is a crucial component in preventing the escalations of various situations, that is why I wish to thank you for the opportunity to discuss these issues privately, as well as other issues.”

Earlier on Wednesday, the IDF fired a Patriot missile at a Syrian Unmanned Aerial Vehicle (UAV) which crossed the border, downing it over the Sea of Galilee. According to military sources, the reason the interception of the drone took 16 minutes top carry out after crossing into Israeli airspace, was that the IDF wanted to be certain this was not a Russian aircraft they were shooting down prior to Netanyahu and Putin’s meeting.