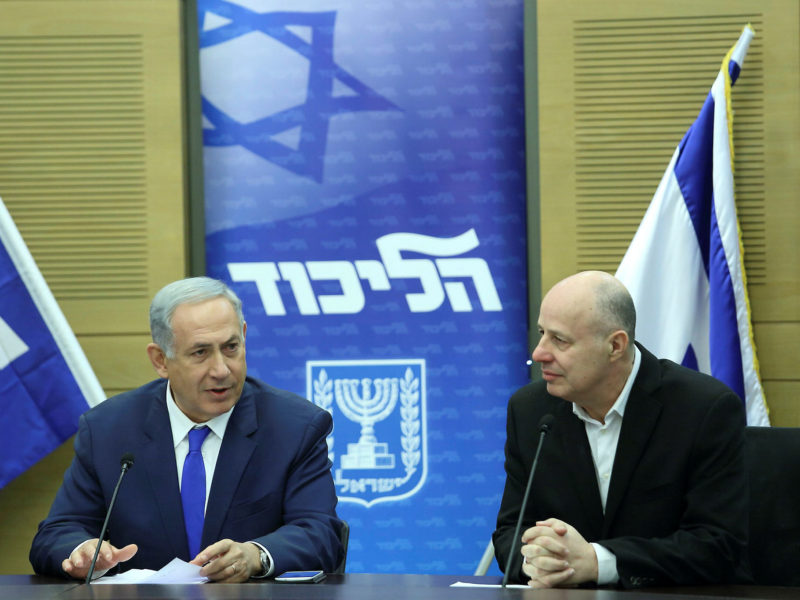 Prime Minister Benjamin Netanyahu on Monday revealed the identities of four ministries who will assume the vacant portfolios and will serve as ministers in the coming months until a new government is established after the March 2 elections.

Minister Tzachi Hanegbi of Netanyahu’s Likud party will be appointed Minister of Agriculture in addition to his position as Minister of Regional Cooperation.

Minister Ophir Akunis, a former Netanyahu aid, will be appointed Minister of Labor and Social Welfare in addition to his position as Minister of Science and Technology.

The appointments came after Netanyahu resigned from all of his ministerial positions late last month following a petition by the Movement for Quality Government to the High Court of Justice, demanding that he resign as minister after he was indicted for bribery, fraud, and breach of trust.

These appointments came after other names were put forward and after others were initially appointed but turned down the offer.

For just $100 per month you can bring the gospel to 10,000 homes. Join us as media missionaries! GIVE NOW
VIEW COMMENTS
« Threatening Presence? Hamas Puts Checkpoint Near New International Hospital Your Promise Shall Live, God Is Here »