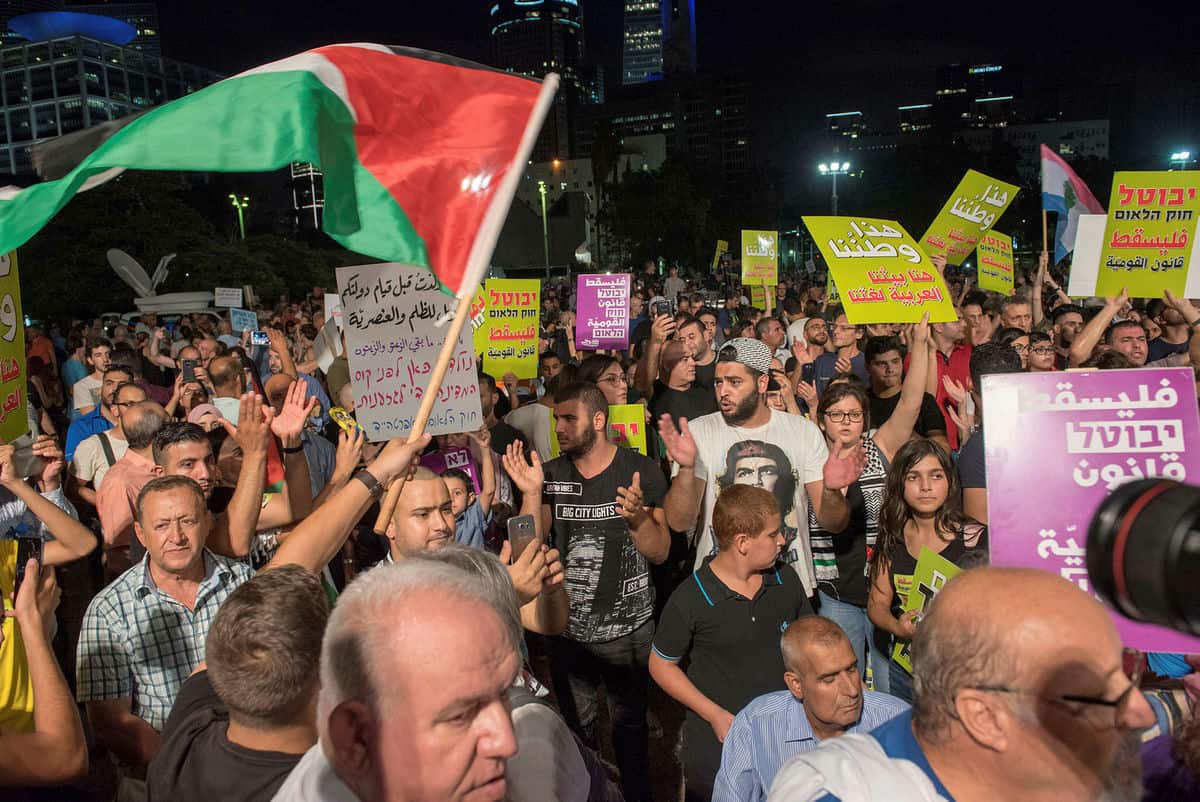 The Arab demonstrators who raised Palestinian flags at Saturday night’s protest against the Nation State Law “want to annul Israel as the nation state of the Jewish people” Prime Minister Binjamin Netanyahu said at the weekly Cabinet meeting, Sunday.

“Yesterday, we received further evidence of incitement against the very existence of the State of Israel and why the Nation State Law is necessary,” Netanyahu continued. “We saw the PLO flag raised in the heart of Tel Aviv. We heard the cries: ‘In blood and fire, we will redeem Palestine.’ Many of the demonstrators want to annul the Law of Return [the legislation that grants Israeli citizenship to anyone with at least one Jewish grandparent or that is married to a Jewish person]; they want to annul the national anthem; they want to fold up our flag they want to annul Israel as the nation state of the Jewish people and turn it into what they call and Israeli-Palestinian state, or what others call a state of all its citizens.”

Netanyahu said that the demonstration showed exactly why the government had passed the law. “We need it to ensure the future of Israel as the nation state of the Jewish people. We passed this law and we will keep this law,” the prime minister said.