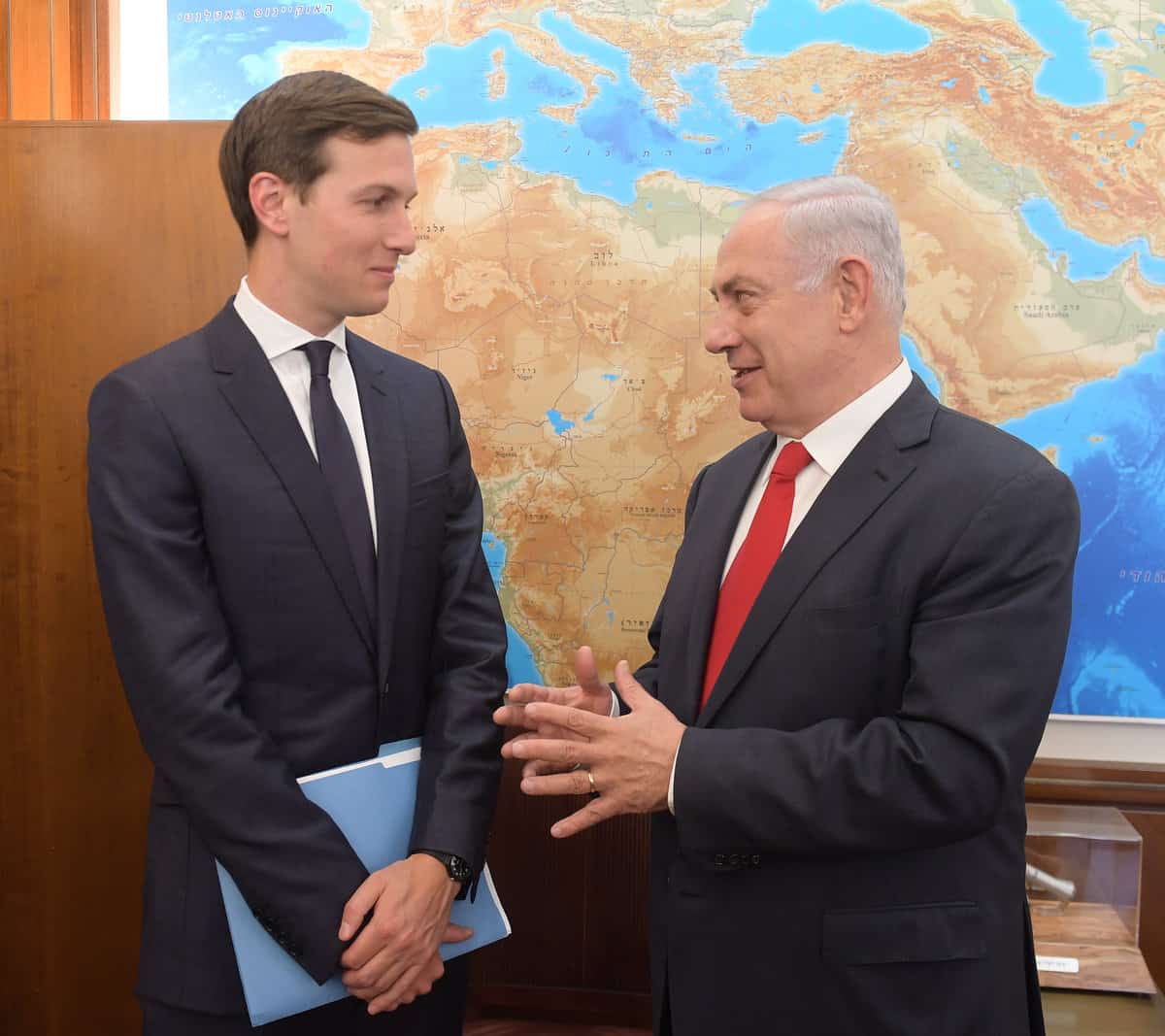 Prime Minister Binjamin Netanyahu met with senior advisor to President Donald Trump Jared Kushner and special U.S envoy to the Middle East Jason Greenblatt over the weekend in order to discuss the situation in Gaza as well as the President’s Middle East peace plan, which observers expected to be presented soon to Israel and the Palestinians.

“Over the weekend, I held two important meetings with Jared Kushner and Jason Greenblatt. We discussed the peace process, the issues of the region, and gave special focus to the situation in Gaza,” Netanyahu told his ministers during Sunday’s Cabinet meeting. “I have to say that there was absolute support for our stances and actions employed in order to ensure the security of Israel and its citizens in the Gaza Belt, these things were also stated publicly by administration officials,” he added.

Netanyahu said he also discussed with the envoys how to solve the humanitarian crisis in Gaza without strengthening Hamas, and that he had thanked President Trump, Secretary of State Mike Pompeo and American Ambassador to the United Nations Nikki Haley for their continued support and defense of Israel.

Last week, Kushner and Greenblatt met with Jordanian King Abdullah II in Amman, in order to discuss the approaching peace plan. The meeting took place just one day after Abdullah held a rare meeting with Netanyahu, where the two reportedly discussed the deal as well as regional challenges. During the meeting, the King reportedly stressed to the Prime Minister the significance that Jerusalem holds in the Muslim world.

On Sunday, Kushner gave an interview to the Al-Quds Palestinian newspaper, where he expressed his fears that Palestinian Authority Chairman Mahmoud Abbas may not be capable of signing a possible peace deal with Israel.

“President Abbas says that he is committed to peace and I have no reason not to believe him,” Kushner told Al-Quds, “However, I do question how much President Abbas has the ability to, or is willing to, lean into finishing a deal. He has his talking points which have not changed in the last 25 years. There has been no peace deal achieved in that time. To make a deal both sides will have to take a leap and meet somewhere between their stated positions. I am not sure President Abbas has the ability to do that,” he added.

“Both parties will need to gain more than they give and to feel confident that the lives of their people will be better off decades from now thanks to the compromises they make [today]. It will be up to the leadership and the people of both sides to determine what is an acceptable compromise in exchange for significant gains,” Kushner continued.

As the details of President Trump’s regional peace plan are still being kept under wraps, many estimate that it will soon be presented to the parties. While observers view the Trump administration as being unapologetically pro-Israel, a sentiment that has lead to growing frustration from Abbas and the PA, some worry that Trump’s lack of any real emotional sentiment towards Israel, along with his determined pragmatic, deal-making attitude, may lead to a situation in which Israel is forced to make major concessions as part of the proposed deal.

“Nothing will prevent Trump from reaching a deal with the Palestinians, not even a Jewish son-in-law,” former Israeli Ambassador to the United States MK Michael Oren recently told Israel’s Radio Darom, adding his concerns that member of Israel’s political Right will object to any deal proposed. “What keeps me up at night is the possibility that some in Israel might object [to the deal] for all sorts of reasons and push this President away… These are very extreme players, maybe even [Jewish Home leader Naftali] Bennett. When I hear sweeping objections to any kind of concession, that makes me worry.”