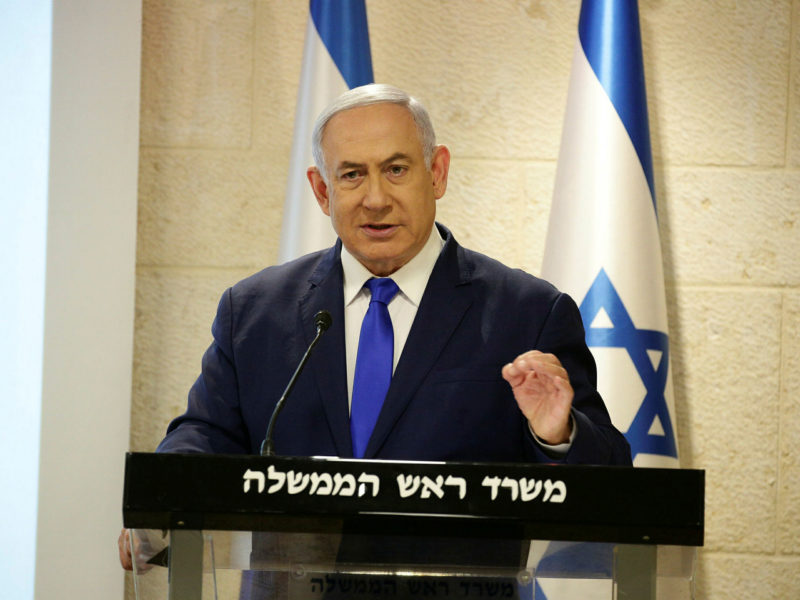 Iranian aggression in the Middle East is threatening Israel in a magnitude similar to the threats the country faced during the Yom Kippur War, Prime Minister Benjamin Netanyahu warned.

Israel was attacked by Egypt in the south and Syria in the north in October 1973 and was overpowered at the beginning of the war and lost territory. The IDF managed to turn the tables but incurred heavy losses in the process. The war left an indelible sense of trauma on the Israeli public.

Speaking at a memorial for the IDF fallen of the Yom Kippur War at the Mount Herzl Military Cemetery in Jerusalem, Netanyahu said that “the current focus of aggression in the Middle East is the Iranian regime in Tehran. Iran is striving to tighten its grip in Lebanon, Syria, Iraq, Yemen and the Gaza Strip.”

Recounting the Islamic Republic’s latest acts of aggression, Netanyahu said that the country is “relentlessly arming itself. It is equipping its proxies with dangerous weaponry. It is attacking freedom of navigation in international shipping lanes. It downed a large American UAV. It mounted a crude and unprecedented attack on Saudi oil fields. It has repeatedly crossed its threshold of brazenness.”

However, Iran’s biggest threat is to Israel, the premier warned. “Iran threatens to wipe us off the map. It says explicitly: ‘Israel will disappear.’ It has tried to attack us repeatedly; therefore, we must stand ready to defend ourselves against danger.”

While Israel does not aspire to act alone, it was forced to do so at the start of the Yom Kippur War.

“Only towards the end did the American aid arrive. Like in 1973, today we very much appreciate the important support of the US, which has greatly increased in recent years, as well as the major economic pressure that the US is using on Iran,” he noted

“Even so, we will always remember and implement the basic rule that has guided us; Israel will defend itself, by itself, against any threat,” Netanyahu underscored.

The IDF is “prepared to pre-empt any threat, defensively and offensively, with crushing strength, in weaponry and in spirit. This is the tremendous spirit that was instilled in us by the generation of the Yom Kippur War.”

Facing these threats, Israel may be forced to execute a preemptive strike, he stated ominously.

Following the Iranian drone and cruise-missile attack last month on Saudi Arabia’s oil fields, Israel has heightened its level of alert with an understanding that is may soon face a similar attack, which could spell massive casualties as well as a war in the Middle East.

For just $100 per month you can bring the gospel to 10,000 homes. Join us as media missionaries! GIVE NOW
VIEW COMMENTS
« Is The Ministry of the Prophetic Scribe Biblically Sound? ‘Stunned and Pained’: Israel Express Shock, Condemns Attack on Synagogue in Germany »