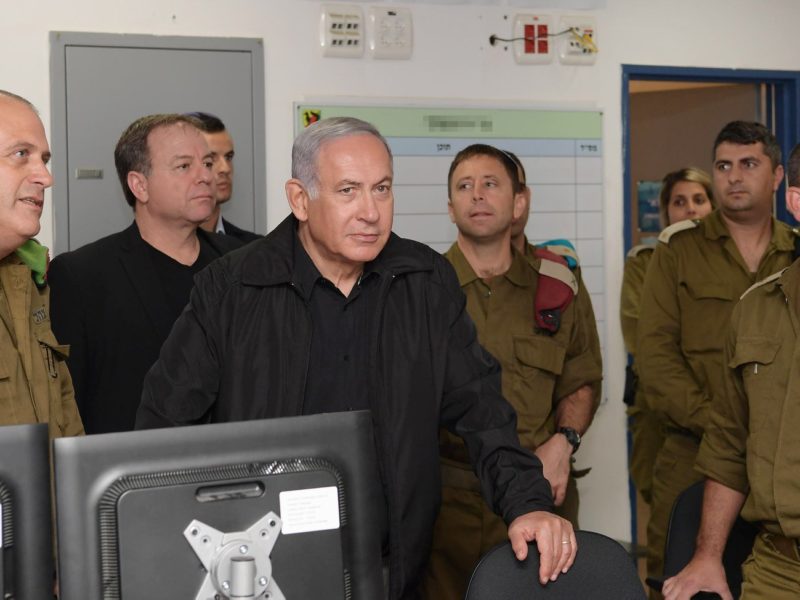 Prime Minister Benjamin Netanyahu warned Hamas Wednesday that it will pay a heavy price following the rocket attack overnight that destroyed a house in Beer Sheva. “I have now concluded an assessment of the situation with the heads of the IDF and security forces, “

Netanyahu said. “Israel sees with great severity the attacks on the fence, on the Gaza perimeter, on Beersheba –  everywhere. I said this week at the start of the Cabinet meeting that if these attacks do not stop we will stop them. I want to tell you today, Israel will act with great force,” Netanyahu said during a security assessment at Gaza Division headquarters.

The Security Cabinet is scheduled to meet later Wednesday once Chief of Staff Gadi Eisenkot has returned from the United States to decide on further steps.

Following the attacks, the IDF launched a series of strikes on targets in Gaza, including on a Hamas attack tunnel.

During his visit to the Gaza Division HQ, Netanyahu met with video surveillance operators who identified the launching squad that was thwarted by the IDF this morning and praised them for their work.

For just $100 per month you can bring the gospel to 10,000 homes. Join us as media missionaries! GIVE NOW
VIEW COMMENTS
« A Pastor Disguises Himself As A Homeless Man Outside Church And What Happened Made Him Cry Hanegbi: We Have Nothing To Gain From War With Gaza »