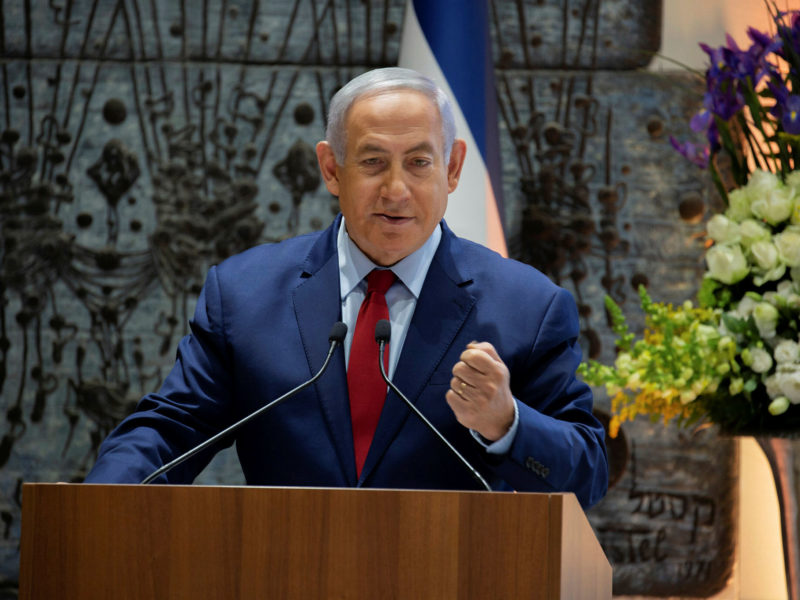 Prime Minister Benjamin Netanyahu on Sunday announced that Israel will implement a new law that withholds tax transfers from Israel to the Palestinian Authority (PA) to offset salaries paid by Ramallah to terrorists or their families.

Speaking at the beginning of the Cabinet meeting on Sunday, Netanyahu stated that preparatory work will be concluded by the weekend and that the Cabinet will vote on the move next Sunday.

“Let nobody doubt, the funds will be deducted, at the start of next week,” Netanyahu declared.

The law aims to penalize the PA for its practice, dubbed “pay to slay,” of providing salaries to Arabs who commit acts of terrorism against Jews. The stipends are paid out in varying amounts in accordance with the crime and sentence; the more violent and lethal the attack, the higher the monthly stipend.

Israel transfers NIS 8.5 billion (more than $2.4 billion) in tax payments to the PA annually. The PA’s budget in 2018 stood at NIS 18.5 billion ($5.2 billion). The PA has dedicated a significant portion of its budget, some seven percent, to incentivize the murder of Jews through stipends paid to terrorists and their families.

In its 2018 budget, the PA increased its funding of the payments and allocated $360 million for the Prisoners and Martyrs fund, which disperses payment to imprisoned terrorists, released terrorists and the families of dead terrorists.

Israel’s new legislation determines that at the end of each year, the defense ministry will draft a report on the funds the PA pays terrorists. The financial penalty will be determined by the report.

The law mandates the deduction with no options for flexibility and leaves no room for the government to make a new decision each year on whether or not to make the deduction, based on diplomatic and other considerations.

MKs Elazar Stern and Avi Dichter, who co-sponsored the law, stated Sunday that he welcomes the enactment of the law, and that “it will clarify to the PA that there is a price for financially supporting terrorists, and we will collect it. We will act in any way possible to deter the terrorists. ”

The PA leadership has vowed to proceed with its policy of paying terrorists and supporting their families, “to their last penny,” as one official stated after the Israeli bill was voted into law, and has also threatened not to take any of the funds transferred from Israel if the sums paid out to terrorists are cut from the transfers.

The sum that stands to be deducted stands at hundreds of millions of shekels, a significant part of the PA’s budget.

For just $100 per month you can bring the gospel to 10,000 homes. Join us as media missionaries! GIVE NOW
VIEW COMMENTS
« Terrorists Fire Mortar at Israel First-Ever Joint Israel-US ‘Juniper Falcon’ Exercise Kicks Off »