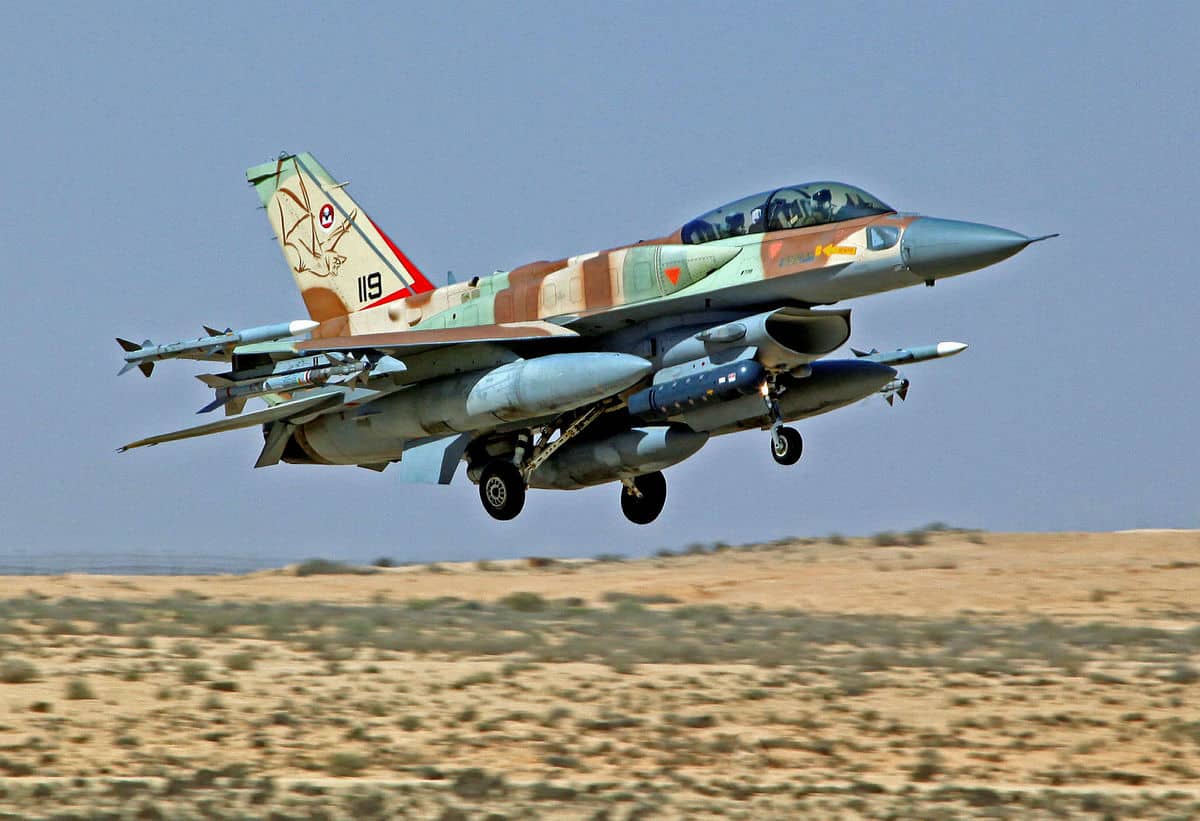 Israeli Prime Minister Binyamin Netanyahu and Defense Minister Avigdor Liberman said Sunday that IDF air strikes on Hamas targets in Gaza over the weekend had delivered a “severe” blow to Hamas while Liberman added that Israel has “no intention of learning to live” with ongoing kite-born arson attacks from Gaza.

“We will hurt anyone who tries to hurt us very badly,” Netanyahu said. “That’s what we did yesterday – the IDF delivered the strongest blow that Hamas has sustained since Operation Protective Edge. I hope they got the message. If not, they’re going to get it in future.”

The IDF hit dozens of Hamas targets over the weekend, while the terrorist group fired over 100 rockets and mortars into Israel. The hits were in response to ongoing kite-based arson attacks, in the largest strike since the 2014 Gaza war. 20 projectiles were intercepted by Israel’s Iron Dome missile defense system with 73 falling in open areas. Over 150 Code Red rocket alerts sounded in Southern Israel over Shabbat, as far away as Ashkelon and Netivot, each 12 kilometers from Gaza.

Three Israelis were wounded in Sderot when rockets hit a home and a synagogue. They were evacuated to Barzilai Medical Center in Ashkelon and listed in moderate condition. Infrastructure damage included power lines.

The IDF said it had attacked four Hamas military compounds. Among the targets was a Hamas battalion headquarters in Beit Lahia in the northern Gaza Strip where the IDF said it had hit an urban warfare training compound, ammunition storage depots and command centers. According to the IDF, the strikes also targeted Hamas naval facilities.

Unconfirmed Palestinian reports said at least two people had been killed in the strikes. on a high-rise building in the Shati refugee camp in the northern Gaza Strip used by Hamas for urban warfare training and positioned above a tunnel used for practicing underground combat. The IDF said that building was hit only after its residents were warned in advance to leave. A statement added that the strike “was further proof of the IDF’s intelligence and operational capabilities which would be escalated as required.”

IDF jets also hit two terror tunnels, the first located in the south of the Strip inside Palestinian territory opposite Keres Shalom and the second in northern Gaza. “The Hamas terrorist organization is continuing to conduct terrorist operations against IDF forces and security infrastructure and to attempt to harm Israeli civilians,” an IDF said in a statement, calling the Hamas attacks a “gross violation of Israeli sovereignty.”

At the conclusion of a special meeting to discuss the escalation in hostilities. the Israeli Cabinet decreed on Sunday that Israel will respond with military action to any incendiary kite or fire balloon sent into its territory,

The meeting was held following criticism from across the political spectrum in Israel that the government was not doing enough to address the threat posed by aerial arson attacks and that the IDF is going out of its way in order to avoid harming Hamas operatives in the hope of achieving a cease-fire.

On Saturday night, the Israeli Education Minister, Naftali Bennett tweeted: “The equation by which, after two months of fires and hundreds of rockets on residents of the Gaza Belt, Hamas is dictating [the terms of the] the cease-fire is a serious error. I made it clear two months ago: restraint leads to escalation,” adding “The IDF must be instructed to act with force, sophistication and thoroughness.”