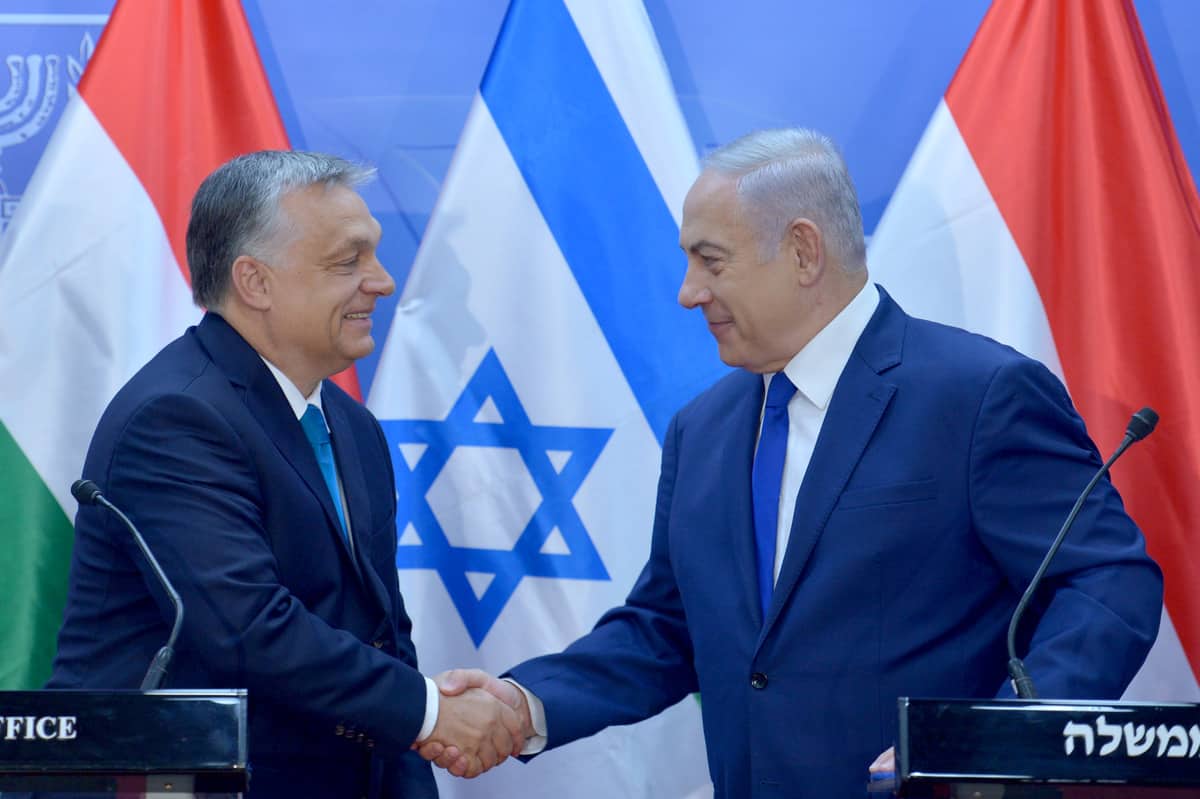 Israeli Prime Minister Benjamin Netanyahu praised his Hungarian counterpart Viktor Orbán for commitment to battling anti-Semitism as the two leaders met at the Prime Minister’s Office in Jerusalem on Thursday.

“Anti-Semitism has been the scourge of the Jewish people for thousands of years,” Netanyahu said. “It claimed horrible tragedies, culminating in the greatest tragedy of them all – the Holocaust in the 20th century. It must be fought continuously, relentlessly, unambiguously.”

The prime minister’s comments came despite opposition calls to cancel the visit because of Orban’s alleged use of “anti-Semitic propaganda.”

During a joint press conference, Netanyahu stated that Orbán’s visit wasreciprocal to Netanyahu’s “excellent visit to Hungary” last July. “[It was] very impressive seeing your country, the great development that is taking place but also seeing the things that are so evocative to the history of our people beginning with the birthplace of our great visionary behind you, Theodor Herzl. His birthplace, the beginning of Zionism, the reason that we are all here. It all began in Budapest,” said Netanyahu.

“In addition to preserving the memory of the past, Hungary and Israel are seizing the future,” Netanyahu continued, “we are not big countries but big in aspiration, big in talent, big in intellectual capability and we are developing new industries. For example, Israel today has a car industry. You have a car industry. We don’t call it exactly a car industry but it is the software that makes transportation change radically and this is happening in so many other fields. I see the tremendous possibilities of cooperation between our two economies, between our entrepreneurs, between our businesspeople and we indeed cooperate in so many areas, in technology, in commerce, in tourism, in security and much more.״

Later on Thursday evening, Orbánwill attend a dinner with Prime Minister Netanyahu and his wife Sara in the Prime Minister’s Residence in the capital. On Friday, he is set to visit the Western Wall in Jerusalem, before returning to Hungary.

Orbán’s visit to Israel comes a day after local media reported that Israel has lobbied the Trump administration in the United States to open its doors to Orbán’s government, despite Washington considering Hungary to be an “illiberal democracy.”

According to the reports, Israel’s Ambassador to the US Ron Dermer, as well as other Israeli officials have, at Netanyahu’s request, met with senior members of Trump administration on multiple occasions, where they encouraged the administration to soften their stance on Hungary.

Channel 10 News quoted a nameless Israeli official as saying: “The message we conveyed to anyone willing to listen was that the relations with Hungary are very important (to us), and that Israel would want to see U.S-Hungarian ties getting warmer.”