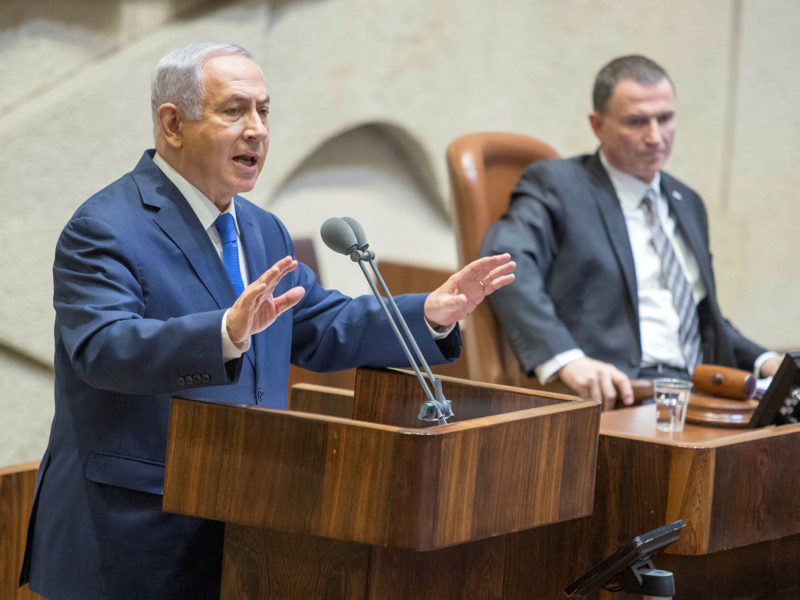 The controversial Nation-State Law was necessary in order to guarantee Israel’s future as a Jewish country, but the measure does not detract from individual civil rights, Prime Minister Binyamin Netanyahu told the security cabinet Sunday (5 August).

Addressing Saturday nights Tel Aviv rally against the law, sponsored by the Druze community, Netanyahu stressed that individual rights in Israel were guaranteed in a variety of laws, beginning with the Basic Law: Human Dignity and Liberty. But he said that without the law it would be impossible to guarantee the country’s future as a Jewish state.

“No one has detracted, and nobody has any intention of detracting, from these personal rights. But without this law it would be impossible to ensure Israel’s future as a national home for the Jewish people,” Netanyahu said.

“The Nation-State Law serves to protect the Law of Return; it raises it to another level and of course grants the right to automatic citizenship to Jews, and only to Jews. The nation-state law prevents, for instance, people from taking advantage of the clause that allows for family reunification, via which tens of thousands of Palestinians have been absorbed in Israel since the Oslo accords were signed. This law will help prevent the continued unchecked entry of Palestinians into Israel. “The law could also help Israel block future entry of illegal immigrants.

“These, and other things are happening because the country’s laws only anchored in a basic law  that deals with individual liberties, with no constitutional balance for our national element. So we passed the nation-state law in order to ensure that the country is not only democratic, but also continues to be the national home of the Jewish people. This is a critical need for our generation, and for future generations.”

The premier also addressed the Druze community directly, saying Israeli Jews and Druze share a special bond that will not be broken by the current legislation.

“Our deep connection with members of the Druze community and our commitment towards it are also critical. So we are creating today a special ministerial committee to give support to this connection and this commitment while at the same time recognising individuals of all faiths who serve in the IDF and the security forces,” Netanyahu said.

For just $100 per month you can bring the gospel to 10,000 homes. Join us as media missionaries! GIVE NOW
VIEW COMMENTS
« Knesset Committee Ratifies Anti-Prostitution Bill Things are changing… how do you handle transition? »