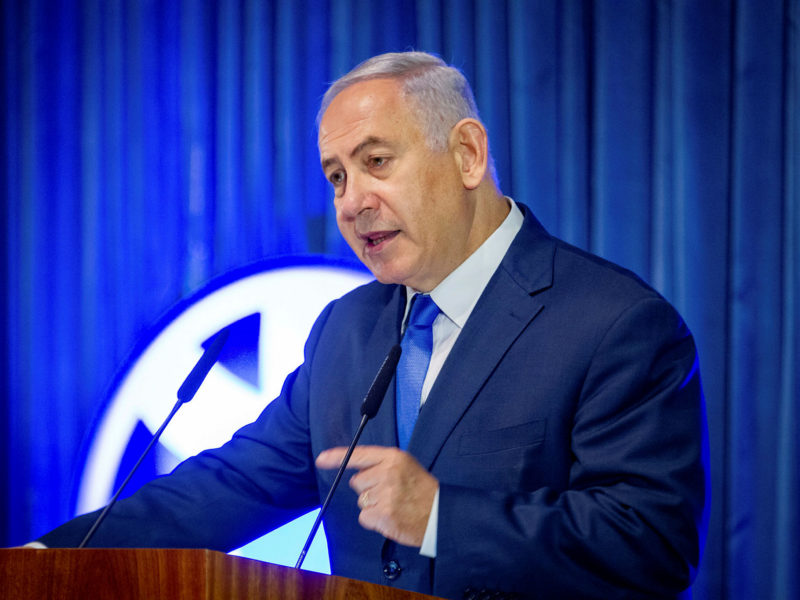 The Iranian regime is well aware of the approaching renewal of sanctions against it, Prime Minister Binjamin Netanyahu said during Sunday’s Government meeting.

“The Iranian economy is at a low. You have to see the data to believe it, Iran is investing billions of dollars to finance terrorism around the world and in the region, instead of investing in Iran’s citizens,” said Netanyahu, adding that “the Iranian people are protesting, and rightly so.”

According to Netanyahu, the change in the United States’ stance on Iran embodies a strategic reversal for Israel. “I believed that this change was possible when I stood up to the entire world in order to cancel this bad deal,” he said, referring to the 2015 Joint Comprehensive Plan of Action. “Our goal remains consistent: Preventing Iran from obtaining nuclear weapons, and breaking the cash flow that the deal has given Iran, which funds the aggression in the region including Syria.

“While the U.S is hitting Iran economically, we are working to prevent Iranian forces and their proxies from achieving military entrenchment in Syria, and that is how we will continue to act.”

Following a security assessment by the Northern Command, the IDF increased its presence of tank and artillery forces on the Syrian border on Sunday morning, with the IDF stating that it will continue to maintain its policy of nonintervention in Syria, alongside a strict policy responding swiftly to any attempts to undermine Israeli sovereignty or harm Israeli civilians.

Addressing the developing situation, which saw thousands of Syrian refugees fleeing from Daraa and establishing camps near the Israeli border over the weekend, Netanyahu said:”We will continue to defend our borders. We will provide humanitarian aid wherever possible, [but] we will not allow entrance to our territory and we will demand strict observance of the 1974 disengagement agreements with the Syrian army.”

Netanyahu said that he is in continuous contact with the White House and the Kremlin about this developing situation, adding also that Defense Minister Avigdor Liberman and IDF Chief of General Staff Maj. Gen. Gadi Eizenkot are maintaining similar lines of communication with their American and Russian counterparts.

For just $100 per month you can bring the gospel to 10,000 homes. Join us as media missionaries! GIVE NOW
VIEW COMMENTS
« Israeli NGO Wins UN Prize Hamas Says No Deal On Missing Soldiers, Without Israel Releasing Hundreds of Prisoners »