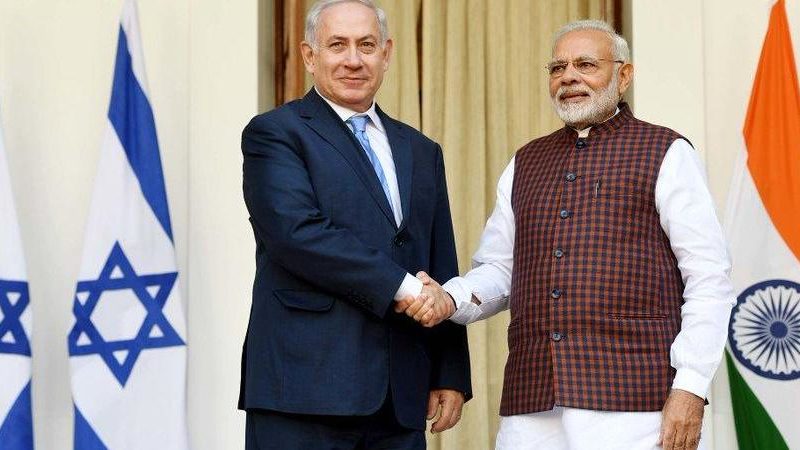 Prime Minister Benjamin Netanyahu spoke on Monday with Indian Prime Minister Narendra Modi and the two leaders agreed to continue and advance bilateral cooperation in the fight against the Coronavirus (COVID-19) with emphasis on technological cooperation and tests.

An Israeli team of researchers in August returned from India after conducting the final stages of testing of four advanced technologies for the rapid diagnosis of the Coronavirus.

The Ministry of Defense announced that the team had met its goal of collecting more than 20,000 samples from verified Corona patients within nine days.

The delegation established six drive-in sites in the city of Delhi for Corona sampling and two laboratories for concentrating and processing the data in computer systems brought specially from Israel.

This massive sampling will shorten processes and advance the approval of effective technology.

The two leaders also agreed to hold a digital conference on innovation in the field of solar energy “to jointly achieve more inexpensive solutions that will benefit the economies of both countries and the entire world,” Netanyahu’s office stated after the conversation.

Modi tweeted that he and Netanyahu “reviewed our initiatives in other areas like agriculture, water and innovation.”

Relations between the two countries have warmed considerably in recent years, especially since Modi took office.

Netanyahu and Modi met at the UN in September 2014, the first such meeting in over a decade. The relationship was given a further boost during the visit of Indian President Pranab Mukherjee to Israel in 2015 and the reciprocal visit of President Reuven Rivlin to India in December 2017.

The Israeli government and Ministry of Foreign Affairs are promoting joint business ventures, agricultural programs, tourism and other joint projects.

For just $100 per month you can bring the gospel to 10,000 homes. Join us as media missionaries! GIVE NOW
VIEW COMMENTS
« Get 7 Days Of FREE Access To God Today! Israel Export Institute Signs Agreement With Dubai’s World Trade Centre Authority »