BREAKING
Israel-led Team Solves Mystery Why Lightning Strikes Fewer Times Over The Ocean...
Tourism In The Holy Land Is Soaring Back Up To Pre-Pandemic Highs
Lapid Speaks Directly To Palestinians—Offers Them “Another Way” Out Of The Ongoing...
Home News Netanyahu to be Questioned by Police on Friday

Netanyahu to be Questioned by Police on Friday 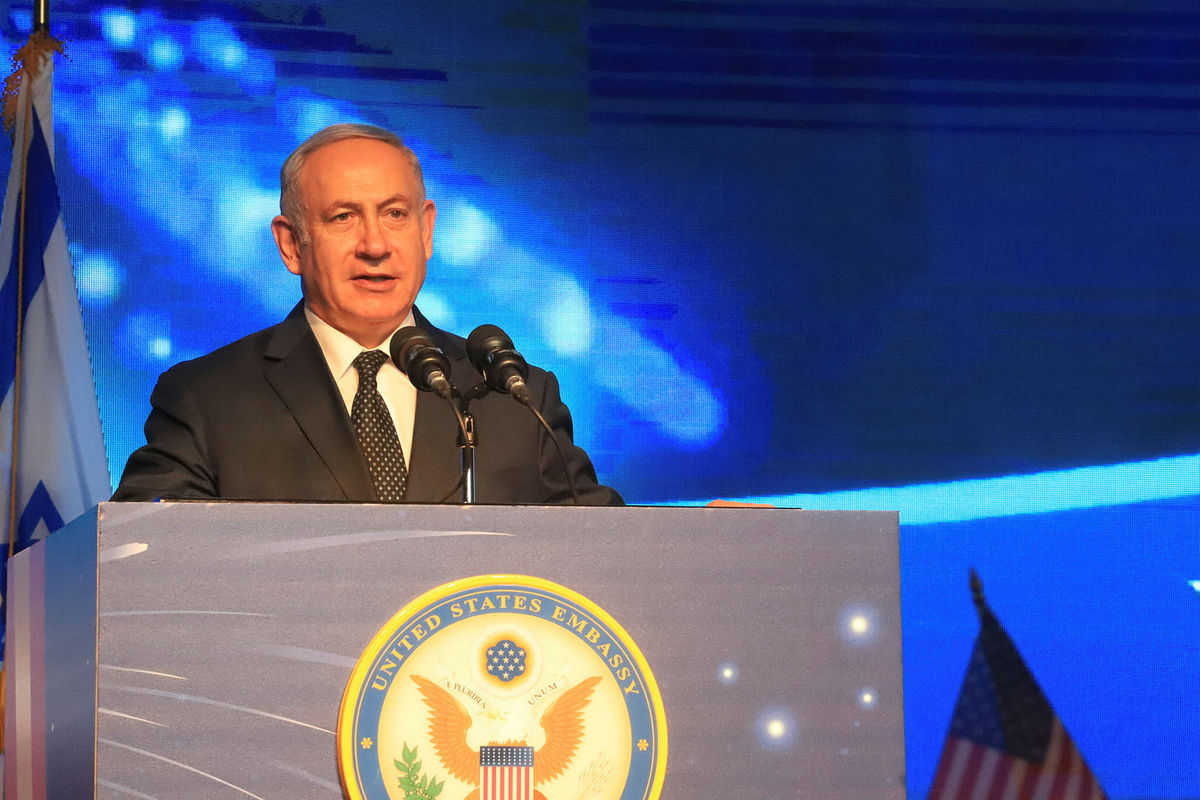 Prime Minister Benjamin Netanyahu is expected to be questioned in his residence in Jerusalem by the Lahav 433 serious crimes unit for the 12th time on Friday, Israeli media reported Tuesday night.

Netanyahu will be questioned in three cases: 1000, 2000 and 4000. In Case 1000, the so called  “Cigars and Champagne” Netanyahu has admitted accepting hundreds of thousands of dollars worth of “gifts” from wealthy benefactors, most notably expensive cigars and champagne provided by the billionaire Israeli-born Hollywood producer Arnon Milchan. The prime minister says the gifts were nothing more than gifts between friends and insists there was no “give and take” associated with them, but police are investigating the possibility that Milchan and others provided the goods at the Netanyahus’ request.

In case  2000 Netanyahu is suspected of attempts to trade legislation for favorable media coverage.  According to the investigation Netanyahu is suspected of meeting several times with Arnon (Noni) Moses, publisher of the Hebrew-language Yedioth Aharonoth newspaper and Ynet news website to discuss a deal in which Netanyahu would promote legislation to limit the circulation of Israel Hayom, a freesheet that was launched in July, 2007 by long-time Netanyahu supporter and benefactor Sheldon Adelson, in exchange for positive coverage.

In July 2017 the investigation took a sharp turn when Ari Harow, a former Chief of Staff in the Prime Minister’s Office and another long-time confidant, agreed to become a state’s witness. Investigators found incriminating material on Harow’s phone, including recordings of Netanyahu promising to “push matters forward” with Moses.

The Case 4000 investigation involves suspicions that persons close to Netanyahu, at the time of the allegations serving as communications minister in addition to being prime minister, agreed to promote Bezeq’s economic interests in exchange for favorable coverage by Walla!News, also owned by Elovitch.

In March Nir Hefetz, a former media adviser to Prime Minister Benjamin Netanyahu has signed an agreement to become a state’s witness in Case 4000.

Netanyahu was last questioned in July on Case 4000, and told police interrogators that his family never received favorable coverage from the Walla! News website. During the interrogation, Netanyahu presented articles from Walla! News from his time as communications minister to contrast claims that Walla’s coverage had been overly favorable for his family.

After receiving the police summary of the investigation, Attorney General Avichai Mandelblit will decide whether to bring to trial the prime minister.  This could happen at the end of 2019.