Netanyahu to Guatemala’s President-Elect: ‘Together We Will Strengthen the Excellent Cooperation’ | God TV
Israel 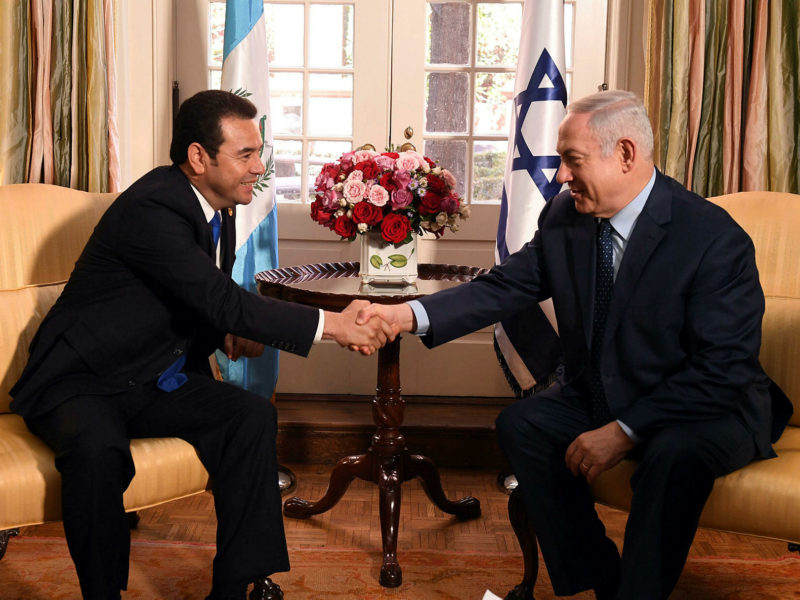 Prime Minister Benjamin Netanyahu on Tuesday conveyed Israel’s congratulations to Alejandro Giammattei on his election as President of Guatemala.

“He is a friend of Israel and I am convinced that together we will strengthen the excellent cooperation between the countries,” Netanyahu stated.

Giammattei defeated former First Lady Sandra Torres with 58% of the votes. He is considered a strong supporter of Israel.

“During his tenure, relations between Israel and Guatemala reached new heights, thanks also to his correct and brave decision to recognize Jerusalem as the capital of Israel and to move the Guatemalan Embassy there,” he added.

Guatemala moved its embassy from Tel Aviv to Jerusalem in May 2018, two days after the US made the historic move.

Shortly after taking office in 2015, Morales, an evangelical Christian, visited a synagogue in Guatemala City, where he announced his intention to visit Israel. He made the historic trip in November 2016.

Guatemala was one of the nine nations to vote against a United Nations resolution that condemned the US for President Donald Trump’s recognition of Jerusalem.

Guatemala has supported the creation of the State of Israel and was the second country to recognize it, after the US.

For just $10 per month you can bring the gospel to 1,000 homes. Join us as media missionaries! GIVE NOW
VIEW COMMENTS
« Israeli Navy Prepares for Disastrous Earthquake in its Biggest Ever International Exercise Letting The Spirit Guide What You Fill Your Eyes With »