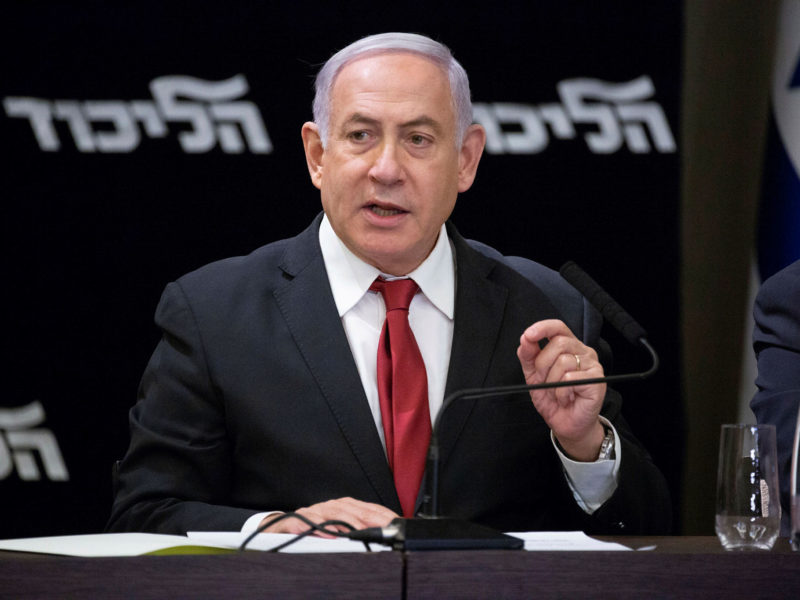 “When we look at the Nazi genocide against Jews, we look at the massacre in the Gaza Strip from the same perspective,” Erdogan said earlier this week at a meeting with Turkish and Islamic organizations in New York, on the sidelines of the United Nations’ General Assembly.

In response, Netanyahu stated Tuesday that “he who does not stop lying about Israel, who slaughters the Kurds in his country, and who denies the awful massacre of the Armenian people – should not preach to Israel.”

“Anyone who systematically violates human rights, brutally persecutes the Kurds and supports the Hamas terrorist organization is the last to preach morality to Israel. Shame on you, Erdogan,” he stated in Hebrew.

“There is no other way to interpret Erdogan’s crude and vile words – it is antisemitism, clear cut. This is proof that the responsibility of Holocaust Remembrance is more relevant now than ever,” he added in English.

Erdogan has a long history of anti-Israel and anti-Semitic statements and actions. Hamas operates its terrorism headquarters on Turkish soil, unhindered.

At the same event in New York, Erdogan again framed the issue of sovereignty and control of Jerusalem as a religious issue, for which a religious battle must be waged.

“No force or threat can dissuade our country from its activities to protect and defend the rights of Palestine and Jerusalem,” said Erdogan at a meeting with Turkish and Islamic organizations in New York, on the sidelines of the United Nations’ General Assembly.

Erdogan emphasized that the issue of Jerusalem is not just about Muslims in Palestine, but “touching the dignity of 1.7 billion Muslims in the world.”

Erdogan has previously called on Muslims to march on Jerusalem.

For just $100 per month you can bring the gospel to 10,000 homes. Join us as media missionaries! GIVE NOW
VIEW COMMENTS
« Woman Injured in Stabbing Attack; Terrorist Captured Rivlin Tasks Netanyahu with Forming Government, Again »