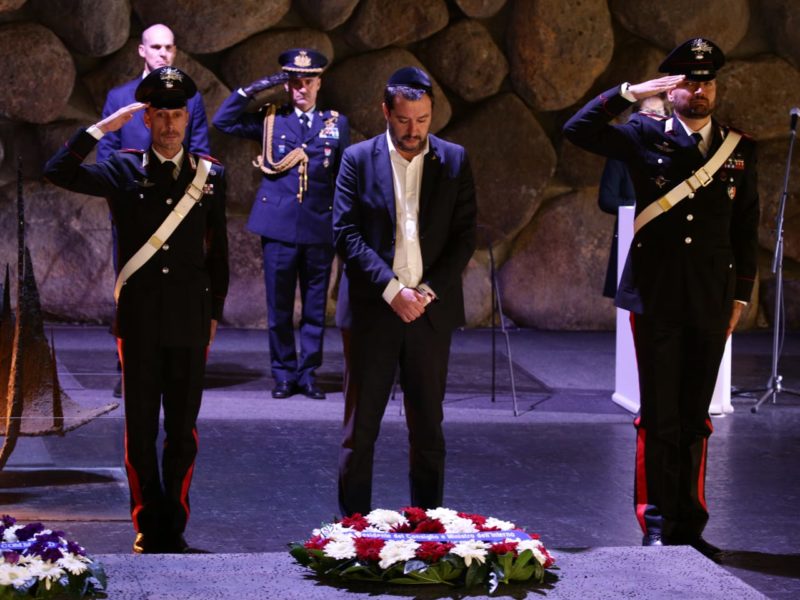 Netanyahu welcomed Salvini calling him a great friend of Israel.

The Israeli Prime Minister also emphasized that UNIFIL’s commander at the Israeli Lebanon Border is Italian.

“You have a commander in UNIFIL, an Italian commander,” he said. “We think UNIFIL has to do a stronger job, tougher job, but ultimately it’s the responsibility of the international community. They should stop Hezbollah from taking these acts of aggression against Israel.”

Salvini also discussed economic cooperation between Israel and Italy, as well as anti-terrorism efforts and changing European attitudes toward Israel.

The meeting with Netanyahu was followed by a visit to Yad Vashem where Salvini wrote in the guestbook about his commitment to making sure that there would never be the Holocaust again.

“As a father, a man and only after [that] as a minister, I have made a commitment in my heart, for the rest of my life, that this never happens again.”

Before leaving, Salvini, who is considered a controversial figure because of his ethno-nationalistic far-right ideas, also met Israel Justice Minister Ayelet Shaked at the Knesset.

Photo and article by TPS