Netivot, Israel: A Call to Prayer for the Region | God TV
Articles 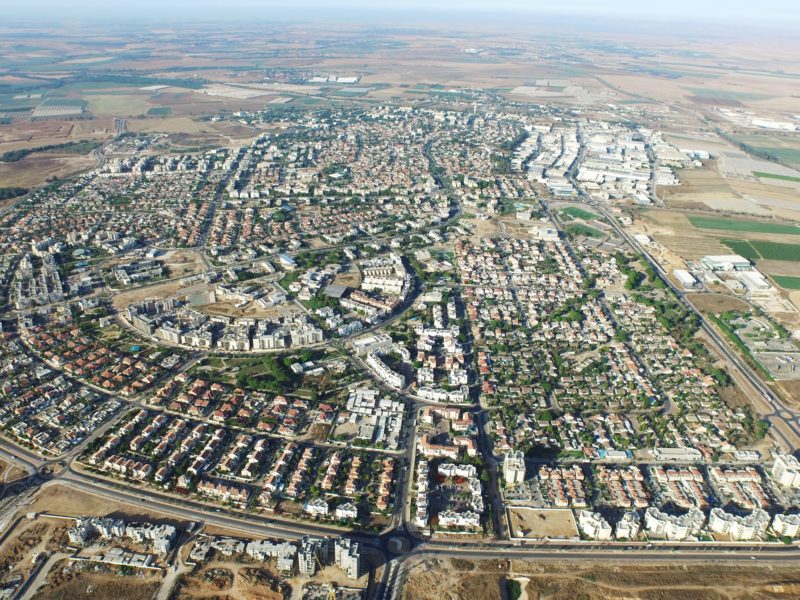 Netivot is a small city close to the Gaza strip with a complex identity in the politically and religious conflicted Israel. It is widely known for many violent attacks that have happened in this region of Israel by Islamic terrorists, but what is it like to live in Netivot today?

While it is hard to say what the conditions are like now and what the future holds, we wanted to update you with what we know. With some history of Netivot and a summary of the attacks since 2008, we want to give you good information to stay up to date. This central city definitely needs our prayers and support. We will also give you a way to get the latest update of Israel by connecting with one of our well-known resources.

This Negev town is known to be home for around 30,000 Israelis. Founded in 1956, Netivot is a southern district of Israel right in between Gaza and Beersheba. This is a family town that has charm and is right in the center of the country. The very first immigrants were from Morocco and Tunisia in the late 1900s were joined by Russian Ethiopian immigrants. This city has suffered lots of terror and attacks since 2008 and most recently 2012 and 2018 attacks.

A very well-known landmark in this city includes the Baba Sali (A tomb of a Moroccan Rabi). This city is known for its Jewish mystics and is made up of 99.9 percent Jews with no large Arab population. There are many factories located in Netivot and 11 newspaper go out of this city. The city population is expected to double and there are plans for expansion already in the works. There are also about 22 schools located here with a total of around 4,000 students.

The Many Attacks Near Netivot

Even though Netivot is 15 miles from Gaza, the terrorist attacks have greatly impacted this city. Events like the rocket fire in 2018 are one of the many events that have affected people in Netivot. There was known to be around 80 rocket attacks by Islamic terrorists in one attack near Netivot and Gaza in May of 2018. There was another rocket attack reported to have hit right outside a school near Netivot in 2012. These are just the reports we have heard of. There are sure to be other terror attacks not reported all around Netivot and the Gaza strip.

Agree with us in prayer

Israel is sacred land and holds a special place in God’s heart. God commands us to pray for the peace of Jerusalem and of all of Israel. If you would like to stay updated about what’s happening in Netivot and Israel, subscribe to the Israel Insider e-Newsletter for daily news on Israel and the Middle East.

Let’s pray these scriptures over Netivot, Israel today and prophesy life over their identity and destiny as children of God Almighty!

“For there is no difference between Jew and Gentile—the same Lord is Lord of all and richly blesses all who call on him, for, “Everyone who calls on the name of the Lord will be saved.” (Romans 10:12-13)

“I urge, then, first of all, that petitions, prayers, intercession and thanksgiving be made for all people— for kings and all those in authority, that we may live peaceful and quiet lives in all godliness and holiness. This is good, and pleases God our Savior, who wants all people to be saved and to come to a knowledge of the truth.” (1 Timothy 2:1-4)

“The people of Israel. Theirs is the adoption to sonship; theirs the divine glory, the covenants, the receiving of the law, the temple worship and the promises. Theirs are the patriarchs, and from them is traced the human ancestry of the Messiah, who is God over all, forever praised! Amen.” (Romans 9:4-5)

For just $100 per month you can bring the gospel to 10,000 homes. Join us as media missionaries! GIVE NOW
VIEW COMMENTS
« Happy Birthday To The Church Jerusalem Israel: A Glimpse Into Biblical History »