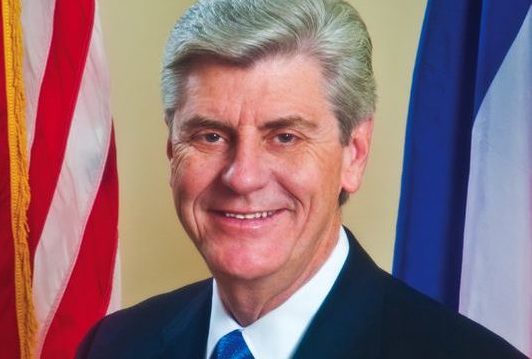 In what has become an unprecedented victory for the innocent, governors in multiple states across the south are passing or enacting new abortion laws that will basically outlaw abortion in those states. Governor Phil Bryant of  Mississippi, signed into law one of the most protective laws regarding human life, into being less than two weeks ago.

The new law will outlaw any abortive procedures in Mississippi if a fetal heartbeat is detected. This would mean an abortion cannot occur post six weeks gestation.

Other states have already signed similar bills including Kentucky and Iowa and only this week Georgia announced it is to follow suit.  In effect these states are redefining and reinstating the sanctity of life compared with other states such as New York, Massachusetts, Washington and Virginia who are trying to take away the rights of the unborn altogether, by allowing abortions up to and including due date.

Needless to say these pro-life decisions have enraged pro-abortion groups who are threatening legal action. However, Governor Bryant has tweeted that his decision was not only a humanitarian one but a powerful act of faith: “We will answer to the good Lord one day. I will say in this instance, “I fought for the lives of innocent babies, even under threat of legal action.”

This powerful statement not only encourages us but endorses the saying, “bad things happen when good people don’t do anything.” I truly believe that the Holy Spirit is moving good people into action. People like Governor Bryant, who are strategically placed to protect all life in their states.

Idaho defines a fetus a human

As reported in February in a Christian News article, many other states are presenting bills to outlaw abortion including, Texas, Oklahoma, South Carolina. Idaho and Indiana. These bills would classify abortion as murder.

Already Idaho has removed an exemption regarding abortion from the States’ homicide laws. Stating that:”Idaho code defines a fetus as a human and says killing a human is murder. Abortion is in contradiction to the inalienable rights recognized in the Idaho Constitution, and the State of Idaho has the authority to nullify federal laws that would allow abortions,”

Just this week Georgia legislators passed a ‘heartbeat bill’ that will ban most abortions in the state. Gov Brian Kemp released a statement which praised the lawmakers for their ‘undeniable courage’.

This movement has taken the USA by storm and encouraged all of us who have been covering the subject of abortion for years. Personally, I have been disgusted at the current laws and the promotion by laws in certain states that would enable the mother, who is in a very vulnerable situation, make a decision to abort or in essence kill her baby post birth.  Now it would appear that many others, who are in powerful positions, are redefining the line in the sand.

All babies have a right to life

I was watching a movie the other night and the first part was about the nativity. Something struck me. Elizabeth, Mary’s cousin, was six months pregnant when, “God sent the angel Gabriel to Nazareth…”  (Luke 1:26).

Mary was already engaged to Joseph. The angel did not ask Mary if she wished to be pregnant he told her the following: “Don’t be afraid, Mary. You have found favor with God. You will become pregnant, give birth to a son and name Him Jesus.” (Luke 1:30)

Mary was told she was to basically to prepare herself mentally and spiritually for what was to happen. The angel then continued to impart that Elizabeth was pregnant, “People said she couldn’t have a child. But nothing is impossible for God,” Luke 1:37

What I am trying to illustrate here is that the creation and determination of life occurs prior to a baby being conceived in the flesh. While Mary was blessed among women and chosen for a very special purpose, we can see how all life is predestined and predetermined by God. All babies are conceived with a God-given purpose and right to life. Every mother-to-be must surely have access to this counsel.

Thank you and God bless all the state governors and legislators for doing the right thing, recognizing and protecting the life of the unborn and ensuring that the next generation’s right to life is upheld.

For just $10 per month you can bring the gospel to 1,000 homes. Join us as media missionaries! GIVE NOW
VIEW COMMENTS
« Verse Of The Day: “Is Anything Too Hard For God?” A Seed of Opportunity – What Are You Planting? »