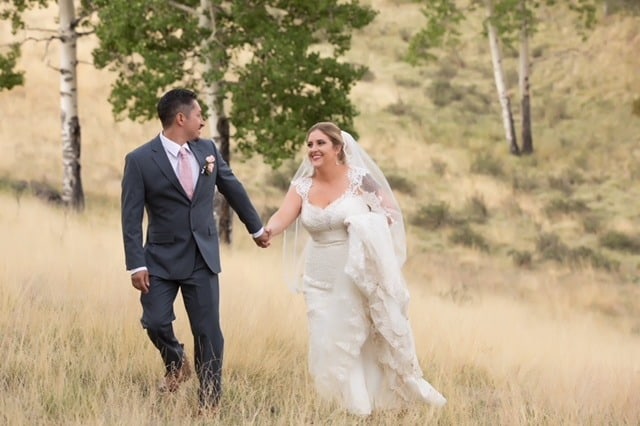 Alley Hoza Rodela is an amazing example of a woman of faith. Despite being diagnosed with a rare inoperable brain tumor she refuses to give up hope. Just married in June, Alley should still be on honeymoon but right now she is fighting for her life…

Even so, she believes God will find a way to reduce the tumor and is asking for believers to stand with her in prayer. Her sister Vanessa has also set up a Go Fund Me page for Alley, for anyone who would like to contribute towards Alley’s medical bills.

Alley is known for her humor and zest for life and is not about to let go of all she holds dear, including her new husband and two step daughters who she has welcomed into her life with an open heart. She also has a close, loving family which includes her mom who has taken unpaid leave to be at her bedside; her older sister Vanessa who has already raised over $27,000 towards her spiralling medical expenses and her younger brother, Christian.

Alley’s life has been a life of service. From rescuing stray dogs as a girl to five years working in law enforcement, she thinks of everybody but herself. She made many sacrifices to put herself through university and graduated with Bachelor’s degrees in Forensic Studies and Criminal Justice to become the youngest person in her position in the State of Colorado.

Alley is a member of Cross Creek Church in Fountain, Colorado and has given many hours to volunteering and mission work.  Undoubtedly it is her faith that underpins everything about her, and now she is facing the greatest trial of her life.

“The same month of her wedding, Alley began experiencing balance issues and headaches,” Vanessa writes, “she became paralysed, was having trouble swallowing and was dizzy, weak and exhausted. She went from blushing bride to barely able to function…”

After three weeks of tests the team of doctors finally discovered what was wrong. She was diagnosed as having a rare inoperable tumor in her brain stem, the delicate area of the brain that controls the nervous system, breathing, swallowing, heart rate, blood pressure and consciousness .

“The doctors have told Alley that there is no fix and that they can hope to reduce the tumor through treatment,” Vanessa writes, “We are asking for help in saving Alley’s life. Her spirits are high and determination strong to be able to go through six weeks of high dose radiation and chemotherapy.

“Collectively we can do amazing things for Alley. We ask in addition to financial help, that you pray for God’s healing. God is greater and there is power in prayer. We need a HUGE army of #AlleysAngels to make this happen.”

Could you be a part of turning things around for this new bride and her family? Click on Alley’s Angels Go Fund Me page to contribute.

For just $100 per month you can bring the gospel to 10,000 homes. Join us as media missionaries! GIVE NOW
VIEW COMMENTS
« Why I Hate Religion But Love Jesus What Gaza Could Look Like: IDF Releases Video Simulation Of Life In The Strip Without Terrorism »