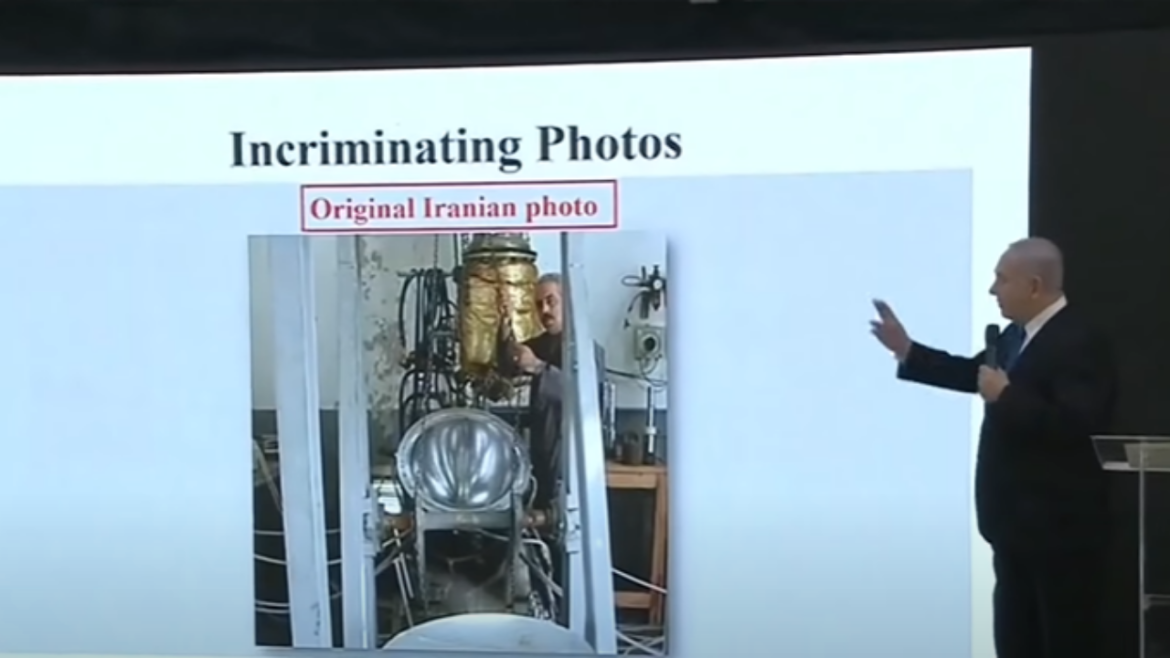 Iran has been covering-up its nuclear arms race for at least 15 years, according to a story published in The Wall Street Journal on Wednesday. The Islamic Republic utilized confidential documents taken from the International Atomic Energy Agency (IAEA—the United Nation’s nuclear watchdog organization) to subvert and skirt around inspections perhaps as far back as 2004.

The only secret that is more “worse kept” than the fact that Israel actually does have nuclear weapons (as a deterrent against demonic regimes like Iran) is that Iran is rapidly getting close to having their own nuclear weapon that they may use in an offensive battle.

The revelation stems from the archives of a large library of nuclear documentation (over 110,000 pieces) seized by Israel from Iran in 2018. The intel collection was made famous in a speech by then-Israel Prime Minister Benjamin Netanyahu as he warned the US and the world that Iran was not abiding by the terms of the 2015 nuclear deal.

Current Israeli Prime Minister Naftali Bennett said in light of this new information about the longevity and depth of Iran’s subterfuge, it’s past time for the IAEA to act.

“The exposure of Iran’s systematic program to deceive the IAEA – which was based around documents that Iran stole from the IAEA – is a wake-up call to the world. This is additional proof of Iranian efforts to advance toward achieving nuclear weapons. The systematic policy of fraud, theft, and concealing evidence by Iran against the IAEA should now become a definitive fact in the eyes of the international community,” Bennett said.

“The time has come for the IAEA Board of Governors to issue a clear message to Iran: Enough!”

From 2004 to 2006, Iran circulated the information found in the IAEA papers to its top nuclear officials and scientists, giving them insights into IAEA protocols that allowed them to fabricate cover stories, falsify documentation, and know in advance what inspectors knew (or didn’t know). Iran even had access to the 18 questions the inspectors would be asking, in advance!

Handwritten notes by Mohsen Fakhrizadeh, the nuclear scientist hailed as the “father” of Iran’s nuclear weapons program, showed where he was being drilled by a senior Iranian official to be able to provide a plausible but fake answer to the IAEA regarding uranium mining. There were similar cover-ups regarding heavy-water production (which produces plutonium as a by-product—a substance used to manufacture atomic weapons).

“Iran could design answers that admit to what the IAEA already knows, give away information that it will likely discover on its own, and at the same time better hide what the IAEA does not yet know that Iran wants to keep that way,” David Albright, president of the Institute for Science and International Security, said.

The current talks in Vienna to revive the failed 2015 nuclear deal have stalled, and earlier in May, IAEA director Rafael Grossi said that his agency was “trying to clarify a number of still open matters with Iran” and that he was “extremely concerned” about the lack of cooperation from Iran.

This month, Israel’s military conducted an extensive test run for a possible airstrike to wipe out Iran’s nuclear weapons capabilities before Iran has an opportunity to use them against Israel, as threatened. Israel Defense Minister Benny Gantz believes Iran is only “weeks from enough fissile material for a bomb.”