BREAKING
Israel-led Team Solves Mystery Why Lightning Strikes Fewer Times Over The Ocean...
Tourism In The Holy Land Is Soaring Back Up To Pre-Pandemic Highs
Lapid Speaks Directly To Palestinians—Offers Them “Another Way” Out Of The Ongoing...
Home Articles New PM Lapid Visits President’s Residence And Yad Vashem, Promises Late Father To ‘Always Keep Israel Strong’ 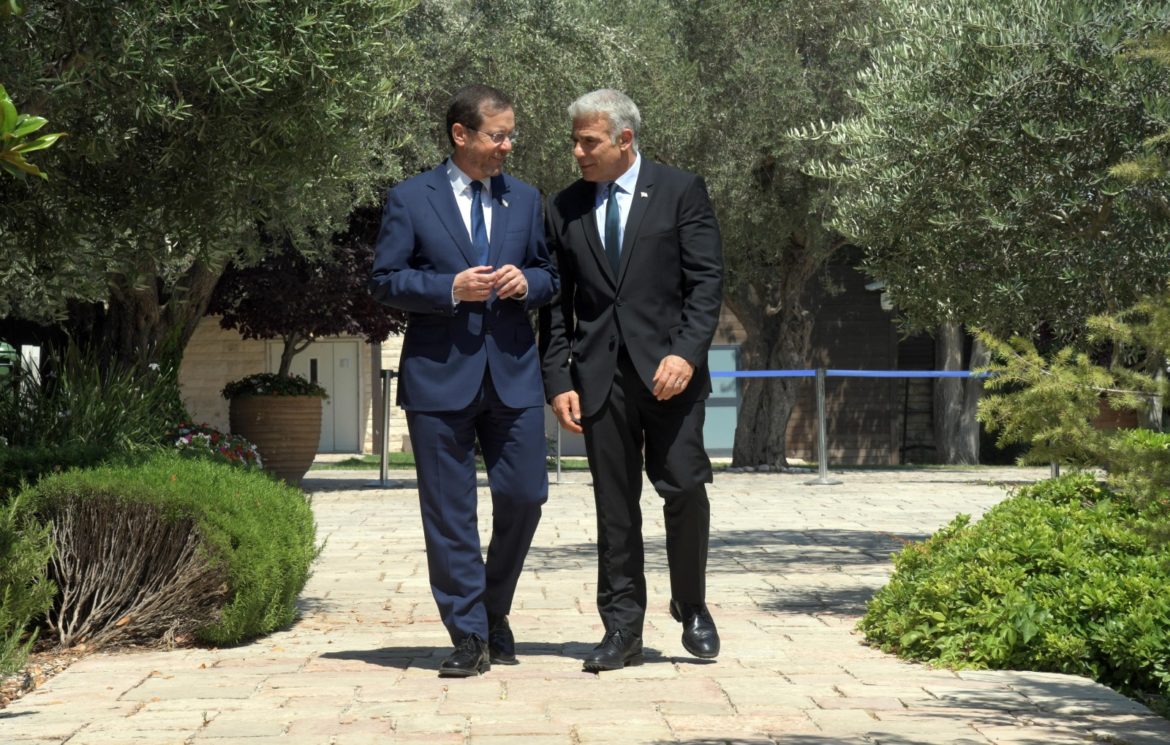 At the start of their meeting, President Herzog lamented Israel’s need to hold a fifth election in such a short period of time, calling it unhealthy for such a small country. Israel has a small economy and national elections cost it millions, while election day itself is a national holiday.

“We must remember that first of all, first and foremost, there is a state to run, a country to lead, a country that must take care of its citizens’ needs, even if there are elections,” said the President.

President Herzog congratulated Lapid, whom he called a friend and described as coming into the job role with great experience and many talents.

“I wish you great success, because your success is the country’s success, regardless of elections. Elections are elections, running the country is running the country. I offer you my help and support, as I have done with any other prime minister, and the same with you. I am sure that we will work together successfully.”

These comments by the President may have come in response to the public acrimony and public name calling conducted between the outgoing government and members of the opposition in recent weeks.

Yair Lapid: thanked the President for his remarks and spoke about how the two had clashed politically in the past.

Lapid said, however, that the two still respected each other and added that political opponents must remember that even if they have arguments, “they are arguments for the sake of the heavens, or for the sake of the State of Israel. So I have come here to receive a reminder and a blessing for the way ahead, because this has been your way your whole life.”

Also on Thursday, the new Prime Minister of Israel made his first visit to the Yad Vashem Holocaust Memorial and museum in Jerusalem in that capacity.

His father, Yosef “Tommy” Lapid, who was also a politician and a cabinet minister, was a Holocaust survivor. Lapid said that during his visit there, “I promised my late father that I will always keep Israel strong and capable of defending itself and protecting its children.”