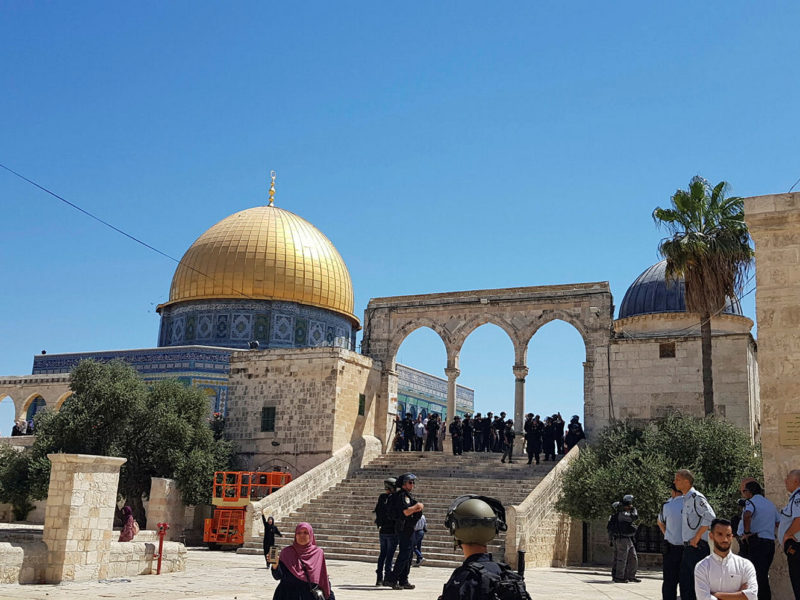 Almost 6,400 Jews prayed on the Temple Mount during the holiday season, from the week prior to Rosh Hashanah to the end of the Sukkot holiday, consisting of a 25% increase over the same period last year.

An impressive increase of 29% was recorded during the holidays themselves, from Rosh Hashanah to the end of Sukkot, with the visit of 5,601 Jews praying on the Temple Mount.

The peak came during the Sukkot holiday with 3,881 Jews who came to pray on the Temple Mount, a 42% uptick compared to last year.

Many of the Jewish visitors during the holidays reported a calm and joyful atmosphere during the visit with prayers in a quorum of 10 men, and there were some who visited the holy site with the Four Species during Sukkot. The police confiscated them in some cases.

The police prepared ahead of time with increased forces and enabled the visit of three and four large groups simultaneously, which made it easier to visit the site and shortened the waiting time ahead of the visit.

In one case, Muslims taunted a group of Jews, who responded with loud singing. The police removed the entire group of Jews from the Temple Mount.

The police detained five Jews during the holiday season on the Temple Mount, four for bowing and one for singing aloud.

Written by TPS / Photo by TPS

For just $100 per month you can bring the gospel to 10,000 homes. Join us as media missionaries! GIVE NOW
VIEW COMMENTS
« The Single Spiritual Practice To Prepare To Face Anything Elite IDF Search & Rescue Unit Shares Know-How With the World »