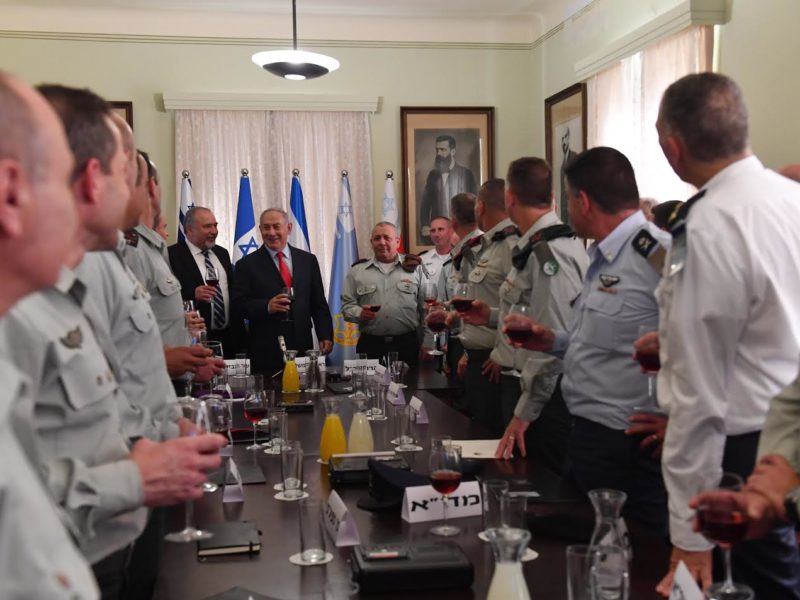 Prime Minister Benjamin Netanyahu, Thursday, attended toasts for the Jewish New Year with the security arms: IDF General Staff Forum, ISA, Atomic Energy Commission and the National Cyber Directorate. The Prime Minister briefed them on the 2030 security concept. PM Netanyahu to ISA personnel: “The ISA deters, thwarts and defeats on a daily and hourly basis those who seek our lives. Not a day goes by in which there is no preventive action. And if the State of Israel stands apart from the shocks roiling our region and from what is occurring in the countries around us, and it stands very much apart, it is not because there are no attacks or attempted attacks. It is because there is defense, counter-action and deterrence. Your part in this is considerable. Would that I could detail to the citizens of Israel on a daily basis the reports that I receive or the operations that I approve. It is easy for me to approve them because I rely on you. I see what you do. Now we must prepare for the future.”

A Toast to the New Year

For just $100 per month you can bring the gospel to 10,000 homes. Join us as media missionaries! GIVE NOW
VIEW COMMENTS
« What Gaza Could Look Like: IDF Releases Video Simulation Of Life In The Strip Without Terrorism Amid Chaos And Economic Collapse, Venezuela’s Jewish Community Seeks Safer Shores »