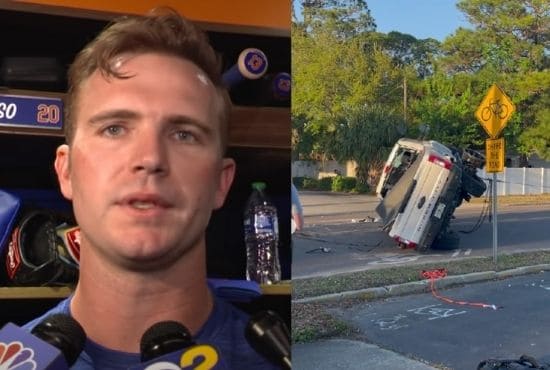 Earlier this week, Pete was involved in a horrific car crash. While on his way to Spring Training, a distracted driver ran a red light at an extremely fast speed and hit Pete’s Ford truck. His wife Haley, saw the entire scene as she was following Pete in her car.

“Once the car struck the side of his truck, it flipped 3 times and slid into where you see it in these videos. I slammed on my breaks, jumped out of my car, and ran up to his truck,” she wrote in an Instagram post.

She slammed the brakes and rushed to her husband, she was terrified to see what happened to Pete.

“I was terrified of what I was going to see, I couldn’t see inside the truck because the windshield was shattered. I screamed for him just hoping that he’d be able to answer me.” 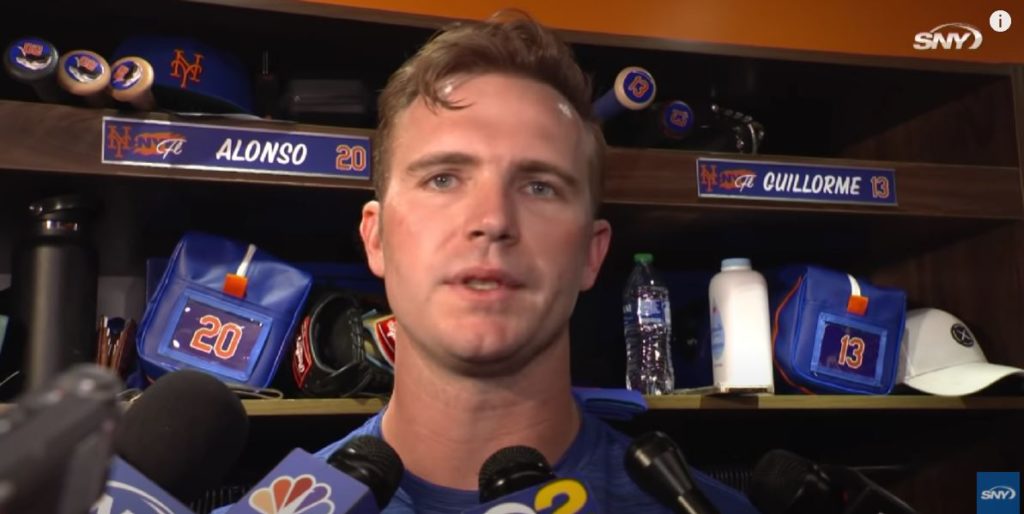 Thankfully, Pete was able to answer her and told her that he was okay. He pushed the broken windshield to get himself out of the wrecked car.

“He said he was ok and was going to kick out the windshield to escape since he was trapped. He got himself out and to everyone’s shock, only had a single scratch on his arm.”

Haley is calling it a miracle that Pete was able to survive the horrific car crash with just a single scratch.

“It’s a miracle that he’s safe after this horrifying accident. I thought I watched my husband die in front of me and I will never forget that feeling. This could’ve easily unfolded much differently and that’s what is so scary. Life can be taken from us in an instant.”

In an interview with SNY, Pete detailed the accident while saying that he is blessed to be alive.