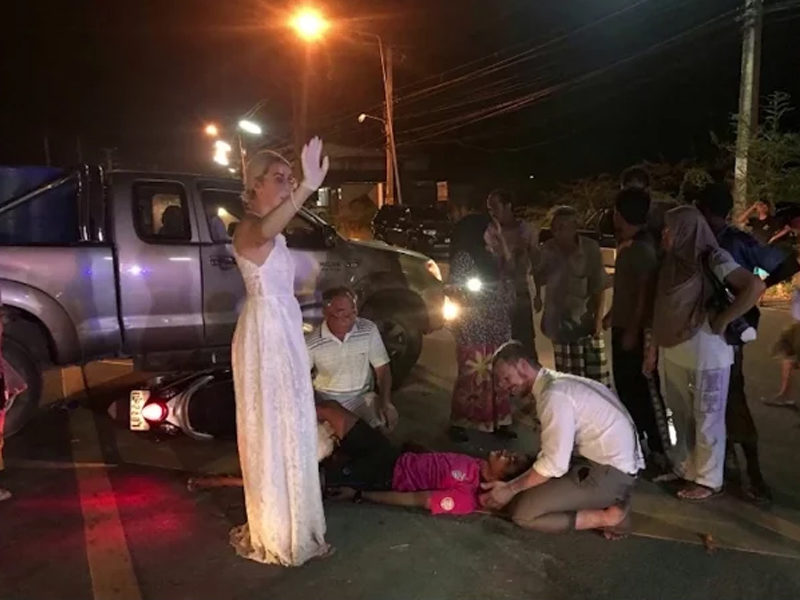 Newly married doctors stopped to help victims of a traffic accident on their way to their wedding reception.

Sarah and Jonathan were doctors that had just been married and were on their way to their wedding reception. They were foreign tourists in Krabi, Thailand when they decided to get married. Despite being off-duty from their medical work, the couple still showed how dedicated they were to save lives on their wedding day.

On February 17, the two doctors had just finished their wedding ceremony and were on their way to a hotel for their wedding banquet. While on the road, the newly married doctors witnessed a pick-up truck and motorcycle collide in the Nong Thale sub-district of Krabi.

The motorcycle driver was lying on the ground with injures to both legs. Both Sarah and Jonathan didn’t hesitate to help the injured 21-year-old. They called to authorities to report the accident. They waited for the rescue team, the couple treated the man with first aid and made sure he was safe.

Jonathan held the man’s head stable until the paramedics came. While Sarah was treating his leg injuries after diverting traffic. They were still both wearing their wedding gown and suit but they didn’t mind. They were just concerned for the man. 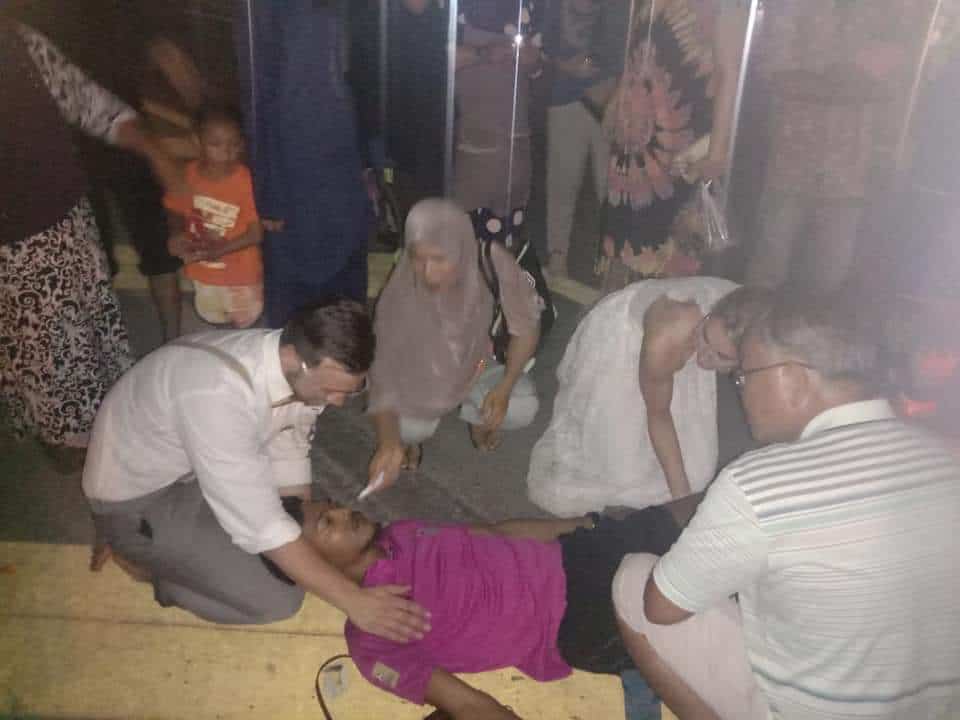 The young man’s injuries were, thankfully, not life-threatening. He was immediately rushed to the hospital after the rescue team arrived for further treatment.

This story of heroism that proves that no one is ever “too busy” to help others!

For just $100 per month you can bring the gospel to 10,000 homes. Join us as media missionaries! GIVE NOW
VIEW COMMENTS
« 40 Day Challenge Day #1 – Following Jesus Bullied Boy With Dwarfism, Quaden Bayles, Flooded With Support After Posting A Disturbing Video »