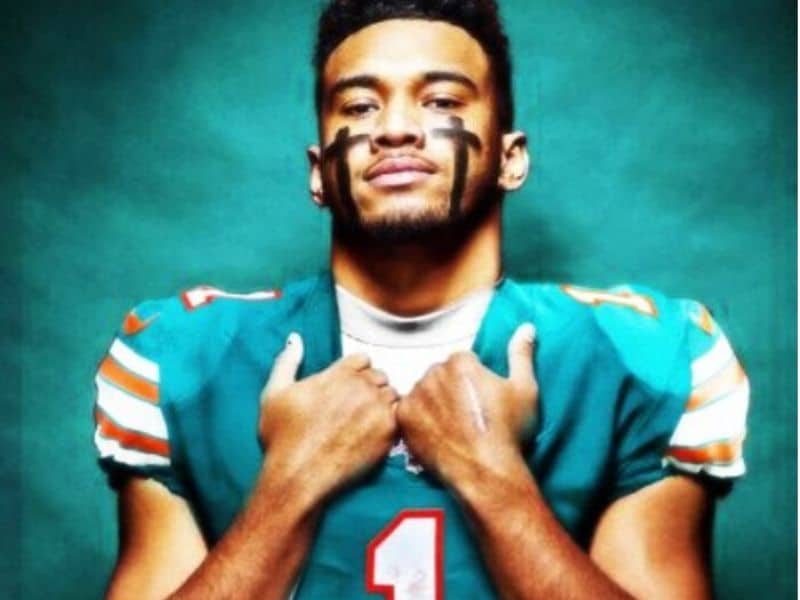 Rookie quarterback of the Miami Dolphins, Tua Tagovailoa, revealed his new jersey number on Twitter: 1. The Christian athlete says the number has a very significant meaning to him.

On his Twitter account, Tagovailoa posted a picture of himself wearing No. 1 for the Miami Dolphins. The team drafted the quarterback last month in the first month. In his caption, “For the Audience of 1,” Tagovailoa was referring to the popular Christian slogan.

The former University of Alabama quarterback shared with CBN the foundation of his life. “Your foundation is what you’re always going to revert back to. For me, my foundation is my faith and family,” he said. “You know my faith is what keeps me motivated when I can’t even stay motivated myself.”

“The greatest gift that God could have given us was His Son. It’s not just a matter of hearing what Jesus Christ is, it’s a matter of getting to know who Jesus Christ is. To really understand and really feel the identity of who you are because of the things that He’s done,” he added. “And I’d say you can only find your identity through Him, if you know Him.”

‘Audience of One’ or AO1 was popularized in football by Christian players of Philadelphia Eagles. In week 13 of the 2016 NFL season, they wore customized cleats with AO1 on one shoe and ‘Romans 5:8’ on the other. Romans 5:8 reads, “But God demonstrated His own love for us in this: while we were still sinners, Christ died for us.” 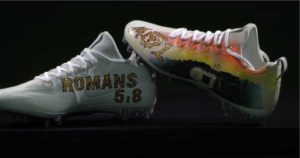 They also did a video explaining AO1. “It means that we are playing for an Audience of One. When the lights go on and all eyes are fixed on us, our eyes are fixed on Him: Jesus, the Creator of the universe. It’s not just a slogan, it’s a lifestyle. Living for Him, playing for Him, and giving Him all the glory. Win, lose, or draw – I play for an Audience of One.”

AO1: #MyCauseMyCleats (Audience of One)