Nikki Haley: ‘Israel is Not Going Away – When the World Recognizes That, Peace Becomes Possible’ | God TV
Israel 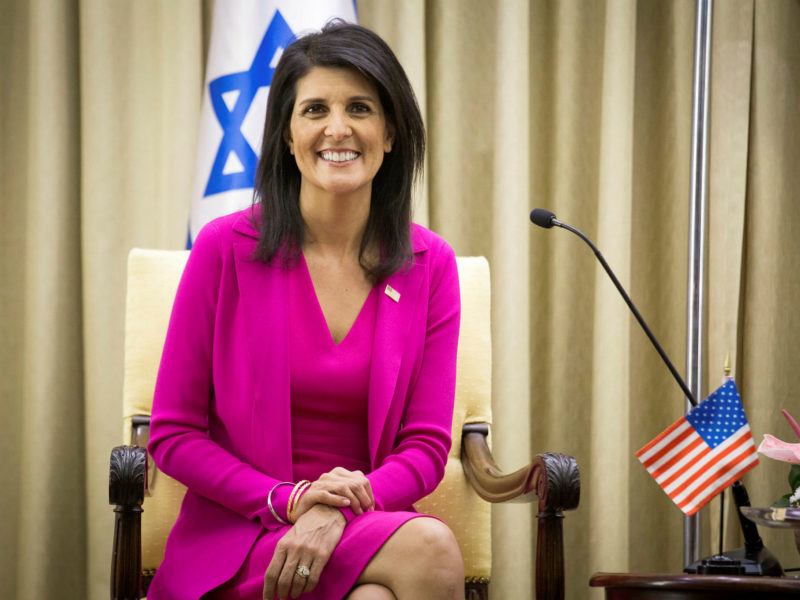 Former United States Ambassador to the United Nations (UN) Nikki Haley was honoured with the World Jewish Congress’ (WJC) Herzl Award on Wednesday, hailing the former diplomat’s “relentless support for the State of Israel, as a leading voice in the fight against the prevailing double standards and biases within the international community.”

Awarding Haley the prestigious prize in a ceremony in New York, WJC President Ronald Lauder addressed Haley as “perhaps the most courageous woman in America today”.

The Herzl Award recognizes outstanding individuals who work to promote Herzl’s ideals for a “safer, more tolerant world for the Jewish people”, according to the WJC.

Haley’s tenure at the UN saw the United States moving its embassy in Israel to Jerusalem.

The former Governor of South Carolina was frequently at the forefront of the fight against an anti-Israel bias in the UN. Speaking in New York during the ceremony, Haley addressed the bias, stating: “The UN’s bias against Israel has long undermined peace, by encouraging an illusion that Israel will go away. Israel is not going away. When the world recognizes that, then peace becomes possible”

Lauder warned Haley that she “will not be able to rest” because “even greater things” would now be expected of her, adding that “Like Herzl, you have championed a cause that has, and continues to have, more than its share of enemies. But it places you on the right side of history. And if there is anyone in this room that has the fire, the courage, and the faith to take on this test, it is you, Nikki Haleyץ”

Having been sworn in by Vice President Mike Pence in January 2017, Haley represented the United States at the UN for just under two years before resigning from her role in December 2018. She is currently active on US aerospace giant Boeing’s board of directors, joining the company in April this year.

German chancellor Angela Merkel was also presented with the 2019 award in October in a ceremony in Munich.

Merkel received the award for her support of the State of Israel and Jewish life in Germany and was hailed by Lauder “the symbol of all that is good in post-war Germany” and “the guardian of democracy, the guardian of civilization and the guardian of Europe”.

For just $100 per month you can bring the gospel to 10,000 homes. Join us as media missionaries! GIVE NOW
VIEW COMMENTS
« Kanye West’s ‘Jesus Is King’ Tops US Billboard Chart Deputy FM: Israel Actively Helping the Kurds »